The Constitution Speaks in the Future Tense

On the Constitutional Complaints Against the Federal Climate Change Act

Today, the German Constitutional Court issued its decision on four constitutional complaints challenging the 2019 Federal Climate Protection Act. While this decision was expected with much hope by the young climate activist complainants and their supporters, most established lawyers believed their chance for success was scant. The former hoped for a groundbreaking decision which would oblige the German legislator to take decisive climate protection measures, in line with the famous Urgenda rulings in the Netherlands (finally decided by the Hoge Raad, the Dutch Supreme Court, in 2019). The latter emphasized the procedural hurdles any complaint has to overcome: Individual rights-holders who challenge a legislative act need to show that it infringes their rights in an individual, direct and present way. What stands behind this norm – and the doubts raised against the constitutional climate complaints – is ultimately a question of separation of powers: Who ought to decide on climate issues?

Now, the Constitutional Court has decided. It held that the provisions of the Federal Climate Protection Act are “incompatible with fundamental rights insofar as they lack sufficient specifications for further emission reductions from 2031 onwards”. This decision is extraordinary in many ways: in its interpretation of the constitutional obligation to protect the environment (art. 20a of the Basic Law) as much as in its commitment to international cooperation and international law in climate issues. From this decision on, the German constitution will speak in the future tense.

What did the Court decide?

The 2019 German Climate Protection Act sets an emission reduction target of at least 55% by 2030 against the levels of 1990. With this trajectory, the Constitutional Court holds in its decision, the legislator does fulfill its duty to protect the claimants from harm against climate change at present. However, with view to future trajectories of necessary emission reductions, the court finds a “heightened risk of serious losses of freedom because there would then be a shorter timeframe for the technological and social developments required to enable today’s still heavily CO2-oriented lifestyle to make the transition to climate-neutral behaviour in a way that respects freedom”. According to the court, a climate target that allows for the depletion of the carbon budget constitutes an “advance interference-like effect (eingriffsähnliche Vorwirkung)” on individual freedoms. In other words: If we use the remaining carbon budget too quickly, there will be important restrictions of individual freedoms protected by the Basic Law at a later stage. Such a risk of serious individual rights restrictions has legal (and, indeed: constitutional) implications at present: “[E]very amount of CO2 that is allowed today narrows the remaining options for reducing emissions in compliance with Art 20a [Basic Law.]”

The ultimate climate target the court has in mind here, is the 1.5-to-well-below-2°C long-term temperature stabilization goal anchored in art. 2 para 1 lit a of the 2015 Paris Agreement and the German commitment to climate neutrality by 2050 (§ 1 Climate Protection Act). To avoid such interference-like effects on “practically every type” of individual freedoms, the court obliges the legislator to enact (until 31 December 2022) provisions on emission reductions from 2031 onwards, which are for now lacking in the Act.

For the first time, the German Constitutional Court has issued a decision regarding climate protection. While climate change litigation has become a worldwide phenomenon initiated by the 2007 EPA vs. Massachusetts decision of the US Supreme Court, it is still quite recent in Germany (see here and here for two of the most famous cases). In terms of constitutional provisions, the Basic Law does not provide for a right to a healthy environment (neither did the Constitutional Court in the present case decide upon the right to an ecological subsistence level put forward by the claimants). However, Art 20a Basic Law states that the State, mindful also of its responsibility towards future generations, shall protect the natural foundations of life and animals.

It has been for a long time undisputed that Art 20a of the Basic Law, which had been enacted only in 1994 to introduce the objective of environmental protection into the Constitution, encompasses climate protection. Now, however, the Constitutional Court offers a completely new understanding of this provision: Art 20a Basic Law is being upgraded as a benchmark for constitutionally required climate protection. To put it in the words of the Court: “In order to be constitutional, the advance interference-like effect of current emission provisions − an effect that arises not only de facto, but also de jure − must be compatible with the objective obligation to take climate action as enshrined in Art 20a [Basic Law].” Art 20a thus obliges the State to pursue climate protection and even aims at achieving climate neutrality. This obligation is tightly connected to the protection of future generations, so that those “who wish to continue preserving these foundations are not forced to engage in radical abstinence”. What is more: this obligation is justiciable. In relation to scientific uncertainty, art. 20a of the Basic Law, according to the court, imposes a special duty of care on the legislator. With this move, the court answers the question of causality in relation to climate change, a highly disputed issue in other climate change cases.

Finally, it is the famous principle of proportionality that gives the case its direction. While the court negates a violation of art. 20a of the Basic Law, conceding a margin of appreciation to the legislator, it concludes that the current climate protection provisions violate the principle of proportionality. This principle demands, according to the court, a proactive and rightsfriendly distribution of the remaining carbon budget. Here (and again: for the first time), the Constitutional Court introduces the protection of future generations and the principle of intergenerational equity into the German Constitution: “[O]ne generation must not be allowed to consume large portions of the CO2 budget while bearing a relatively minor share of the reduction effort if this would involve leaving subsequent generations with a drastic reduction burden and expose their lives to comprehensive losses of freedom.” As climate change will proceed, climate protection measures will become a constitutional duty interfering with all types of individual freedoms. This burden may not be placed disproportionately on future generations. While the concrete measures that will be needed in the future are not foreseeable for the court, it nonetheless presumes a significant risk of serious burdens which ask for precautionary steps taken at present: “This also requires initiating the transition to climate neutrality in good time.” For this condition to be met, a mere governmental obligation to update the climate targets by 2025 and onwards via ordinances, as foreseen in the Climate Protection Act, is insufficient. “The legislator must at the very least determine the size of the annual emission amounts to be set for periods after 2030 itself or impose more detailed requirements for their definition by the executive authority responsible for issuing the ordinance.”

A Deep Bow to International Law and Cooperation

This decision will be studied by the international community. The Constitutional Court seems to anticipate this with press releases both in English and French. For German lawyers, a new reading of art. 20a of the Basic Law will become an important task, connecting international legal provisions with constitutional law. All this is to be welcomed. However, this decision also respects the legislator’s role in the picture, and eyes will be upon the Parliament to see what use it will make of the leeway left by the court. 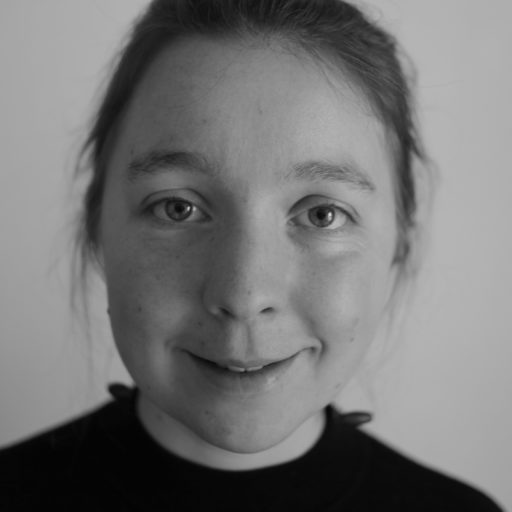 Anna-Julia Saiger Anna-Julia Saiger, LL.M. (KCL) is a PhD candidate at Humboldt University Berlin. She currently works as a research assistant at Albert-Ludwigs-University Freiburg and as a legal trainee at the Higher Regional Court in Karlsruhe.

Other posts about this region:
Deutschland 1 comment Join the discussion
pixel_not_set
Go to Top