The Constitutional Siege on Article 370

“After centuries, we have reached the harbour of our freedom, a freedom, which, for the first time in history, will enable the people of Jammu & Kashmir…to shape the future of their country and mould the future organs of the Government. We are free at last to shape our aspirations as people and to give substance to the ideals which have brought us together here…The basic democratic principle of sovereignty of the nation, embodied ably in the American and French Constitutions, is once again given shape in our midst.”

On August 5, India revoked Article 370, a controversial provision in the Indian Constitution, which happened to be the only link between the State of Jammu & Kashmir and the Indian Union. After its revocation, the Union parliament passed a bill to reorganise the State into two federally administered Union Territories, a move which some have labelled as “illegal occupation” of the State.

The State of Jammu & Kashmir is essentially an associate state of India and not one of its constituent units. The Indian territory that exists today consists of the former British Indian territories, which were directly ruled by the British and, the princely states, over which the British acted as suzerain. While the latter territories merged into India after effecting a number of instruments and covenants in favour of the Indian Union, the State of Jammu & Kashmir (J&K), through an Instrument of Accession (IoA), only transferred law-making powers in respect of three subjects to the contemplated Union of India. As elaborated in the White Paper on Indian States issued by the Government of India in 1950, this procedure was a “halfway house” between complete separation and full integration. This arrangement ensured that the sovereign nature of J&K would continue since the accession only transferred public functions and not sovereignty. All the powers that the union would exercise were still derivable from J&K.

By the time the Indian Constitution was enacted, all the princely states had merged into India. To make a provision which remained true to the terms of accession, Article 370 was inserted in the Indian Constitution to govern the relationship between India and J&K. Through Article 370, any subject matter from the Union List or Concurrent List or any constitutional provision which corresponded to the acceded subject (defence, communications and external affairs) could be extended to the State with consultation of the State government. Any other subject matter or constitutional provision which was to be applied to the State had to be with the concurrence of the State government. And the same concurrence had to be placed before the constituent assembly for its final decision, in accordance with Article 370(2). Under Article 370(3), the President could declare the article as inoperative or operative with modifications on the prior recommendation of the constituent assembly of the State. It was clearly envisaged that once the constituent assembly defines the federal jurisdiction and enacts the State constitution, changes in Article 370 or its repeal would be recommended.

Sheikh Abdullah’s statement in the State’s constituent assembly on Article 370 is pertinent:

“The Constitution does not mean that it [Article 370] is capable of being abrogated, modified or replaced unilaterally. In actual effect, the temporary nature of this Article arises merely from the fact that the power to finalize the constitutional relationship between the State and the Union of India has been specifically vested in the Jammu and Kashmir Constituent Assembly. It follows that whatever modifications, amendments or exceptions that may become necessary either to Article 370 or any other Article in the Constitution of India in their application to Jammu and Kashmir are subject to decisions of this sovereign body.”

The Basic Order of 1954 and the Presidential Order of 2019: Towards a New Kesavananda?

In his inaugural address to the constituent assembly, Sheikh Abdullah elaborately dealt with the consequences of J&K’s accession to either India or Pakistan. Once the accession to India was ratified, the Drafting Committee came out with its report which indicated how and with what modifications the Indian Constitution was to apply to the State. Based on the recommendations of the constituent assembly, the President passed the Constitution (Application to Jammu & Kashmir) Order of 1954 or the Basic Order which enacted a modified version of the Indian Constitution in J&K. Art. 81, for example, which provides for direct elections to Lok Sabha (the lower house of India’s parliament) as applied to J&K, provided for nominations by the State legislature. This was upheld by the SC in the Puranlal Lakhanpal case. The Basic Order superseded the earlier order passed by the former ruler.

While there have been many arguments made on the method in which Article 370 was effectively abrogated in its application to J&K, the Presidential Order has received scant attention. The SC will have a very crucial role to play in order to harmonise the debates about the temporary or permanent nature of Article 370. One way to do that would be to introduce and recognise the doctrine of implied limitations on Presidential Orders post-1957 by arguing that the Basic Order is a constitutional document and not an ordinary Presidential Order. Recall that the Basic Order enjoys the authority of the constituent assembly of the State. At a normative level, it must enjoy more salience than “ordinary” Presidential Orders which only have the authority of the State government, State legislature and in some cases the Governor. That is yet another area where the SC must provide reasoned conclusions, i.e. whether the concurrence has to be given by the State government or the legislature because we have witnessed all three up till now.

The Indian constitution as enacted by India’s constituent assembly did not apply to the State until 1954, i.e. it did not exist in the State’s legal space, apart from the subject matters corresponding to those specified in the IoA. The J&K Constituent Assembly was convened, constituted of the “people of the State of Jammu & Kashmir” for the following purposes: drafting a constitution for the State, deciding the question of accession, defining the federal jurisdiction, and taking a decision on the Head of the State. As AG Noorani points out: “The Constituent Assembly of J&K was not a gift of the Centre. It was an assertion of the people’s right to be their own masters. It was convened under a Proclamation of the Head of State dated 1 May 1951. It was elected directly by the people under adult suffrage.” Since the Indian Constitution as enacted by its constituent assembly did not apply to the State, Justice Nariman’s assertion that “J&K’s Constitution is subordinate to the Indian Constitution” is not too compelling an argument considering that both the Indian Constitution as applied to J&K and the J&K constitution derive their legitimacy from J&K’s constituent assembly.

Once the constituent assembly had defined the federal jurisdiction and enacted the State’s constitution, it was dissolved. There is an important development post-1957 which historians and scholars have ignored. All the presidential orders that have been passed after the constituent assembly was dissolved are “amendment orders” in the form of Constitution (Application to Jammu & Kashmir) Amendment Orders.  These orders have the effect of amending the Basic Order of 1954 which implies that the state government/state legislature exercises only amendment powers and not the power to completely overhaul the Basic Order. And as per the basic structure doctrine enunciated in the landmark case of Kesavananda Bharati v. State of Kerala, aptly described by Justice Chandrachud in the Minerva Mills case: “Amend as you may even the solemn document which the founding fathers have committed to your care, for you know best the needs of your generation. But, the Constitution is a precious heritage; therefore, you cannot destroy its identity.” The problem with the 2019 Order is that, passed under amendatory powers, it seeks to supersede the Basic Order. This would be equivalent to enacting a new constitution under amendment powers.

Keeping this in mind, it would mean that Article 370 was temporary to the extent that the constituent assembly between 1951-57 was of a temporary nature, as is the characteristic of constituent power. Post 1957, however, it has allowed the State to amend the Basic Order and, to that extent, it has gained permanence. Considering that all Presidential Orders since 1957 have been passed as Amendment Orders, this would imply that the 2019 Order could only have amended the Basic Order and not enacted a new one. For that, a new constituent assembly would have been required since the powers to define the relationship were the sole domain of the constituent assembly. Just like the parliament under its amendatory powers cannot amend the essential features of the Indian Constitution or enact a new constitution under those powers, similarly, the State government cannot recommend such changes which violate the basic structure of the Basic Order of 1954 or enact a new Presidential Order under those powers. The essential features can be culled from important documents like the Instrument of Accession (IoA) and the Delhi Agreement which formed the premise of the Basic Order. This would require a review of the Sampath Prakash case.

Historically, the SC has failed to acknowledge the role of the constituent assembly in giving finality to the relationship between the State and the Union. In the Puranlal case, it held that the power to modify the Indian Constitution was absolute without any limitations in light of the modification of Article 81. It is important to note here that modification of Article 81 was recommended by the constituent assembly. In the Sampath Prakash case, the question related to the power of the President to pass Orders after the constituent assembly had been dissolved. The court held that the powers of the President to pass Presidential Orders continued since no recommendation for repeal was made. Another argument that was made pertained to the substance of such Orders after the dissolution of the constituent assembly. It was argued that the power under Article 370(1) should be limited to “making minor alterations” and should not cover the “power to practically abrogate an article of the Constitution applied in that State”. The court decided not to engage with this argument given the binding nature of the holding of the court in the Puranlal case. The court failed to acknowledge that the Puranlal case was decided in the context when the constituent assembly was functioning and in the Sampath Prakash case the question pertained to the post-constituent assembly phase, i.e. the power of the State was in question. In light of this, reliance on the Sampath Prakash case as a precedent is questionable and hence the need for a review to accept a doctrine of implied limitations. 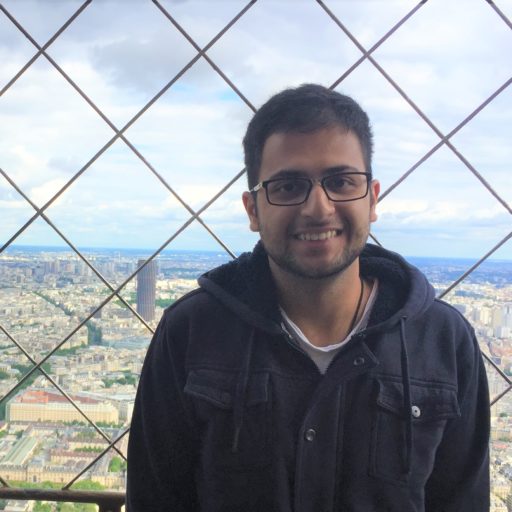