Much was at stake in the LM / Deficiencies decision, one of the last but most anticipated decisions of this judicial year. Two of the thorniest issues of EU constitutional law crossed their paths: the EU’s reaction to the constitutional crisis in Poland, on the one hand, and the operation of the European Arrest Warrant under the principle of mutual trust, on the other. The Court of Justice was called to strike a complex balance between different interests, a balance that was bound to be controversial.

In my view, it managed to strike this balance in a fairly positive manner. The ruling of July 25 is clearly a step forward compared to the Opinion of Advocate General Tanchev, widely received with disappointment, including on this blog (see here and here). While it is true that the operative part of the ruling is not too dissimilar – the execution of a European Arrest Warrant (EAW) can be suspended in case of systemic deficiencies with the rule of law, threatening the essence of the right to a fair trial, only after an individual assessment of the concrete situation of the applicant – the underlying tone and reasoning of the Court are more convincing. While the ruling was not the defining ‘constitutional moment’[1] that some colleagues expected, this moment might be only postponed. The Court made it clear that ‘red lines’, to use the expression suggested by the first contribution to this symposium, already exist in European constitutional law, and that it is willing to operationalize them.

The ruling of the Court: explicit and implicit messages

The Court strikes this complex balance combining different techniques and languages. There are on the one hand the traditional mutual trust arguments: the Court repeats that mutual trust is a principle of fundamental importance for the Union’s legal order – making a textbook reference to Opinion 2/13 (this is also repeated in a second decision delivered on July 25, C-220/18 PPU ML) – and that it can only cease to operate in ‘exceptional circumstances’. Thus, the Court is not ready to do away with the need for an individual assessment of the specific and particular conditions of the applicant. At the same time, the Court gives significant leeway to the national court in ultimately deciding both on the existence of a systemic deficiency and on the individual assessment. On the basis of the Court of Justice’s decision, it seems the Irish High Court has sufficient margin to decide that sufficient guarantees of judicial independence are not present in the LM case, also considering that the case has now evidently become a political one (see also the comments delivered after the ruling by the Polish Minister of Justice). Hence, the re-affirmation of the mutual trust doctrine is balanced by the more implicit recognition of a wide margin of discretion for the national court.

In a second sense, the orthodox mutual trust arguments are balanced by a series of quite explicit signals that the Court considers the situation in Poland problematic. These paragraphs serve as a reminder on the existence of red lines in European constitutionalism. One of these messages, and also an important difference between the ruling and the Opinion of the Advocate General, is the emphasis on the concept of judicial independence. The Court holds that judicial independence ‘forms part of the essence of the fundamental rights to a fair trial’ (para 48), which seems to mean that any breach of the requirement should be considered a breach of the essence of the right. This is clearly a higher standard than that requested by the Advocate General, who argued that a lack of independence would only breach the essence of the right (and amount to ‘flagrant denial of justice’) ‘if it so serious that it destroys the fairness of the trial’ (para 93 of the Opinion).

A second signal is given in para 61, where the Court gives instruction to the referring court on the materials to be evaluated in determining the existence of systemic deficiencies. The Court affirms that the Commission’s reasoned proposal under Article 7(1) ‘is particularly relevant’ for that assessment. If we also consider the long summary of the Commission’s document in the first part of the ruling (paras 18-21), there are reasons to believe that the Court shares much of the concerns expressed by the Commission. And finally, the several references to the decision C-64/16 ASJP are an important message as well. In that ruling, the Court intentionally expanded the reach of EU law – specifically, of Article 19 TEU – to ‘the fields covered by EU law’, and it is now even more evident that it did so with the intention to assess the Polish judiciary reform in the future. If the Court had not stretched the interpretation of EU law in this manner, the most problematic profiles of the reforms, including those on the Supreme Court, would have arguable fallen outside the scope of EU law. The fact that the Court exercises caution in exercising this newly acquired (and self-conferred) power of review is, in my view, a positive sign of self-restraint (for a different view, see Mattias Wendel’s contribution to this debate). But there will soon be further opportunities to exercise these powers.

Generally, the framing of the LM case did not make it easy for the Court to take a bold position on Poland. The infringement actions on the Law on Ordinary Courts (see C-192/18, Commission v Poland, pending) and on the Law on the Supreme Court seem much more promising opportunities for giving real bite to the red lines, or in other words for determining the boundaries of the Union’s constitutional project.[2]

In the first place, the perspective through which the LM case reached the Court cannot be forgotten. The gist of the case was the protection of individual fundamental rights and the interpretation of the EAW Framework Decision; not the legislative changes operated by the Polish Parliament and the rule of law situation in Poland in general. Of course there are crucial connections between the two facets, but the applicant and the referring court asked the Court of Justice precisely how the rule of law situation in Poland reflected on the individual position of the applicant and on his right to a fair trial. The referring court even took for granted the existence of a breach of the rule of law in Poland. Thus, the substantive situation, i.e. the reforms undertook by the Polish government, were certainly crucial as a context and background of the decision, but not the core concern of the Court.

On the other hand, in the infringement procedures, the key concern of the Court will be whether the new legislation complies with the Article 19 TEU and in particular the requirement of judicial independence it is deemed to include (see again the ruling in ASJP). In other words, the attention will specifically be on the value of the rule of law as ‘specified’ by Article 19 TEU. Moreover, there will be no, or at least less, conflicting interests to safeguard, such as protecting the smooth functioning of the EAW or generally the effectiveness of EU law.

The second point relates to the consequences and effects of a possible ruling. Taking a strict stance in LM would have meant for the Court to assess the (potential) independence of all Polish courts, and possibly removing the Member State and its courts from the European legal sphere. I doubt that this would have ultimately been beneficial for the protection of EU values and the rule of law in the country: the Court would have lost its natural allies, the domestic courts; the reaction at the political level would have been extremely harsh, with further attacks to the Court legitimacy and authority; and finally Polish (EU) citizens might have been deprived of the protection offered by the Union legal system.

In the infringement actions, the rulings will be much more targeted and precise. The assessment will concern the pieces of legislation adopted and their alleged negative effects on judicial independence. If the Court finds a breach of EU law, Polish authorities will be forced to take measures in order to remedy the breach – in this sense, it will be important that the Court, learning from previous Hungarian mistakes, makes clear that ‘symbolic and creative’ forms of compliance[3] would not be acceptable – and if they fail to do so, the procedure of Article 260 TFEU would become available.

The importance of the political game

The two pending infringement actions are thus even more central to the current EU rule of law crisis and may give a better contribution to addressing the concrete problems on the ground. And so are the proceedings under Article 7 TEU. As frustrating as it might be for us lawyers to wait for the Council and Parliament’s deliberations, it should not be forgotten that the EU treaties themselves leave space for the ‘political game’ when it comes to the protection of EU values. Most importantly, they do so when they exclude the Court from substantive deliberations under Article 7 TEU (see Article 269 TFEU).

Hence, while it is true that the Court cannot simply leave all responsibilities to political authorities, it should not completely replace them and the procedures created by the Treaties. Furthermore, the political game is clearly on, as showed by the hearing before the Council a few weeks ago: it would be wrong to say that the Article 7 has already proven unworkable and that the Council has failed to take up its responsibilities. Both the decisions under Article 7 TEU and the future rulings in the pending infringement actions will therefore be crucial constitutional moments for the Union. The showdown some were already excepting in the LM decision is merely postponed.

[2] Monica Claes and I made a similar argument in a comment to C-64/16 ASJP: M Bonelli – M Claes, ‘Judicial Serendipity: how Portuguese judges came to the rescue of the Polish judiciary’, EuConst (forthcoming).

[3] Agnesz Batory, ‘Defying the Commission: Creative Compliance and Respect for the Rule of Law in the EU’, Public Administration (2016). 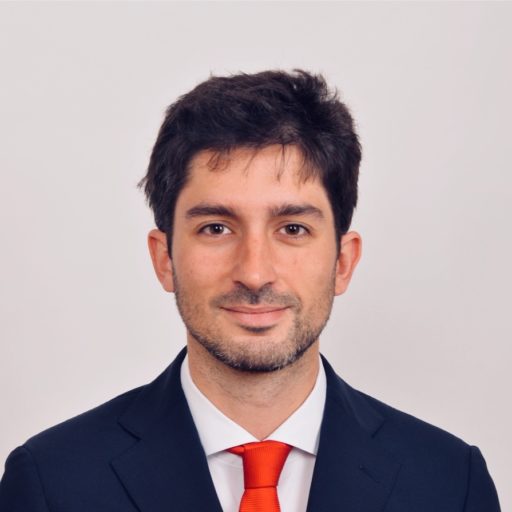 Matteo Bonelli Matteo Bonelli is a PhD Researcher at the Faculty of Law, Maastricht University, and a member of the Maastricht Centre for European Law (MCEL).
Other posts about this region:
Polen No Comments Join the discussion
Go to Top