This problematic state of affairs reflects the ongoing racialization of European borders, and that of Dutch borders in particular, as addressed elsewhere in this Symposium. The committee on the Elimination of Racial Discrimination, for example, has stressed that the Dutch ‘pre-entry test’ requirement ‘only applies to migrants from certain countries, which can result in discrimination based on nationality, particularly between ‘western’ and ‘non-western’ state nationals’. This observation by the Committee does not only highlight the human rights issue at stake, but also clearly exemplifies the difference in treatment between nationals from ‘western’ and ‘non-western’ countries. This blogpost will further analyse the compatibility of the aforementioned pre-entry test with Article 14 ECHR and Article 2 ICCPR (non-discrimination clause) and Article 7(2) of the Directive. Two other requirements, knowingly age and income, will also be briefly discussed. It is argued here that the pre-entry test seems problematic in the light of the aforementioned international human rights law standards and the EU Directive.

Flowing from the principle of state sovereignty, states have the right to control migration and the entry of non-nationals, as recognized by the European Court of Human Rights (ECtHR) in Abdulaziz. This also implies that states are allowed to design their own procedures for family reunification broadly understood—both in terms of family formation and reuniting with one’s family.

Following the Integration Abroad Act (Wet inburgering in het buitenland), foreigners who wish to reunite with their family and need to apply for an MVV, are required to pass an integration exam before entering the Netherlands. The exam tests the participant’s reading and speaking skills, as well as their knowledge of the Dutch community. Nationals from the abovementioned countries who do not need an MVV, do not need to take this so-called ‘pre-entry test’. Nationals form mostly non-western countries are obliged to pass this test, unless they are minors. Importantly for this Symposium, nationals from former Dutch colony Suriname are only exempted from the test if they have ‘at least, either in Suriname or the Netherlands, completed primary school in the Dutch language’, as discussed here. As of January 2022, Turkish family migrants are also obliged again to take the integration exam.

The pre-entry test is thus in most instances a requirement that needs to be fulfilled before being able to apply for family reunification in the Netherlands. The other main requirements are minimum age and income. The aforementioned three requirements are based on the EU Directive 2003/86/EC on the right to family reunification. With regards to age, the partner of the sponsor who wants to form a family with his/her partner from abroad, must be 21 years old. The argument used to justify this minimum age is to prevent forced and arranged marriages. If the sponsor wishes to reunite with his or her children, the latter must be minors.

The Netherlands is a party to human rights conventions such as the European Convention on Human Rights (ECHR), the International Covenant on Civil and Political Rights (ICCPR) and the International Convention on the Elimination of All Forms of Racial Discrimination (ICERD), meaning that it is obliged to ensure the rights and obligations laid down in these documents to ‘all the individuals within its territory and subject to its jurisdiction’ (ICCPR) or within its jurisdiction (ECHR). The Netherlands is thus bound by these conventions when it determines on family reunification policies and requirements.

Looking at the Dutch pre-entry test, it is clear that it is mostly nationals from non-western countries but also from former Dutch colonies who are obliged to pass the exam before entering the country, thus resulting in a potentially discriminatory situation. The non-discrimination clauses are laid down in Article 14 ECHR and Article 2 ICCPR. These provisions prohibit discrimination on the basis of, among others, ‘sex, race, colour, language, religion, national or social origin and association with a national minority’. As mentioned, states are allowed to control the entry of non-nationals. The measures used however should not violate the non-discrimination principle, in this case on the basis of nationality, and should be proportionate, as will be discussed below. In Moustaquim, the ECtHR mentioned that it is possible to treat EU nationals differently than non-EU nationals, since EU countries belong to ‘a special legal order’. However, as mentioned above, there are also some non-EU countries the nationals of which are not obliged to conduct the test. Following the ECtHR in Dhahbi, ‘very weighty reasons’ need to be provided by the state to justify ‘a difference in treatment exclusively based on nationality’.

Before being able to proceed with the assessment of the legitimacy of the pre-entry test, the question is whether the convention in question (ECHR or ICCPR) is applicable to this issue. The difficulty with the pre-entry test is that the individuals who need to sit the test are outside the territory or jurisdiction of the Netherlands, meaning that the Netherlands is not obliged to ensure their human rights. The extraterritorial application of human rights conventions is subject to great academic discussion. The two main models of application are the spatial and personal model. Problematically, neither of these models seem to apply to the situation in question, meaning that there must be another way through which a meaningful link can be established between the Netherlands and the foreigner who needs to pass the test for the human rights conventions to apply. Answering this question would move beyond the purpose of this blogpost, but it is certainly relevant to highlight the discussion on this point.

Moving on with the assessment of the compatibility of the pre-entry test with the non-discrimination principle, the test must pursue a legitimate aim and be proportionate to that aim. The aim of the test is the enhancement of integration of immigrants through knowledge of the Dutch language and community. Leaving aside the fundamental problems with the concept of integration itself, it is however questionable whether it is proportionate to the aforementioned aim that some nationalities are exempted from the test and others are not. Regarding this distinction, the Dutch government argued that the countries whose nationals do not have to pass the test are socially, politically and economically similar to EU countries. Recalling the ‘very weighty reasons’ needed to differentiate on the basis of nationality, it might be more proportionate to the aim of integration to require all non-EU/EEA nationals to pass the pre-entry test. In this regard, it is worth mentioning that the committee on the Elimination of Racial Discrimination recommended the Netherlands to review its legislation containing the pre-entry test ‘with a view to abolishing the discriminatory application of the civic integration examination abroad to ‘non-western’ state nationals.’ The pre-entry test would conflict with Article 2 and 5 of the ICERD.

Regarding the Dutch age and income requirements, it does not look like these requirements are problematic in the light of international human rights standards, for example the right to family life (Article 8 ECHR and Article 23 ICCPR). Both requirements have, as mentioned above, a specific aim, knowingly the prevention of forced marriages and making sure that the sponsor can take care of him/herself and family members. The measures used also seem proportionate to reach these aims.

Following Article 7(2) of the EU Directive, ‘member states may require third country nationals to comply with integration measures, in accordance with national law’. The main difficulty coming with the Dutch implementation of this provision is that Article 7(2) allows ‘integration measures’ before entering the country, but not ‘integration conditions ’. The Dutch pre-entry test can be classified under the latter category, since not passing the test means that the MVV applicant cannot enter the Netherlands to reunite with family. Passing the test is thus a condition for entry. It can therefore be questioned whether needing to pass the pre-entry test is compatible with Article 7(2) of the Directive.

With regards to the question mentioned above, a Dutch Court requested a preliminary ruling by the European Court of Justice. Following the European Commission, the test is not compatible with Article 7(2) ‘if family reunification will be refused on the sole ground that the applicant has failed the integration test’. After this conclusion by the Commission and action taken by the Dutch government in the aforementioned case, the CJEU found it not necessary to provide a preliminary ruling, leaving the compatibility question unanswered.

To conclude, it can be argued that especially the pre-entry test requirement of the Dutch family reunification procedure is potentially at odds with international human rights law standards (non-discrimination principle) and the EU Directive on the right to family reunification. 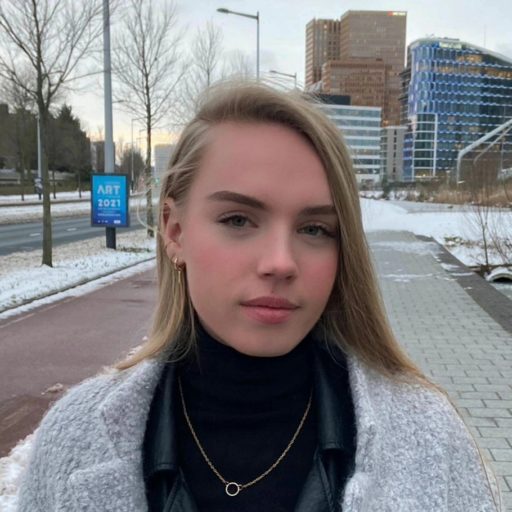