The European Union and the United Kingdom currently risk being victims of their own vaccine nationalism. The time pressure for securing as many vaccine doses against COVID-19 as possible has led to hiccups and even tensions between both. At the heart of the matter is AstraZeneca’s delay in distributing a given number of doses in the European Union. Meanwhile, it continues to serve the United Kingdom in a timely fashion.

In a speech of 26 January 2021, European Commission President von der Leyen announced the possibility of implementing a “vaccine export transparency mechanism”. Though the details are not yet particularly clear, the aim of this mechanism would be to undertake a stricter monitoring of how many vaccine exports are being made from the European Union. The threat of imposing export restrictions, including to the United Kingdom, is now on the table.

The scenario above sheds light on the consequences of the “me-first” logic underlying vaccine nationalism. As we have argued elsewhere, avoiding this was an objective of the global alternative for COVID-19 vaccines procurement, the COVAX Initiative, developed mainly by the World Health Organization (WHO), the public-private-partnership Gavi (the Vaccines Alliance) and the Norwegian NGO Coalition for Epidemic Preparedness and Innovation (CEPI). We argue that by opting for the bilateral instead of the global and multilateral approach, the European Union and the United Kingdom now witness a face-off of their own creation, while endangering the effective distribution of a life-saving medicine.

A Bilateral vs a Multilateral Approach to Vaccine Procurement

At the core of the United Kingdom’s and the European Union’s vaccine procurement strategy are Advance Purchase Agreements (APAs), addressed at length here. These consist of bilateral contracts struck between a pharmaceutical developer, on one hand, and a potential buyer – whether public institutions or also private actors – on the other hand with a commitment for an unfinished product. The buyer undertakes to purchase a certain amount of doses at a negotiated price, as well as providing financial guarantees beforehand in case they do not. In return, pharmaceutical companies commit to provide that amount of the projected vaccine once authorized for use by a regulatory agency – in the case of the European Union, the European Medicines Agency. Due to uncertainties related to the vaccines’ research development process, these commitments entail a degree of risk. However, the vaccine developed and produced by AstraZeneca jointly with Oxford University has already received regulatory authorization by the EMA.

Although the question of “how much” doses have been purchased is not disputed, the one of “when” exactly a pharmaceutical company has to deliver the vaccine is currently in the eye of the storm. The European Union and AstraZeneca have had a public fall-out over the respective duties in their bilateral APA. On 25 January 2021, after a series of discussions with the pharmaceutical company, the President of the European Commission, Ursula von der Leyen, expressed her dismay at the company’s announced delays in the delivery of the amount of doses promised back in 2020.

This is exactly the situation that securing the vaccine through COVAX would have avoided. Indeed, while now the general impression is that COVAX has been set up for low-income countries (“financed states”), it was actually designed to allow every state to secure doses through it, i.e. a truly multilateral and global approach. Higher income states can join as “self-financing participants”. For that purpose, they sign a standard legal agreement with Gavi, the Vaccines Alliance, the legal administrator of COVAX. In turn, Gavi signs contracts with pharmaceutical companies, similar to what the European Commission does. In the first phase of distribution, all countries participating in COVAX receive doses for up to 20% of their population, with the option for self-financing parties to secure more afterwards.

Since Gavi signs only a single agreement with each pharmaceutical company, this prevents states from outbuying each other to get better deals, i.e. faster deliveries. It also guarantees a standard price for everyone – a matter which last December led to controversy, since some states, such as the United States, paid more than others for the same product through their bilateral APAs.

Furthermore, COVAX offers more transparency than bilateral APAs. Through their agreements with Gavi, self-financing states can know the terms and conditions of every other vaccine-receiving state at the outset, since the model agreements are publicly available. Conversely, bilateral APAs between states or the EU and pharmaceutical companies often include non-disclosure clauses, as reported in detail here. Matters such as potential liability for failing to fulfill contractual obligations are often beyond the public eye. There are exceptions, such as the APA between the European Commission and the German pharmaceutical company CureVac. However, as bilateral APAs proliferate, states and supranational institutions signing them usually have no way of knowing whether other states have obtained different, possibly better terms and conditions.

The lack of transparency of numerous APAs is currently being put into question. President von der Leyen claims that the agreements the European Commission had signed with the company were meant to legally ensure delivery of a determined volume after regulatory authorization. Conversely, the Chief Executive Officer of AstraZeneca, Pascal Soriot, claimed that the commitment was not to deliver at a certain point, but rather a statement of “best efforts”. The European Commission has published the APA in question. In section 5.1, it states that AstraZeneca “shall use its Best Reasonable Efforts… to deliver to the Distribution Hubs, following EU marketing authorization”, as established in an estimated delivery schedule attached to the agreement. Whether that provision covers the current delay is an intricate question of fact and Belgian contract law which governs the APA between AstraZeneca and the European Union. As regards the question whether AstraZeneca agreed to different clauses with other countries, this information is not currently in the public domain.

The delays in delivery might amount to a breach of contract if the company is giving preference to other countries, while failing to deliver the expected amount of vaccine doses secured by the European Commission. Conversely, even though the clauses of contracts in COVAX between Gavi and pharmaceutical companies are not fully transparent either, at the very least suspicions of preferential treatment to certain states would have been dispelled thanks to the template agreements.

The Self-Defeating Nature of Vaccine Nationalism

By resorting to bilateral APAs for securing their vaccine doses and not through the global alternative, delivery of the COVID-19 vaccines is now fueling a bitter standoff between the United Kingdom and the European Union. Resorting to a multilateral and global vaccine procurement strategy through COVAX would have avoided the bitter question of “who is getting it first and on which terms”. It would have prevented emerging political standoffs that may lead to damaging consequences if stronger measures, such as export restrictions, are adopted. It shows how the lack of global solidarity amidst such a decisive moment in curbing the pandemic is a self-defeating endeavor.

The rampant vaccine nationalism, where states are currently out-buying and leaving each other behind, is shaping up to be a crisis in itself. Not only is it leaving lower-income countries behind in the pipeline, but is also pitting higher-income countries against each other. In times of a catastrophic pandemic, the lack of global solidarity is not just a matter of moral imperatives – it also happens to be the best means to avoid a self-defeating competition for the vaccine. 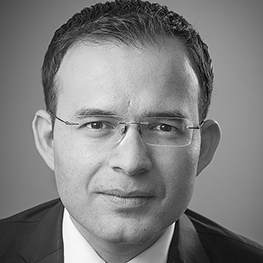 Other posts about this region:
Europa, Vereinigtes Königreich 6 comments Join the discussion
pixel_not_set
Go to Top