The Global Compact for Safe, Orderly and Regular Migration – Hope for our Constitutive Commitments?

Next month, on 10 and 11 December 2018, the Intergovernmental Conference to Adopt the Global Compact for Safe, Orderly, and Regular Migration will be held in Marrakech, Morocco. The draft for the compact has been highly contested and many states have already announced they would not sign it. (For more information on the compact, see Anne Peters’ post on EJIL:Talk! as well as Robert Uerpmann-Wittzack’s post on this blog.) However, the compact is an important step in the right direction in that it formally recognizes the need for an international answer resulting from the transnational nature of migration. No less important though, it has something to say about fundamental commitments of our societies, especially about human dignity.

Mann’s statement raises the question what our constitutive commitments are. For someone who is concerned with international law in the context of (forced) migration, the answer to this question must first of all be: international human rights law and its foundations. A lot has been said and written about concrete rules of international human rights law’s implications for migration law, asylum law etc. This blog post takes a different angle, focussing more on the foundations of human rights, in particular human dignity and what it should mean to be human.

Human dignity or the “inherent dignity of all members of the human family” is referred to in almost all internationally relevant human rights instruments. The most prominent mention is arguably Article 1 of the Universal Declaration of Human Rights (UDHR) which holds that “all human beings are born free and equal in dignity and rights”. Other than that, the concept has found its way into numerous preambles to human rights and other treaties, including the UN Charter as well as the International Covenant on Civil and Political and the International Covenant on Economic, Social and Cultural Rights, and a large number of other important documents, such as the 1993 Vienna Declaration and Program of Action and the 2005 World Summit Outcome. Christian Tomuschat thus argues in his seminal human rights book that the concept of human dignity stands unchallenged. But what does “dignity” mean? And is it equally unchallenged in state practice, especially in the migration context?

Human dignity is a philosophical concept the origins of which go back to antiquity and the discussion about its content has been ongoing for ages without concluding in a definitive consensus. However, many argue that the Kantian idea that human beings should always be treated as ends in themselves and never merely as means can be regarded as the canonical expression of the concept today. Tomuschat puts it aptly when he writes that by including human dignity in the first article, the drafters of the UDHR intended to “protect human beings from being treated as objects shoved about on the chessboard of high politics”.

Given the influence that those major (legal) documents have had, it is safe to speak of human dignity as one of the constituting commitments of our polities and the international community as a whole.

Tougher Policies and Refugees as Numbers

So, where do we stand with the realization of this constitutive commitment today? Someone who regularly follows the news, will probably respond that it is going not so well. Ever tougher immigration policies are enforced. The American border, for example, is being protected with tear gas and the lawmakers of Germany, the state which welcomed many migrants warmly in 2015, have since 2016 enacted new laws which make the lives of those who risked their lives to come here more difficult.

A particularly significant, yet, more subtle expression of the deficient recognition of the dignity of forced migrants is the governments’ propensity to speaking of numbers and abstract quantities rather than human beings. The most appalling example of this practice in German politics could be witnessed at a press conference of interior minister Horst Seehofer in July 2018, where he made a cynical joke about 69 forced migrants that had been deported on his 69th birthday. A present, he “had not ordered like that”. Two months later, the German newspaper DIE ZEIT put faces to the numbers when it published an article about the whereabouts of these 69 human beings, one of which had taken his own life in Afghanistan in the meantime.

Such policies and ways of speaking about forced migrants are employed probably not because political leaders consider them especially effective in addressing forced migration. They are employed in a move to try and exploit the topic of (illegal) migration for political agendas and domestic politics. Migrants become numbers, these numbers become means to achieve the objective of remaining in or gaining political power and this way, individuals are once again relegated to the chessboard of high politics.

The Global Compact: Hope for our Constitutive Commitments

It is difficult to believe that the mentioned interior minister recently defended the Global Compact for Safe, Orderly and Regular Migration – a compact that is “[p]eople-centred” and “places individuals [and not numbers!] at its core”. Maybe, however, this unlikely support is an indication that the hope for a better way of dealing with migration that some put into this document is not completely futile.

Indeed, although the compact explicitly mentions “dignity” only in three rather non-prominent places (paras. 13, 37(d) and 37(f)), it does put human beings and their dignity at its centre. Other than “people-centred”, the document describes itself as being “gender-responsive” and “child-sensitive”. The “cross-cutting and interdependent guiding principles” on which the compact is based include the rule of law, due process and human rights. Furthermore, all of the 23 “objectives for safe, orderly and regular migration” in the compact serve the benefit of migrants either directly or indirectly.

Particularly meaningful from the human dignity perspective suggested here are those objectives that understand migrants as agents and aim at empowering them. Objective 3, for example, stipulates the provision of “accurate, timely, accessible and transparent information on migration-related aspects” as well as “a high degree of predictability and certainty for all actors involved”. The notion of predictability is then taken up in objective 12, which recognizes the need to “increase legal certainty and predictability of migration procedures by developing and strengthening effective and human rights-based mechanisms for the […] individual assessment of all migrants”. These measure are of course not ends in themselves but the consequence of recognizing the need to understand migrants as subjects or agents rather than passive objects that need to be regulated. In objective 16, the draft then aims at empowering migrants “to become active members of society” i.a. by capitalizing “on the skills, cultural and language proficiency of migrants and receiving communities”. This is another example of passages in which the compact conveys an active, human and dignified image of migrants.

At the same time, the compact contains comparatively little reference to state interests such as sovereignty and security and has thus been rejected by some states for the – unsubstantiated – fear of loss of sovereignty. However, another critique is more interesting from the perspective of this post, as it mostly comes from those who reject and actively fight against the constitutive commitments we discuss here: right-wing populists. They dismiss the compact i.a. for conveying a too positive picture of migration. For their taste, the document says too little about the difficulties arising in the context of migration.

One can already doubt the viability of the criticism that a document which seeks to address problems through cooperation paints an optimistic picture. The fact that the compact is being regarded as a danger by those who question our constitutive commitments, however, is an indication of the compact’s potential for a revival of these commitments. Although the compact is a “non-legally binding cooperative framework”, there must be something potentially powerful about it given the fierce reactions it evokes.

The UDHR will turn 70 on 8 December 2018. The Global Compact for Safe, Orderly and Regular Migration will be signed only a few days later. If it is taken seriously and adhered to, it might lead to a better realization of the inherent dignity of migrants. There is hope that the compact could be the start of a return to our constitutive commitments. 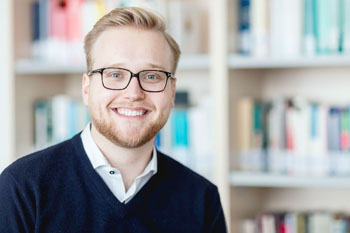 3 comments Join the discussion
to receive information about new articles and services of Verfassungsblog.de. I know that I may withdraw my consent at any time. More information in the privacy policy.
Verfassungsblog complies with the new GDPR.
Read about it in our Privacy Policy. I opt-out
permanently of anonymized tracking via Google Analytics on Verfasssungsblog.de. This will create a cookie on your device to save your decision.
Go to Top