On May 31, 2022, the Italian Constitutional Court (ICC) finally rendered its much-awaited decision (ICC, decision no. 131/2022) about domestic legislation on surname attribution.1) The judgment deserves closer attention for two main reasons. Next to fostering gender equality, it also exemplifies the new role of the ICC within the Italian constitutional order.

The Legacy of a Patriarchal Conception of Family Is Discriminating

When it comes to the attribution of a child’s surname, the ICC found that the Italian legal framework is discriminatory, since women are not recognized the same rights as men. In particular, the provisions of the Civil Code are deemed unconstitutional, as they provide for the attribution of the father’s surname, instead of both parents, or the mother’s one. This discrimination also occurs in case of adoption of adult people, who only receive the father’s surname, too. The ICC affirmed that within the Italian society this is the legacy of a patriarchal conception of family that entails gender discrimination and violates the principle of equality (ICC, paras. 7.2 and 10.1).

A child’s right to personal identity is strongly intertwined with the parents’ equality. In its case-law, the ICC recognized that the surname, together with the first name(s), represents the core of the individual’s legal and social identity (ICC, decisions nos. 13/1994, 297/1996, 120/2001, 268/2002, 286/2016), embodying a representation of the individual’s personality. Therefore, the ICC considered the right to personal identity a fundamental right, pursuant to Art. 2 of the Constitution.

Furthermore, the ICC underlined the importance of the connection between the surname and the family as a social formation from which the child derives its status filiationis, its status as son or daughter. Since the surname reflects the family identity, it shall be respectful of both the parents’ equal dignity on the basis of Arts. 3 and 29 of the Constitution. Assuming that when the mutual relationship among spouses relies on solidarity and equality, the family unity is strengthened (ICC, decision no. 133/1970), the ICC argued that equality is likely to safeguard family unity, whereas inequality undermines it.

Conversely, the automatic attribution of the father’s surname obscures children’s parental relationships with their mothers. The inequality among parents reflects on children’s identities, thereby resulting in the violation of Arts. 2 and 3 of the Constitution (ICC, decision no. 131/2022, para. 10.1). According to the ICC, several international and supranational legal sources – binding the Italian legislator by virtue of Art. 117 (1) of the Constitution – are also violated. This is particularly the case of the European Convention on Human Rights, the Charter of Fundamental Rights of the European Union, and the Convention on the Elimination of All Forms of Discrimination against Women.

The ICC Stepping In ‘Between Its Jurisdictional and Political Souls’

The recent judgment is the result of a long list of unheard warnings addressed towards the legislator since 1988. For instance, the European Court of Human Rights (Cusan and Fazzo v. Italy, 2014) found that the Italian legislation interfered with the respect of private and family life (Art. 8) and that it was discriminatory on the ground of sex (Art. 14). After raising a question of constitutional legitimacy in 2021 (order no. 18/2021), the ICC eventually maintained that starting from its decision both mother’s and father’s surnames shall be transmitted. If the parents could not agree on the name’s order, the decision would be taken by a judge. The parents are free to agree to give only one surname. Of course, this rule shall also apply to adult people who are adopted. However, no legal provision regulates what surname(s) shall be attributed to the children born by parents who already have both their father’s and mother’s surnames, nor in the case parents have more than one child. To fill this legal loophole and avoid issues of public order, the ICC urged the legislator to find a solution. The legislator did not.

The Italian surname affaire draws attention to the new role that the ICC has been playing within the domestic constitutional system in the last decade. After an initial phase, in which the ICC dismantled the authoritarian features of the Italian legislation (the so-called defascistization of the legal system), in a second stage it started declaring norms unconstitutional that were adopted by the legislator, directly addressing the legitimacy of the acts enacted by the government in charge.

Some scholars argue that a third phase has begun in 2014. Over its 66 years of activity, the ICC has consolidated its role of the guardian of the Constitution and has acquired a wide legitimacy within the constitutional order. Consequently, in the last decade the ICC has been feeling strong enough to exercise a review of the legislation way much deeper than in the past. This has been possible thanks to a sharper application of the principles of reasonableness and proportionality. In 2016, for example, the ICC deemed the sanctioning for the forgery of birth certificates ‘unreasonably disproportionate’ and reduced it subsequently (ICC, decision no. 236/2016). For the first time ever, the ICC questioned the intrinsic reasonableness of a criminal provision – which was long deemed an untouchable prerogative of the Parliament – based on the relationship between quality and quantity of the sanction, on the one hand, and severity of the offense, on the other.

Currently, it is still very much debated among constitutional scholars whether this expansion of the ICC’s power of scrutiny is within the boundaries designed by the Italian Constitution and whether it is in accordance with the principle of separation of powers. Some academics maintain that it is an ‘ordinary’ evolution of the ICC’s activity. Others argue that the ICC cut across the limits of the jurisdiction and invaded the political sphere. By the means of a very evocative image, it was highlighted that ‘the pendulum of the ICC swings between its jurisdictional and political souls.2)’

The Principle of Separation of Powers in the Line of Fire

In the second half of the 20th Century, post-war liberal constitutionalism embraced a system based on checks and balances among political and judicial institutions, “that goes well beyond the mere tripartition of powers and functions”, it was noted. This dynamic mechanism relies on the loyal cooperation among state powers, and is more suitable to reach the ambitious social goals pursued by contemporary welfare states. Kelsen’s idea of constitutional courts as negative legislators was thus superseded, as a comparative analysis shows. Transitioning from the 19th century liberal state to the contemporary constitutional state meant that entities aimed at safeguarding the constitutional integrity of the legal order shall fill the gaps existing in legislation in case of legislative omissions hindering the process of affirmation of constitutional rights and values. This is particularly vital when warnings of courts go unheard by the governing or legislative power. Otherwise, violation of fundamental rights caused by Parliament’s inertia would remain without any sort of remedy.

In the case of the surname attribution, the ICC’s judicial activism does not breach the Constitution since the fulfillment of fundamental values shall not be jeopardized by the inertia of a single power. Indeed, it is the Constitution itself that attributes to the ICC the prerogative to assure the constitutional soundness of the overall legal order: In Art. 3, the Constitution requires all public institutions, including the ICC, as well as all citizens to remove any economic or social obstacles which constrain the freedom and equality of citizens, thereby impeding the full development of the human person and the effective participation of all workers in the political, economic and social organization of the country (Art. 3).

Facing the lengthened inertia of the Parliament, particularly when dealing with fundamental rights, the ICC pursues a transformative project, according to the abovementioned principle of loyal cooperation among state powers. In this respect, the ICC stated that the absence of a univocal choice capable of reconstructing a legal system compliant with the Constitution cannot prevent the ICC itself from ensuring constitutional justice and legality (ICC, decisions nos. 242/2019, 62/2022). 34 years after its first warning to change the legislation, the ICC declared the legal framework of the surname attribution unconstitutional and designed new rules compliant with the principle of equality. Nothing forbids the Parliament from legislating on this issue (being respectful of the constitutional principles remarked by the ICC). Therefore, I claim the ICC decision is constitutional and the principle of checks and balances was not violated in the Italian surname saga.

As for now, far from being just a symbolic change in the Italian culture, the ICC decision on the surname attribution is going to have a strong impact on Italian people and their customs. Moreover, it also indicates the growing presence of the ICC, quashing the patriarchal structures still present in the Italian legal system, creating a more just and equal society, as outlined by the Republican Constitution. 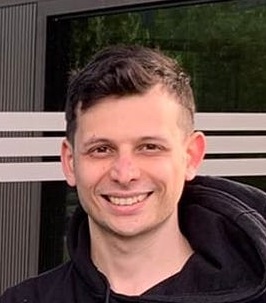