On 30 June 2021, the European Parliament and the Council signed the EU Climate Law. The Law has drawn a lot of attention, stirred not least because of its head-line grabbing name. There has been considerable discussion about the role the EU Climate Law is meant to play within the existing EU regulatory regime related to climate change. Was it merely meant to be a symbolic law to enshrine the EU’s climate objectives into law and celebrate the EU Green Deal? Or was it meant to be a new governance framework that changes the way decisions are taken on EU and Member State level?

The answer likely lies somewhere in between. While the EU Climate Law builds on and will depend largely on existing EU laws, it does add certain new processes as well as a new scientific body. This post describes the main new features and situates them within the existing EU governance framework. The post further includes some initial thoughts on the EU Climate Law’s possible impact on climate litigation.

Key elements of the final text: Ambition and Governance

The EU Climate Law serves essentially two broad functions: to enshrine the EU climate objectives into law (ambition) and to establish a framework for climate mainstreaming and progress control (governance).

As regards ambition, the Law establishes climate neutrality by 2050 as a binding target for the EU as a whole (Art. 1). The Law obliges EU institutions and Member States to take the “necessary measures” to collectively achieve this goal (Art. 2). Most discussion focused on the 2030 intermediate target, which has finally been set at 55% net emission reduction compared to 1990 levels, consisting of 52.4% emission reductions and contributions by sinks (Art. 4(1)). The Law also establishes a process to determine the 2040 target and an indicative greenhouse gas budget for the period of 2030-2050 (Art. 4(3)-(5)).

As regards governance, the Law primarily relies on five different “climate mainstreaming assessments”, carried out by the European Commission, to ensure that climate considerations are taken into account in EU and Member State decision-making (see further below). Moreover, based on an initiative by the European Parliament, the EU Climate Law sets up a new “European Scientific Advisory Board on Climate Change” (EUBCC)1) consisting of 15 independent scientists (Art. 3). Among other tasks, the EUBCC shall provide scientific advice on the consistency of proposed and existing EU measures with the Climate Law and Paris Agreement, and identify needed actions and opportunities to achieve the climate targets.

The EU Climate Law tasks the European Commission with five climate mainstreaming assessments, which can be grouped under three headings:

The first assessment, to establish the basis, was already ongoing while the Law was negotiated. The first batch of the Commission’s legislative proposals under the “Fitfor55” package is set to be published by 14 July 2021. These new legislative acts and amendments will operationalize the 55% reduction target by integrating it into existing and new climate legislation (see here for details). Interesting is the expanded role of the Commission to monitor whether the “foreseen outcome” would achieve the targets. This was only added during the trilogues, meaning that the other two legislative institutions (Parliament & Council) tasked the Commission with monitoring these legislative processes and to make new proposals where they fail to deliver.

The second assessment is essentially an extension of the existing practice of the Commission to prepare assessments to assess the foreseen impacts of draft measures. Impact Assessments have been frequently criticized for overvaluing costs to public institutions and private businesses and disregarding other, less easily measurable factors, such as social and environmental impacts. The Climate Law may be a first step to address this criticism. However, a problem continues to be that Impact Assessments are not made public once they are prepared and sent for verification to the Regulatory Scrutiny Board but only once the Commission has published its proposal, i.e. when it has formally already expressed its position. The Commission has not changed this practice even though the CJEU recently confirmed that impact assessments are legislative documents that should be disclosed, at least on request. A related European Parliament amendment was rejected.

Third, for the purposes of the progress control, Art. 6 provides for broad progress reports on whether the actions of the EU institutions and the Member States are collectively on track to achieve the Climate Law’s objectives and targets. Art. 7 concerns, on the other hand, the individual progress of each Member State. This provision relies on the existing obligations of the Member States under the EU Governance Regulation, which requires them to prepare National Energy and Climate Plans (NECPs), Long Term Strategies (LTS) and biennial progress reports. The Commission will assess the Member State’s progress on this basis and issue recommendations. Though substantively non-binding, the Climate Law obliges the Member States to justify failures to address any of the recommendations, thus establishing (at least) a binding procedural obligation.

In light of the broad nature in which the EUBCC’s tasks are framed, it should be involved in each of these assessments once it is established.2) However, this broad framing also places great responsibility on the persons that will be part of the EUBCC to get proactively involved. Much will likely depend on the members finally appointed and how they interpret and assert their role.

Taken together, these aspects can be seen as an operationalization of the integration principle (Art. 11 TFEU and Art. 37 Charter of Fundamental Rights) for climate aspects. The Law’s overall approach, which is to assess how existing legislation needs to be changed, assess all new measures to make sure they are not in conflict, and to subsequently assess the progress of the EU institutions and Member States (collectively and individually), could serve as a blueprint for other environmental policy areas.

As reflected for instance in this recent LSE report, climate litigation is continuously on the rise. The entry into force of the EU Climate Law will certainly not remove the need for these cases – public and private action will likely continue to be insufficient to keep global warming under 1.5% in line with the Paris Agreement. This is not only due to the likely insufficient nature of the targets (55% by 2030) but also to the approach of the EU Climate Law, which is necessarily based on the agreement of all states. The mainstreaming assessment and scientific advice described above should hopefully serve to identify the necessary actions, but their realization will still depend on political will.

A more productive question is whether the Climate Law will aid climate litigation efforts. Given the broad nature of climate litigation, this question cannot be exhaustively answered, in particular not in the remits of a blog post. Nonetheless, a couple of observations can be made. For one, being in the form of a Regulation, the Climate Law is directly applicable in all Member States. Any sufficiently precise and unconditional obligations that flow from it can also be relied on in national court (direct effect). In practice, much litigation will likely depend on other EU and national legislation, human rights or constitutional provisions, rather than merely asserting a violation of the Climate Law. Nonetheless, the Law gives an additional basis to support these claims.

Second, as regards individual Member State progress, the Climate Law relies on the assessments under the Governance Regulation (Art. 7, described above), in particular on the National Energy and Climate Plans (NECPs). The Parliament had accordingly proposed to introduce an access to justice provision that would have allowed individuals and NGOs to challenge these plans in court. This would have been in line with the recent Commission communication in which it commits itself to introduce such provisions in sectoral legislation in order to support the Green Deal.

The provision was finally removed during trilogue at the insistence of the Council. However, based on existing EU case law,3) challenges to draw up an adequate NECP can already be based on the doctrine of direct effect, the right to effective remedies (Art. 47 Charter) and Art. 9(3) Aarhus Convention (see chapter 3 of this Guide for an explanation of this case law). Moreover, such challenges are already underway, for instance in Spain. The EU Climate Law gives this kind of litigation a special element given that it establishes the NECPs as a central tool to achieve the EU’s collective climate targets.

The EU Climate Law sets up a framework to put the EU on a path to climate neutrality but it is only a first step. Besides the fact that its targets are not likely to be sufficient in themselves to prevent the worst effects of climate change, its governance framework establishes the basis to identify needed actions but does not guarantee that the targets will be achieved in practice. Nonetheless, the Law serves as a first operationalization of Art. 11 TFEU in the area of climate protection and thereby gives a basis for a new kind of policy-making at EU level. Its direct impact will depend on how it is implemented in other legislation (starting with the Fitfor55 package), how well this integration will work in various policy fields (for instance, agriculture), and the extent to which it (and the acts that implement it) will be successfully relied on in litigation.

Disclaimer: As an independent, non-profit organization that works to protect the environment, ClientEarth carries out advocacy directed at the EU institutions (EU Transparency Register no. 96645517357-19) and has in this capacity sought to influence the legislative process for the adoption of the EU Climate Law. 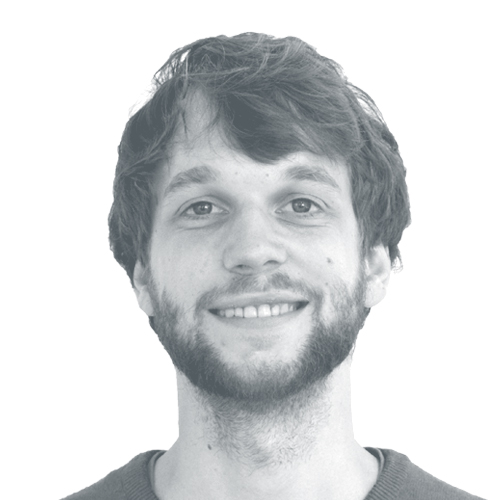