The Terrible Plight of Internally Displaced Persons in Central Africa

Adopting an ECCAS Protocol to Better Protect IDPs in the Area

In a never-ending humanitarian crisis, Central Africa is host to the largest community of internally displaced persons (IDPs). The United Nations High Commissioner for Refugees (UNHCR) is seriously alarmed by the death toll of IDPs in the region. In early November, thousands of new IDPs, including a high number of children, found shelter in overcrowded and unsanitary camps in Goma and Lubero, in the North Kivu provinces of the Democratic Republic of Congo (DRC) fleeing violence in the area, caused by the intensifying fighting between the Congolese armed forces and non-state armed group M23. It is for this reason of permanent insecurity in the area that I argue that the adoption of a specific binding legal instrument could ease the management of the IDPs in the region. The adoption of such an instrument would find one of its foundations in the concept of “solidarity”.

The Economic Community of Central African States (ECCAS) is presently composed of eleven states, amongst them Cameroon, Central African Republic (CAR), Democratic Republic of Congo, Republic of the Congo, and Rwanda. At the top of the list, the DRC alone is hosting more than 5.5 million internally displaced persons. Numbers are expected to only increase in the near future. For example, on 2 February 2022, in Plaine Savo IDPs camp (Ituri Province) CODECO militia killed over 60 civiliansfrom the Hema ethnic group in a massacre. In the ECCAS area, IDP crises are also occurring because of natural disasters, but the main cause remains the numbers of conflicts, both national and international that have been tormenting the area for decades. For example, the protracted armed conflicts and rebellions in the Democratic Republic of Congo and the Central African Republic have contributed to the instability of the region with serious effects on its neighbours, many of which have been directly involved in the conflicts. In addition, Nigerian armed group Boko Haram has emerged as a threat in Central Africa, also destabilising northern Cameroon, a country already seriously affected by acts of piracy in the Gulf of Guinea. Burundi is in a post-conflict phase facing persistent political tensions and violence, with repercussions for the stability of the neighbouring countries.

The Concept of Solidarity

The concept of “solidarity” is far from new to Africa. The UN Secretary-General’s Action Agenda on Internal Displacement (June 2022) called for

“[s]tronger international solidarity to address global challenges, including internal displacement. The world committed to Leave No One Behind in achieving the Sustainable Development Goals (SDGs), but we cannot deliver on this promise if millions of people remain uprooted from their homes with no end to their displacement in sight.”

Solidarity has been widely invoked also at the first summit of the Organization of the African Union (OAU) in 1963, when Fulbert Youlou, President of the Republic of Congo highlighted that “[T]he strength of Africa lies in its own solidarity”. In its Millennium Declaration, the UN General Assembly (UNGA) provided an additional enhancement to the need for international solidarity, by affirming that global challenges must be managed in a way that allots the costs equitably in line with basic principles of fairness and social justice”.

“[F]irst and foremost a principle of cooperation which identifies as the goal of joint and separate state action an outcome that benefits all states or at least does not gravely interfere with the interests of other states. Solidarity, as a principle of international law creates a context for meaningful cooperation that goes beyond the concept of a global welfare state; on the legal plane, it reflects and reinforces the broader idea of a world community of interdependent states.”

The 2009 African Union Convention for the Protection and Assistance of Internally Displaced Persons in Africa (Kampala Convention), also based on the principle of solidarity (Article II(c)), has profoundly broadened the horizons of responses to the IDPs crises in the ECCAS region. The fact that a couple of ECCAS states have not ratified this regional instrument yet, namely Burundi and Sao Tome, will not render futile the obligation imposed on the states in the community by the 2019 revised ECCAS Treaty to develop the community’s strategies for responding to the plight of IDPs in the region (the text of the 1983 original ECCAS Treaty can be found here).

Quests for solidarity, in the context of responsibility sharing, have been high on political agendas, especially in the aftermath of some IDPs emergency triggered by political tension in several ECCAS countries. The DRC, for example, that acceded to the Kampala Convention only several months ago, on 3 February 2022, which coincided with the manslaughter that happened in Plaine Savo the day before. Since 2020, the vulnerability of victims has been aggravated by the consequences of managing the COVID-19 pandemic, unilaterally and multilaterally. For example, in the area the vaccination coverage is still generally low. As of 10 September 2022, Seychelles (not part of the ECCAS) was the African country with the highest COVID-19 vaccination rate, with around 201 doses administered per 100 individuals. If we look at the ECCAS countries, while Rwanda performed well with 193 doses per 100 individuals, other countries are far from the African average of 44.8 doses: Republic of Congo 14.28 doses, Cameroon 6.28 doses, DRC 4.8 doses and Burundi with a more than upsetting 0.16 doses administered per 100 individuals.

The Revised ECCAS Treaty Is a First Step

In its fundamental principles, the revised ECCAS treaty reaffirms its commitment to respect human rights and to protect vulnerable populations. ECCAS is determined to take new steps to deepen community solidarity among the states of the region and is committed to taking all appropriate measures to manage IDPs situations in a concerted way. In this regard, ECCAS is aiming to make the principles of non-indifference, solidarity and shared responsibility work. How could this be realized?

The exercise of solidarity and shared responsibility should lead to a regional reinterpretation of the “burden sharing” principle – a principle well known in refugee law (see, for example, article II(4) of the 1969 OAU Convention Governing the Specific Aspects of Refugee Problems in Africa), also in the case of IDPs. This will not only mean the inclusion of the sharing of the financial and material burden of the cost of managing IDPs situations. This will also mean that ECCAS countries should also commit themselves to collectively changing the situation in the countries of origin generating IDPs by trying to transform those countries into safe countries.

This is not far-fetched: According to Article 5(1) of the Kampala Convention, states bear the primary duty and responsibility for providing assistance and protection to IDPs within their territory. Nonetheless paragraph 2 clarifies that states “[c]ooperate with each other upon the request of the concerned state party or the conference of state parties in protecting and assisting IDPs”.

As the plight of IDPs in the ECCAS region continues to increase in numbers and complexity, it is crucial to materialize the paradigm of regional solidarity into solid obligations that can be successfully integrated within the regional IDPs regime. This could be done through drafting and adopting a regional protocol to the revised ECCAS Treaty that deals exclusively with IDPs. This protocol could represent a sub-regional complement to the Kampala Convention and fill at a sub-regional level all the major lacunae present in the African Union Convention. For example, an ECCAS Protocol could provide for the creation of a sub-regional mechanism of enforcement of the provisions of the binding legal instruments concerning IDPs and the lack of a clear cessation clause on IDPs status for non-criminal causes. This enforcement mechanism can be, perhaps, a regional body that does not limit itself to “monitor” and “control” the situation but will sanction ECCAS countries that will not comply with the Protocol provisions. In this framework, “solidarity” can be made explicit in two ways. On one side, “solidarity” means more assistance by the other member states, but also by the ECCAS, through a financial aid to the states who are in need to better manage the situation of their IDPs. In this way, for example, ECCAS could institute a special fund in order to assist IDPs crisis in the area similarly to the fund created in 2015 to combat Boko Haram. On the other hand, “solidarity” among countries could also be made more explicit offering the IDPs some form of humanitarian protection, perhaps revamping the Migration Dialogue  for Central African States (MIDCAS) that is presently quiescent.

Drafting such a protocol will require a big effort and the strong will of the ECCAS Member State. Currently, no sub-regional binding IDPs regime exists anywhere in Africa. Conversely. Only one African country (Niger, which is not even part of the ECCAS Community) has adopted domestic legislation providing for the protection of the IDPs on its own territory. We have seen several attempts to draft domestic laws on IDPs also in the ECCAS region, but they have remained non-successful attempts for now. For example, in DRC there is a draft law on IDPs dating back to 2014 that has not been formally adopted yet. However, for example, both articles 13(2) and 43(1)(2) of the draft law oblige the state (“pouvoir public”) to assist the IDPs during the displacement, a provision homologous to Article IX of the Kampala Convention, listing a series of obligations that the states need to comply to in order to assist IDPs during displacement.

Nevertheless, the situation of forced displaced persons (IDPs included) will not enhance neither in the ECCAS region nor in the rest of Africa without a strong political will by different (African and non-African) stakeholders. The UN High Commissioner for Refugees, Filippo Grandi, regularly urges states not to forget forced displaced people in their legal and policy agenda, most recently in the context of the recent United Nations Climate Change Conference (COP27). It is time for change. 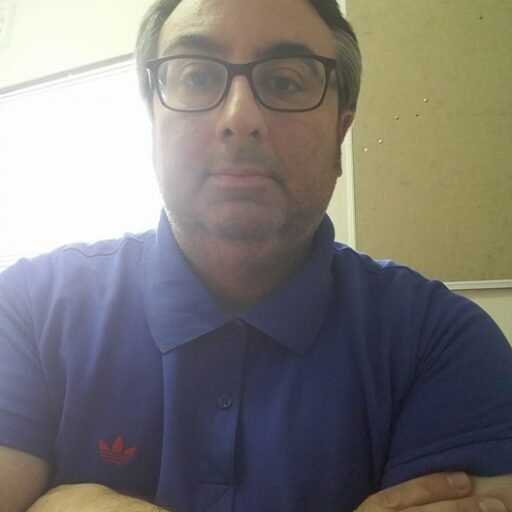 Other posts about this region:
Afrika No Comments Join the discussion
Go to Top