When German Chancellor Olaf Scholz announced a „turning point“ in German security policy on February 27, 2022, the alarming statement that we were in a world order that had „come apart at the seams“ (German Foreign Minister Steinmeier) was already one of the past, such as the Russian annexation of Crimea and the start of the pro-Russian separatist fighting in eastern Ukraine. There could be no doubt that these seams had begun their unravelling already in 2014. This break in the already crumbling European security order has only now been ratified.

The sudden announcement of a „special fund“ for the, admittedly, lagging overhaul of the German armed forces, and the permanent increase in the defense budget (the „2 percent“ target of the NATO agreements of 2002) should be understood for what they are – a grasping for the emergency brake and not an „arms race.“ Nevertheless, strategic procurement projects with appropriate durations will no doubt be at the heart of the measures. For this reason, it is out of the question to immediately reopen the package and include in it other – in themselves entirely justified – concerns (see “The 100 Billion Euro Risk of the Bundeswehr”).

However, money alone will not suffice. This is true not only due to the fact that the monstrously inflated procurement system, the bureaucratic planning practices, the complicated procurement procedures and the unskilled drafting of defense contracts must first be eliminated so that the fresh billions do not trickle away without effect (both of Christine Lambrecht’s predecessors failed in this regard). There is much more at stake. The change of course in security policy to the de facto primacy of alliance defense as the decisive form of national defense (Article 87a of the Basic Law) signifies nothing less than a third break in German security policy.1)

As the „frontline state“ of the West, the Bonn Republic only focused on national defense as opposed to alliance defense; thereafter, in the first thirty years of the Berlin Republic, international crisis management gradually came to the fore. These two phases already brought about serious structural changes. With its arrangement consisting of national defense, compulsory military service and the prevention of war through deterrence (later replaced by a combination of understanding and deterrence), the Bonn Republic was able to create an integrative bond that brought together politics, the armed forces and society in a union of risk and fate that could have been existential. This bond opened up in the first decades of the Berlin Republic. The suspension of compulsory military service, the formation of an „operational army“ and its political mission to „keep the risks at a distance“ in „wars of choice“ before they could touch European or German soil, highlighted the admission that society and the armed forces shared neither the same risks nor the same fate. The uniformed citizens of these years were no longer the „born defenders of the fatherland“ that the military reformer Scharnhorst and the founders of the Bundeswehr had considered them to be. They were replaced by professional operational soldiers who did not (or not primarily) perform „collective self-defense,“ but rather were supposed to generate the fragile good of „collective security“ on behalf of the state – in the Hindu Kush, for example. Their world of experience and that of the citizens of the sending country diverged in significant ways. Even if the armed forces failed in distant regions, the stability of the republic was not seriously damaged. With the disastrous end of the Afghanistan mission and the foreseeable downscaling of the Mali commitment, this phase can be considered over for the time being.

Against this backdrop, it becomes clear that the current policy turn toward alliance defense as national defense is something other than a return to the „frontline state“ of the Cold War. National defense now – as a deterrent – takes place not primarily within the territory of Germany, but rather has shifted to NATO’s eastern flank. Thus, the guarantee of German territorial and political integrity and security depends essentially on the alliance contribution to be made in Eastern Europe. Under the given circumstances, however, this development demands more from society and the armed forces than a departure from the „culture of restraint“ (although it never was a real „strategy“). This caesura affects mentalities as well as structures, and capabilities as well as decision-making processes. Now it is no longer a question of variable military contingents that go into action after months of preparation; what is needed are permanently deployable, fully equipped and transportable troop units. Their stationing in the Eastern European alliance states (so far on a rotating basis) does not require a Bundestag mandate; it is an obligation following from constitutional law and defense policy in accordance with Article 24 II of the Basic Law. Geographically (but not geopolitically) distant, the crises and the war on NATO’s eastern flank herald a new social community of risk. In a widely unknown brochure entitled „Auftrag: Landes und Bündnisverteidigung” (“Mission: National and Alliance Defense”) (June 2020), the Ministry of Defense paints an unvarnished picture of the situation: „Due to its geographic location in the middle of European NATO territory, Germany is a potential target for attack as a hub of allied troop movements and rear area of operations“ (translation by the author). Collective self-defense casts its shadows ahead. It is currently expressed in the bitter question of whether and who is prepared to risk their life, if not for Kiev, then if necessary for Riga, Vilnius or Tallinn.2) How sustainable the solidarity of German society with the countries on NATO’s eastern flank truly is, however, remains to be seen. The shock of Russia’s war of aggression has turned public sentiment around, but so far, the willingness to provide military support to the eastern allies has been rather limited.3)

This challenge goes beyond the military. The existential and social dimensions of contemporary acts of aggression have become more complex and have settled into a „gray zone“ (Elisabeth Braw) between war and peace. Aggression and defense are not limited to troop deployments or nuclear potentials; they have penetrated the social fabric. The dazzling terms of „cyber war“ or „hybrid warfare“ are associated with a socialization of danger that can captivate entire populations, ethnic minorities, sensitive infrastructures, or domestic political procedures (such as election campaigns or conflict issues). Similar to the challenges of the Corona pandemic or climate policy, the spectrum of security precautions is expanding to include institutional and civilian precautions and upgrades (so-called „total defense“ in Scandinavia) that go beyond the – in any case inadequate – precautions for disaster control. This problematic situation should be examined before any talk of reactivating compulsory military service or introducing general compulsory service or similar measures. The need for integration of internal and external security has long been the subject of debate, but now new questions are being raised as to the „defensive democracy“ that has hitherto been oriented toward domestic politics.4)

These changes in the defense policy arrangement must now be spelled out. Revealing in this regard was exactly that which was not addressed in the chancellor’s government statement. The lament about war and the breakdown of order was accompanied by far-reaching declarations of intent to vitalize security fundamentals but lacked any perspective beyond time and occasion. The elephant in the room was the strategic orientation of German and European policy. There was no mention of „European sovereignty“ or of striving for a revival of the European Conference on Security and Cooperation (CSCE, 1975), which at the time had provided far-reaching normative and practical impulses for action and led to arms control regimes etc. barely twenty years later. Under the shadows of the ongoing war of aggression this may seem illusory at first, but a strategic vision would have given the acute crisis the necessary depth. Why did this not happen?

Under the momentary pressure to act, the German government reflexively stuck to its usual pattern of reactive action (plus „bazooka“), even though the coalition agreement had just announced the opposite: a national security strategy was to be presented within a year. There is little time for this (for a plea for a pragmatic approach, see Claudia Major/Christian Mölling). If one takes the strategic concern seriously and does not see it merely as an improvised substitute for a white paper, it is not just a matter of setting ambitions, priorities, potential courses of action and unfolding the necessary „toolbox,“ but also of an interdepartmental, high-profile, internationally embedded process.5) „Ideally,“ writes Thomas Bagger, then head of the planning staff at the Foreign Office (2011-17), „it creates a link between the disparate needs of policymakers, bureaucratic and military apparatuses, and the public“ (translation by the author).6) In addition, there is the burning question of how strategic capability can be consolidated, as the 2016 White Paper „Zur Sicherheitspolitik und zur Zukunft der Bundeswehr“ (“On Security Policy and the Future of the Bundeswehr”) had already called for. And even that would ultimately fall short if the fine print of security policy government practice (Federal Security Council; rules of procedure; departmental principle, etc.), strategic communication with parliament, the public and communities (annual presentation of strategy reports in the Bundestag) were not put on the agenda.7) But time is already running out.

Experience shows that strategy projects suffer from being overloaded with a wide variety of expectations. The procedural wisdom of the 2014 „review process,“ in which the Federal Foreign Office conducted an inventory of goals, instruments and practices, had consisted of sorting through these expectations in order to derive conclusions and work plans. A similar approach had been taken by the Ministry of Defense, which embedded the drafting of the 2016 White Paper into a broader expert public consultation process that led, among other things, to a reflection on the problematic nature of security policy strategy formation in an expert publication. Whether or not one agrees with these results, both examples document a concept of responsive politics that seems doomed for continuation under the auspices of the current break in security and defense policy.

The symposium of the Verfassungsblog can do no more and no less than to continue chipping away at this monumental task normatively as well as practically. 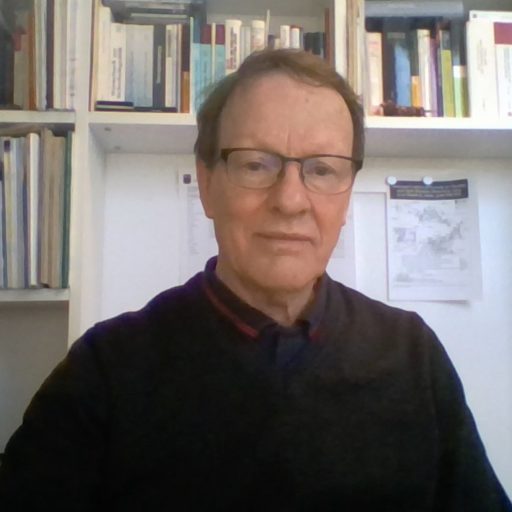 Klaus Naumann Dr Klaus Naumann is a military historian. Until 2017, he was a senior fellow at the Hamburg Institute for Social Research. Since 2014, he serves as a member of the Advisory Council on Leadership Development and Civic Education (Innere Führung) to the Federal Minister of Defence.