A call for UK withdrawal from the ECHR surfaces and resurfaces at fairly regular intervals in certain quarters of the Conservative party, but this week various members of the Government, including the Prime Minister, Home Secretary and Attorney General all, with varying degrees of force, explicitness or implication, have indicated that it is back on the table. The catalyst for this development?

The first flight under the UK’s controversial plan to deport asylum seekers to Rwanda was scheduled to take place on 14 June. A series of appeals within the national legal order had led to the number of passengers dropping from in the region of 130 to seven by the evening of 14 June. The flight was finally stopped, however, after a ruling by the European Court of Human Rights, granting an interim measure in the case of K.N. v the United Kingdom (application no. 28774/22).

The proposed deportation plan, the Rwanda policy as it’s known, has been the subject of much controversy, criticism and condemnation, but as soon as news of the ECHR ruling emerged, it was entirely predictable that calls for UK withdrawal from the ECHR would resurface. Less predictable for many, are the implications this would hold for the EU-UK Trade and Cooperation Agreement (the Agreement).

The UK withdrawal from the ECHR would be damaging and shameful for many reasons (as is the threat of withdrawal); from what it says about the value placed upon human rights within the UK; its impact upon the capacity of the UK to lead internationally on the enforcement of human rights standards and international law more widely; and the impact upon the Belfast Agreement. The Belfast Agreement (or Good Friday Agreement) is drawn into the other controversy currently hanging over UK law and politics: the proposed Northern Ireland Protocol Bill (NIPB). The NIPB has also rightly been the subject of much comment and there is some irony in the fact that while suggesting that the need to secure the Belfast Agreement is a reason to derogate from the NIPB, the UK Government is, at the same time, flying the kite of ECHR withdrawal, which would have a significant, detrimental, impact upon that same (Belfast) Agreement.

The impact upon the Trade and Cooperation Agreement

Among the many consequences of UK withdrawal from the ECHR, there is the less commented upon issue of its impact upon the UK’s trade relationship with the EU, under the Trade and Cooperation Agreement (the Agreement).

UK Government ministers and spokespersons’ phrase of choice is, as noted above, that ‘all options are on the table’. Yet withdrawal from the ECHR has the potential to limit the extent to which the current basis of EU-UK trade and cooperation, the Agreement, remains on the table.

Essential elements: connecting respect for human rights, the ECHR and the EU-UK Trade and Cooperation Agreement

Article 763 of the Agreement provides for the Parties’ ongoing commitment to the ‘shared values and principles of democracy, the rule of law and respect for human rights’. Crucially, it continues:

‘in that regard, the Parties reaffirm their respect for the Universal Declaration of Human Rights and international treaties to which they are parties’. (emphasis added).

This latter, ‘international treaties to which they are parties’, includes the ECHR; both the EU member states and the UK are parties to the ECHR. The significance of Article 763 is further increased by the fact that it is explicitly included as a ‘Basis for Cooperation’. Article 771 indicates that Article 763 is in fact one of the ‘essential elements’ of cooperation under the Agreement.

Article 772 provides that in the event that ‘either Party considers that there has been a serious and substantial failure by the other Party to fulfil any of the … essential elements… it may decide to terminate or suspend the operation of this Agreement or any supplementing agreement in whole or in part.’

‘Serious and substantial failure’ is clearly doing a lot of work here, but it is elaborated in Article 772(4) that this would require a situation ‘of an exceptional sort that threatens peace and security or that has international repercussions.’

UK withdrawal from the ECHR – a breach of the essential elements clause?

The question remains, however, whether withdrawal with no overt divergence from ECHR standards would be sufficient to constitute a ‘sufficient and substantial failure’ pursuant to Article 772. This is not entirely clear.  What can be said, however, is that its impact upon the Belfast Agreement could threaten peace and security, and withdrawal could certainly have international repercussions as a consequence of the signal it would send about the significance of compliance with international law. In addition, withdrawal would hardly be an indicator of respect for the ECHR. So arguably, the very act of withdrawal could be deemed to be a serious and substantial failure to fulfil Article 763.

Consequences of breach of the essential elements clause?

If the UK did withdraw from the ECHR, and breach the essential elements clause, what then? Would the EU be likely to invoke Article 772 and suspend or terminate the agreement?

The answer to that question can only be speculation at this point. That speculation can, however, be informed by the wider context and experience of a long-standing policy of EU human rights conditionality, which the UK was of course part of until Brexit.

Human rights conditionality, or human rights as an essential element of cooperation, did not appear out of nowhere in the EU-UK Trade and Cooperation Agreement. In the mid-1990s the EU took a decision that every agreement it concluded with a third state must include a human rights clause. (See Commission Communication on the Respect for Democratic Principles and Human Rights in Agreements between the European Community and Third Countries. This policy has encountered pushback throughout its history, yet the EU has held to it. Negotiations with Australia on an economic cooperation agreement in the 1990s broke down over the EU’s determination to include the clause, notwithstanding Australian opposition. (Australia was of the view that human rights had no place in a trade agreement, a position that was echoed in Scott Morrison’s reported opposition to climate commitments in the UK-Australia trade agreement in 2021). In the end, in the 1990s, in the face of deadlock, the parties concluded a ‘Joint Declaration’ as the basis of cooperation, allowing the EU and Australia to establish cooperation, without the EU breaching the universality of the policy of human rights conditionality in its ‘agreements’ with third states, but without Australia being required to accept a human rights conditionality clause in a trade agreement.

Mexico, again in the 1990s, also initially resisted the inclusion of human rights conditionality, but ultimately it was accepted and an agreement concluded. More recently, the EU encountered resistance from India and Japan. Frequently such resistance has arisen due to concern such a clause would be used for protectionist purposes, that it amounts to political interference, the export of western imperialist values, or a long-held view, as in Australia, that human rights and trade should be treated separately.

There are many questions around the strength, consistency and enforceability of human rights clauses. The answers frequently come down to political discretion, and sometimes a desire to incentivise good practice, rather than punish bad. Either way, enforcement of such clauses has inevitably been a contentious issue. Significantly for present purposes, however, the EU has proved itself to be willing to invoke human rights conditionality, in the first instance against Togo in 1998, although it has been criticised for its apparent inconsistency in its willingness to do so (it has done so more frequently with regard to ACP states than other states.) It is worth noting, however by way of corollary, that the EU successfully invoked sustainability provisions (specifically labour standards related) in its agreement with Korea with the outcome being that Korea was found to be in breach in 2021.

While the above means we cannot be sure, it is likely that if the UK were to withdraw from the ECHR that act may well be recognised as a failure to meet its obligations under Article 763 of the Agreement, and in that event it is unlikely that the EU would ignore such a high-profile breach. The UK could therefore reasonably anticipate that the EU may invoke Article 772.

There is, however, a further issue underlying all of this, reaching beyond the present issue. This is that there is a worrying, casual tendency of the current UK Government to suggest a willingness to flout its international obligations. This is manifest in the 2020 Internal Market Bill; the NIPB and of course in this this current suggested possibility of ECHR withdrawal. Such suggestions, for political expediency, for what might be described as an ‘anti-legal populism’, are deeply damaging for the rule of law within the UK; for the UK in its international relations; and for the integrity of the international legal order more generally. The consequences of this are as yet unknown, but they are likely to run deep. 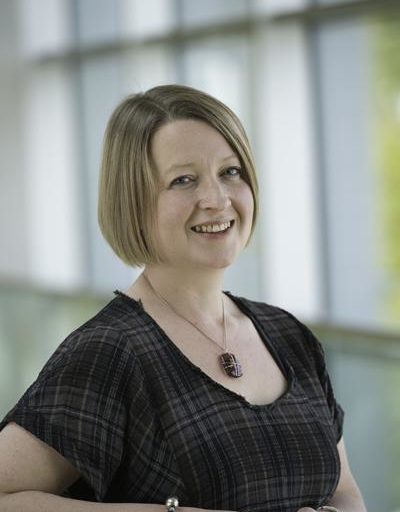 Other posts about this region:
Europa, Vereinigtes Königreich 1 comment Join the discussion
Go to Top