The Verkhovna Rada in Times of War

On February 24, 2022, Russia attacked Ukraine in two different ways. One was a military attack. The other one was a Russian propaganda war. Since then, Ukraine has been facing a double challenge in that it is fighting the war militarily but also trying to defend the country’s global reputation as a free and democratic country. Parliaments can be important political institutions to address both of these challenges. While we frequently hear about Presidents taking the role of a commander in chief in times of war, the legislature, too, can play an important role. Whether a country succeeds in a war depends not least on how well its legislature is able to adjust to face the challenges of war. This blog post takes a closer look at the Ukrainian Parliament – the Verkhovna Rada (the Rada hereafter) – and its roles and activities during the war of the Russian Federation on Ukraine.

Legislatures perform three basic functions during times of peace – providing legitimacy to the exercise of public power, representing the people, and policymaking. Legitimacy is about the public recognition and acceptance of the right of Parliament and the government generally to act in some manner on their behalf. Legislators also represent their constituencies. Finally, legislators address the needs of citizens by engaging in policymaking. Political polarization has been a hallmark of many democratic legislatures in recent years (Khmelko, Stapenhurst, and Mezey, 2020; Khmeko, 2019). The Rada, like many other legislatures, has had parliamentary party groups (PPG hereafter) or factions engaging in heated political debates. In general, Ukrainian PPGs have been classified in the literature as pro-presidential or opposition – or as Left, Center, or Right PPGs. Complicated legislative-executive relations and challenges with legislative oversight of the executive branch are part of the normal political practice in democracies in a time of peace, with countries in transition from an authoritarian society to a democracy usually facing a higher degree of political polarization.

War, however, brings additional and very significant challenges to legislative practice since war leads to a radical change in (political) priorities. Protecting the territorial integrity and freedom of a country against external attack and occupation becomes a top priority for the country and its parliament. Subsequently, political institutions, including legislatures, need to adjust and change their priorities and ways of operating.

As we noted earlier, executives naturally take the lead in war times. The role of parliaments, however, while important, is not as evident. The Rada has had a long, complicated, and, at times, highly conflictual history of legislative-executive relations. The Rada, therefore, had an important task to address the country’s top priority, namely to protect the country against external aggression while still performing the three main legislative functions sketched above. The following sections of this post will discuss why and what changes were introduced in the Rada’s work and how the Rada has been addressing major challenges that it faced as a result of the Russian war on Ukraine.

Before and During the War: Rada’s Work

One challenge concerns the question of agenda-setting and debate culture. There are multiple highly divisive issues in any country. But a country attacked by a foreign military power usually unites to pursue a common goal – defending the country against the external attacker. Therefore, the Rada had to deal with important questions. What role should debate play, and should there be limitations to these debates?

The Rada has found innovative solutions regarding these questions, particularly with regard to the relationship between the parliamentary majority and the opposition. Opposition factions have called for an end to internal political conflicts and called for the formation of a „defense coalition“ in the Rada for Ukraine’s victory in the war. They also offered to start relations with President Zelensky and the parliamentary majority from a „clean slate.“ To that end, former President Poroshenko met with President Zelensky to reinvent the relations between the two and unite in pursuit of one common goal – Ukrainian victory in the war.

Another challenge is whether a legislator can do both, serve as a legislator and as a member of the military. Some members of the Rada combine their work as legislators with military service at the front, some as members of the Territorial Defense forces, and some as military personnel. Even though voting remotely and participating in sessions via some form of teleconferencing might have been an option, the Rada has followed the rules stated in its Rules and Procedures and required voting in person. However, the question is debated whether remote voting needs to be permitted during war times to allow legislators to do both – to legislate and to fight with the military.

Despite a war raging, the Rada has managed to meet regularly. More than half of its legislators (about 340-350 legislators on average) are working in the Parliament regularly and the Rada even adopted over 80 legislative acts in the last two months of the war.

Yet, even though the Rada has been meeting regularly, political discussions in the Rada are currently held to a minimum with the main purpose of protecting Ukraine as an independent state against the Russian aggression. In addition, the work of the Parliament is not as public as it was before the war. Neither the agenda of a parliamentary session nor the exact place and time of the session are announced in advance to protect legislators against attempts of assassination by the Russian military.

Even some information about legislators, such as their voting, transcripts, and agendas, has been removed from the Verkhovna Rada’s website to protect national interests during wartime. There are also no online or televised broadcasts from the Parliament.

The agenda of a parliament changes necessarily, too. The Rada passed a number of important bills, including the Law on the Nationalization of Property of Russians and Collaborators; changes to the law on banning parties, now enabling to ban parties that justify or deny Russia’s armed aggression against Ukraine; a ban on Russian propaganda depicting Ukraine as a Nazi state and of symbols used by armed and other military formations of the Russian Federation in the war against Ukraine; and permission to join the defense in the areas of hostilities, with servicemen and volunteers of the defense being granted the status of a war veteran. Furthermore, the Rada also increased penalties for cooperating with the enemy (and introduced a new article on „Assistance to the aggressor state“, with punishment from 10 to 12 years in prison). Other legislative areas the Rada has been active on concern the capabilities of the territorial defense and special operations forces, the status and order of detention of prisoners of war, and the powers of the government, community leaders, and military administrations, which have been expanded during Martial Law. In general, Martial Law has become one of the most important legislative areas for the Rada. Next to expanding various powers of the government, the Rada has also expanded the powers of the police. Police officers will be able to engage in territorial defense tasks and have also been granted responsibilities for administering prisoners of war. Finally, the Rada also addressed the needs of local governments and allowed flexibility in using state budget funds, primarily for defense purposes.

Last, but not least, the work of the Rada’s committees, too, continued during wartime. Legislatures are getting together and work with their committees to prepare draft laws for plenary sessions. Some committee members participate in person, while others participate via phone calls or written communication.

The Battle for Global Reputation

A final area in which the Rada has been particularly active is the battle for international help and for Ukraine’s global reputation. The Rada has responded to the Russian propaganda war by battling for the good standing of the country on the world stage and has been working on maintaining the legitimacy of the country in the eyes of the world community and safeguarding subsequent international support for the Ukrainian fight for independence from Russia. For example, the Rada has been calling on the international community and various governmental and business organizations to intensify sanctions against Russia and Belarus, to create a no-fly zone over Ukraine, and to provide Ukraine with combat aircraft and air defense equipment. Legislators have also been in touch with numerous parliaments of foreign countries.

This demonstrates the unity of the parliaments of the world in their support of Ukraine. In addition, these exchanges of delegations between the Ukrainian and world parliaments have delivered a strong blow to the Russian propaganda that Ukraine is a radicalized country run by a fascist. Russia used this disinformation as one of the main arguments for attacking Ukraine, i.e., to denazify Ukraine. However, democratic parliaments of the world kept close ties with the Rada, dismantling Russia’s propaganda and removing any legitimacy from Russia’s justification for attacking Ukraine.

Yet, the Rada is not only helping in organizing global united parliamentary support for Ukraine, but also to exemplify Ukrainian unity, in particular with regard to different ethnic groups in Ukraine, including Ukrainians, Russians, Sinti and Roma, and all others, in their desire to see Ukraine as independent from Russia. It is hard to overestimate the role of the Rada in Ukraine’s successful battle against the Russian propaganda war and in turning Russia into a politically and economically isolated state on the world stage.

To conclude, the Rada has been an active political institution in Ukraine during war times. It has performed all three of its main functions and addressed the issue of political polarization to account for the country’s main priority – fighting the Russian aggression against Ukraine. It addressed in its work issues related to fighting the Russian military aggression as well as the Russian propaganda war. The Rada adjusted its work and moved from a highly public work mode to work in undisclosed locations, forcefully exemplifying that in times of war, not only the executive, but parliaments, too, matter. 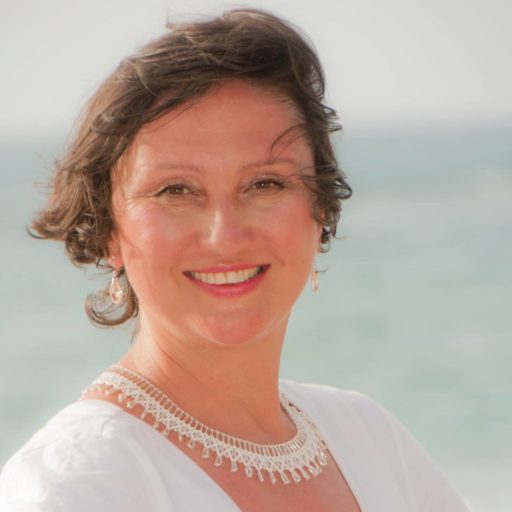