Too little, too late

A few weeks after the ECtHR first stepped into the ring for the fight against rule of law backsliding in Poland via its Xero Flor judgment (also discussed here), it has now dealt a new blow to the Polish judicial reforms. In its Broda and Bojara ruling, the issue at hand was not the composition of the Constitutional Court, but the termination of judges’ mandates as court (vice) president. In its judgment, the Court showed once more its commitment to the safeguarding of domestic judges and the procedural protection they should enjoy. Yet, one can wonder whether the judgment will really have an impact and if it is not too little too late.

Mariusz Broda and Alina Bojara were both vice president in the regional court of Kielce. Their mandate, which was supposed to last for six years, started in April and October 2014 respectively. However, in January 2018, they got a letter from the Ministry of Justice, informing them that their mandate had been terminated. The legal basis for this decision was to be found in Article 17 of the Act of 12 July 2017 on the Organisation of Ordinary Courts, which for six months gave the Minister of Justice the power to terminate the mandate of court (vice) presidents, without having to state reasons. During those six months, a total of 158 presidents and vice presidents were dismissed and replaced, among which Broda and Bojara. Since the law did not provide for a judicial remedy for this dismissal, they both appealed to the Strasbourg Court, arguing that their right of access to a court under Article 6(1) ECHR had been violated.

The two most salient points in this judgment are first whether the two applicants could rely on a right that was of a civil nature and, if so, secondly whether their right of access to a court had been violated.

As far as this first issue is concerned, the Court refers to the Polish law at the time of their taking office, which stated that vice presidents were normally appointed for a six-year mandate. Moreover, by virtue of the principles of judicial independence and irremovability of judges, enshrined in the Polish Constitution, judges were in principle protected to complete these mandates. Since the 2017 Act could not retroactively wipe out the rights that the applicants could rely on at the time of their taking office, the majority – as opposed to dissenting judge Wojtyczek – concludes that the two applicants indeed enjoyed a right to complete their mandates as vice president.

To decide whether this right was of a civil nature, the Court turns to its well-known Eskelinen criteria. A dispute between a civil servant – including judges (see Baka §104) – and the state will be seen as civil in nature, unless national legislation expressly excludes access to a court and justifies this exclusion on objective grounds in the interest of the state. Even though the Court indicates that it is not convinced that the Polish legislation expressly excluded access to a court for the applicants, it does not rule on that issue since it holds that the exclusion had in any case not been justified on objective grounds.

In that respect, the Court points to the particular role that domestic courts play as guardians of justice and the rule of law. Given this crucial task, the Court is particularly attentive when their status or career are on the line. It also means that the special bond of loyalty and trust that must ordinarily exist between a civil servant and the state is not easily applicable to the members of the judiciary. Judges must function as a check on the government and should as such enjoy sufficient independence. According to the Court, it would be illusory to believe that judges are able to uphold the principle of the rule of law when they themselves are deprived of the protection of the Convention when issues that touch directly upon their independence are at stake. Judges must be able to enjoy protection against arbitrariness by the executive and legislative powers and only oversight by an independent judicial body of the legality of such decisions is able to render such a protection effective. Thus, based on the particular status of judges, the Court holds that the exclusion of access to a court is not justified on objective grounds in the interest of the state. Consequently, the right in question of the two applicants is civil in nature.

With Article 6(1) ECHR being found applicable, the second issue is whether it has been violated. Even though the right of access to a court is not absolute, it cannot be restricted in a way that impairs the essence of that right. Here, the Court points out that there were no domestic remedies available against the decisions of the Minister to terminate a mandate as court (vice) president. Moreover, the Minister could decide whether to make use of this power at his own discretion and did not even have to state reasons for his decisions, nor was there another independent body involved in the process. In such circumstances, the applicants could very well fear an element of arbitrariness in the Minister’s decisions. In other words, the termination of the mandates took place on the basis of legislative provisions which appear to be at odds with the requirements of the rule of law. Stressing once more the importance of judicial independence, the Court concludes that the Polish legislative framework undermined the essence of the right of access to a court, finding a violation of Article 6(1) ECHR.

Compensation but no reinstatement

The Broda and Bojara judgment can be placed in a – by now already rather impressive – list of rulings that denounce the Polish reforms of the judicial system. The Court states in no unclear terms that the legislative framework that allowed the Minister of Justice to terminate judicial mandates at will without any subsequent judicial oversight is incompatible with Article 6(1) ECHR and the rule of law.

In this regard, the case is reminiscent of the well-known Baka judgment, but with the important difference that the legislative measure in question was of a general nature, affecting all court (vice) presidents in Poland, rather than a piece of ad hominem legislation. In the Broda and Bojara case, the incompatibility with the principle of the rule of law stems from the unfettered discretion that was afforded to the Minister. Rather, Broda and Bojara may be more closely related to the more recent judgments of Eminağaoğlu and Bilgen. In those two cases the Court had to rule whether the absence of any judicial review of decisions by the Turkish High Council of Judges – in casu a disciplinary sanction and a non-consensual transfer – was in conformity with the right of access to a court. In its judgments, the Court unanimously found a violation of Article 6(1) ECHR in these cases, on the basis of a very similar reasoning.

At this point, one can wonder whether it is still possible to satisfy both Eskelinen-criteria when judges are concerned. As the Court mentions itself, the increased importance it attaches to the principles of the rule of law, separation of powers and the independence of the judiciary, lead it to be particularly attentive for the protection of judges when their status or career are concerned. When one reads the Courts reasoning in this case and the stress it puts on judicial independence, it would seem rather unlikely that it will still accept an exclusion of access to a court as being justified on objective grounds in the interest of the state. Elsewhere, a similar remark was already made regarding the Eminağaoğlu and Bilgen judgments.

Yet, the Court goes somewhat further here. In Eminağaoğlu and Bilgen the Court simply came to the conclusion that the absence of judicial review implied that the right of access to a court had been impaired in its essence. In other words, the applicability of Article 6(1) ECHR in a context where there was no possibility of judicial review sufficed to find a violation. In Broda and Bojara, by contrast, the Court does not stop there, but adds several further considerations on the principle of judicial independence and the importance of procedural protection for judges.

In general, this judgment contains an overview of all the recent case law on judicial independence and the procedural safeguards that judges should enjoy. It should be possible to bring measures that are liable to infringe on the independence of judges before a court, which can provide a sufficiently serious review, not being limited to mere formal issues (on that: Kövesi). As such, it is clear that a system that granted unfettered discretion to a Minister to terminate mandates as court (vice) president without any judicial oversight is clearly incompatible with the Convention.

One can, however, be sceptical about the real impact of this judgment. As opposed to Xero Flor, this ruling does not immediately appear to have any structural consequences (though one can also wonder what exactly will be the result of that “non-existent” ruling). Since the power of the Minister to end the mandates was limited to six months, the judgment appears to have little bearing on the current situation. Polish judges that have seen their mandate terminated, but who haven’t already lodged a case before the Strasbourg Court will most likely see their case dismissed as being lodged out of time. Moreover, this judgment does not seem to provide a strong legal basis for Polish judges to now challenge an unfair termination of their mandate via national remedies, something which the Ástráðsson judgment, or the ECJ’s Review Simpson judgment, for example, did much more. The two applicants in this case have also only received financial reparations, in contrast to the Volkov judgment, where the Court ordered a dismissed judge to be reinstated. In this regard, the disheartening conclusion may well be yet again that this judgment is too little too late and that the Polish government has succeeded in putting loyal people in key places all throughout the judicial system, ensuring a tight grip on the judiciary as a whole. 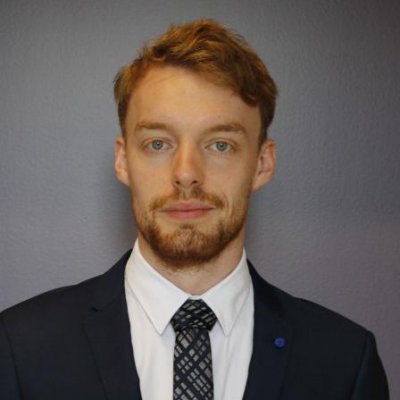 Other posts about this region:
Europa, Polen No Comments Join the discussion
pixel_not_set
Go to Top