In Costello v Ireland  the Irish Supreme Court upheld a constitutional challenge by a Green Party MP to the Government’s proposed ratification of the EU-Canada Comprehensive Economic and Trade Agreement (‘CETA’). Seven judges of the Court delivered judgments on 11 November 2022 running to over 160,000 words with different majorities formed on different issues. By a majority of 4:3, the Court held that ratification would breach Irish juridical sovereignty. Six judges, however, held that amendments to the Arbitration Act 2010 to preclude enforcement of awards that infringed Ireland’s constitutional identity would address the constitutional concerns on the juridical sovereignty issue, enabling ratification to proceed. At the time of writing, it is anticipated that the Government will seek legislative approval for those amendments, although this may raise doubts as to whether Ireland is properly giving effect in its domestic legal system to CETA’s requirements.

Beyond CETA, the greater significance of Costello may lie in its endorsement of constitutional identity as a doctrinal device that controls Ireland’s domestic legal engagement with its international law obligations. The validity of EU law within the Irish constitutional order depends, from the Irish perspective, on Irish constitutional and statutory authorisation. But the Irish courts have – to date – accepted that the CJEU determines the precise extent of EU law for as long as Ireland remains a Member State. The new status accorded to constitutional identity, however, may provide future Irish courts with the doctrinal tools to recalibrate the relationship between the Irish and EU legal orders.

CETA is an agreement between Canada, the EU, and the Member States of the EU, setting conditions of trade for a range of goods and services. The issues of controversy before the Irish Supreme Court concerned investor protection and dispute resolution. If ratified, CETA would bind Ireland to principles of equal treatment, non-discrimination and fair and equitable treatment. CETA would allow an aggrieved Canadian investor to make a complaint against Ireland to an arbitral tribunal under the rules of the UNCITRAL or ICSID Conventions, with compensation awards being enforceable in Irish law pursuant to the Arbitration Act 1980 or the Arbitration Act 2010. The content of ‘fair and equitable treatment’ is partly elaborated in the Treaty but EU-Canadian Joint Committees may also issue interpretations that bind the arbitral tribunals.

The Irish Constitution and international law

Crotty v An Taoiseach (1987) precluded the Government from ratifying Title III of the Single European Act on the basis that this would have fettered the Government’s power to conduct foreign policy. Constitutional amendments – for which referendum approval is necessary – were passed to allow ratification of the Single European Act, and later the Treaty on European Union, as well as the Treaties of Amsterdam, Nice and Lisbon. In Pringle v An Taoiseach (2012), an unsuccessful challenge to the ratification of the ESM Treaty, the Supreme Court majority interpreted Crotty as prohibiting the transfer of a policy-making competence rather than any more general prohibition on Ireland undertaking international obligations.

Article 34.1 of the Constitution provides that justice shall be administered in courts established by law by judges constitutionally appointed. The majority held that the arbitral procedure under CETA breached Ireland’s juridical sovereignty. A tribunal, with no constitutional authorisation, could find that Ireland’s public law or state actions breached the CETA rights of a Canadian investor and make an award of compensation that would become almost automatically enforceable in the State. Hogan J considered that the Arbitration Acts served as ‘a sort of makeshift pontoon bridge by which a CETA Tribunal award is enabled to cross that legal Rubicon from the realm of international law into an enforceable judgment recognised as such by our own legal system on a more or less automatic basis.’

The minority, in contrast, considered that there was no breach of juridical sovereignty because CETA Tribunals would neither interpret nor apply Irish law and could not make erga omnes findings. The Tribunals would operate in the international law domain, without any direct effect in Irish law. It was constitutionally legitimate for the Government to bind the State in international law to comply with the provisions of CETA and to incur a liability to pay compensation to an aggrieved investor if determined to be in default by a CETA Tribunal. Enforceability within the State of CETA Tribunal awards did not affect this analysis. The minority also placed weight on the low likelihood that a CETA Tribunal would ever make an award that would concretely infringe juridical sovereignty. In this regard, the minority was more persuaded than the majority by the analysis of the CJEU in Opinion 1/17, concluding that CETA would not adversely affect the autonomy of the EU legal order.

Three judges were of the view that the power of Joint Committees to adopt interpretations of CETA that would bind arbitral tribunals was essentially a law-making power inconsistent with Ireland’s status as a democratic country. A majority rejected this characterisation, noting that the Joint Committees were clearly designed to stop the CETA Tribunals adopting overly expansive interpretations. Two judges were of the view that CETA would breach the legislative sovereignty of the State, whether by allowing an award of compensation in respect of legislative measures validly enacted by the Oireachtas or by effectively allowing laws to be made for Ireland otherwise than in accordance with Ireland’s constitutional procedures. A majority rejected these arguments for reasons similar to those that pertained in respect of juridical sovereignty: measures having legal effect in international law did not have legal effect within the Irish legal order. Moreover, a direct or indirect chilling effect on legislation would not infringe the legislative power of the Oireachtas, since the power to make legislative choices was not impaired.

MacMenamin J characterised the plaintiff’s case in the following way:

Reduced to its essentials, this appeal is not only about text, but contingency. Underlying the appellant’s case is a question of apprehended threat. It is that CETA has some of the features of a Trojan Horse. While portrayed as a benefit, bringing free trade and economic growth, it is suggested it could carry with it the potential for an enhanced supernational form of trade dispute resolution … and … would become an ‘administration of justice’.

Unless or until Greek soldiers emerge, however, one can never be sure if one’s giant model horse is Trojan or just a thoughtful farewell gift. So with CETA. Its mechanisms pose – at least on one analysis – a theoretical threat to Ireland’s sovereignty. But whether that threat will materialise depends on future decisions taken by the CETA institutions. Faced with a Schrödinger’s Trojan Horse, the majority insisted the Horse remain outside the gates while the minority would have accepted the Horse confident that the Irish legal system could cope with the slight risk that Greek soldiers might later emerge.

Hogan J, with whom five other members of the Court agreed on this point, held that the juridical sovereignty problem would be addressed if the Oireachtas were to amend the relevant provisions of the Arbitration Acts to broaden the range of defences against the enforcement in Ireland of arbitral awards. The High Court would at least require the power not to enforce an award that materially compromised the constitutional identity of the State or fundamental principles of its constitutional order, or its obligation to give effect to EU law.

Charleton J dissented on this issue, reasoning that any such changes went beyond what was permitted by CETA – and the two arbitration treaties – and would thereby place Ireland in breach of both CETA and EU law, once the EU as a whole had ratified CETA.

O’Donnell CJ did not object to the fix proposed by Hogan J but tellingly observed that – even in the absence of amendments to the Arbitration Acts – no judgment could be enforceable in Ireland where such enforcement was contrary to the constitutional identity of the State, or fundamental principles of European law. Under Ireland’s requirement of constitutionally consistent interpretation, the High Court could never exercise a statutory power in a way that breached Ireland’s constitutional identity.

For judgments of such length and erudition, the ultimate disagreement between the majority and minority is surprisingly narrow. The fix proposed by the majority identifies the constitutional infirmity as the risk that a CETA tribunal might issue an award that would then be enforced within the State in a way that infringed Ireland’s constitutional identity or fundamental constitutional principles. For the majority, this infirmity is remedied by refusing admission to Schrödinger’s Trojan Horse: precluding ratification of CETA unless or until the Arbitration Acts are amended to include a constitutional identity exception to the enforcement of CETA awards. For the minority, Schrödinger’s Trojan Horse can be admitted, confident that the risk of an award in breach of Ireland’s constitutional identity is slight and, should it materialise, the High Court would in any event be compelled to refuse enforcement, irrespective of any statutory authorisation.

The minority approach would have run the risk that Ireland, should the High Court later refuse to enforce an award on constitutional identity grounds, would be found in breach of its international law obligations under CETA. Furthermore, there is a possibility that once the Treaty has been ratified by Canada, the EU, and all the Member States, Ireland would become bound by the Treaty in EU law, rendering any breach of the Treaty unlawful within the domestic legal system. Adoption of the proposed fix, however, would lessen these risks. The Government will presumably discuss with other Treaty parties whether amendments to the Arbitration Acts of the type suggested by the Supreme Court would be seen as adequate implementation of CETA and, if not, negotiate a protocol to the Treaty to allow for qualifications to the enforcement requirement. Attaining this legal clarity will, however, require the Irish Government to engage in a complicated set of international negotiations to hedge what is – depending on one’s perspective – a rather hypothetical risk.

Other posts about this region:
Europa, Irland 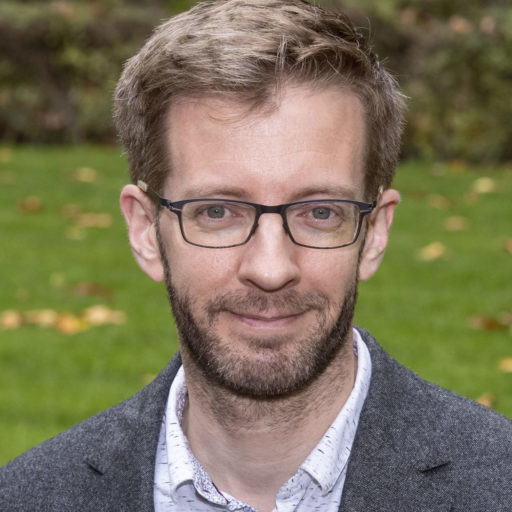 Oran Doyle Oran Doyle is professor in law at Trinity College Dublin and a research professor at the Academia Sinica Taiwan.

Other posts about this region:
Europa, Irland No Comments Join the discussion
Go to Top