Untying the Ties that (don’t) Bind

On 25 May 2022, German Green Party MEP, Daniel Freund, wrote to the President of the European Council, Charles Michel, suggesting that Hungarian Prime Minister, Victor Orbán, should “no longer participate in meetings of the European Council, until democracy is restored in Hungary.” Mr Freund pointed to Article 10(2) TEU which provides that, “Member States are represented in the European Council by their Heads of State or Government and in the Council by their governments, themselves democratically accountable either to their national Parliaments, or to their citizens” (my emphasis). Mr Freund took the view that Mr Orbán no longer fulfils this criterion.

Mr Freund’s letter utilises an operative reading of Article 10 TEU that I have advocated before. In May 2020, writing for Verfassungsblog, I argued that Article 10(2) TEU, read in conjunction with the principle of representative democracy in Article 10(1) TEU, could be utilised as a basis for the exclusion of democratically unaccountable representatives from the European Council and the Council. This idea was developed further in an article published in the European Law Review in February 2022, in which I expanded on how Article 10 TEU could be utilised judicially and could serve as a basis for annulment of acts of the European Council or Council.

Before addressing the arguments in President Michel’s reply to Mr Freund, a preliminary point should be made. While President Michel’s straightforward reliance on Article 15(2) TEU as fixing the composition of the European Council – and therefore tying his hands – is an arguable and orthodox one, it is an argument which fails to consider the relationship between Article 15(2) TEU and the qualifying criterion of ‘democratic accountability’ in Article 10(2) TEU. It is this criterion that affords the European Council its democratic legitimacy and compliance with the principle of representative democracy in Article 10(1) TEU. As I have set out these arguments and other related arguments in detail previously (see links above), I will not repeat them here. Instead, I will address Mr Michel’s heavy reliance on Wagenknecht.

In Wagenknecht, the applicant, in Article 265 TFEU proceedings, sought a declaration that the European Council unlawfully failed to act on a request to exclude the Prime Minister of the Czech Republic, Mr Andrej Babiš, from a meeting of the European Council on 20 June 2019 and from future meetings concerning the financial interests of the EU. The applicant argued that Mr Babiš should be excluded due to an alleged conflict of interests arising from his personal and family interests in companies in the agri-food sector. The applicant argued that these interests infringed against the requirements of Article 325(1) TFEU (protection of the EU’s financial interests) and Article 61(1) of Regulation 2018/1046 on the financial rules applicable to the EU’s general budget (the provision relating to conflicts of interest). Ultimately, the General Court ruled that the action was inadmissible and, in any event, manifestly lacking any foundation in law. However, there are a number of reasons why President Michel’s reliance on this case is problematic.

First, Wagenknecht does not relate to the question of whether a representative of a Member State should be invited to a meeting of the European Council. Rather, it relates to the question of which representative should attend on behalf of the Member State when the invitation is made. As established above, Article 15(2) TEU provides that a Member State is represented by its head of state or government (my emphases). In Wagenknecht, the argument being made was not that the Czech Republic should not be represented at all; rather, the argument was that the Czech Republic should not be represented by Mr Babiš, because of allegations against him. Indeed, paragraph 35 in the General Court’s order, relied upon (in part) by President Michel is his letter, makes this context clear:

“In the present case, … it must be found that, as the European Council claims, that institution has no discretion in the application of Article 15(2) TEU when it invites the Heads of State or Government of the Member States to European Council meetings. Indeed, in the absence of precision on that point in that provision, the provision must be understood as being based on the premiss [sic] that it is the responsibility of the Member States to adopt national measures, including constitutional measures, making it possible to determine whether they should be represented, at meetings of that institution, by their Head of State or Government respectively and, if so, whether there are grounds which may lead to one of them being prevented from representing his respective Member State within the European Council” (my emphases).

The order in Wagenknecht relates, therefore, to the question of who should represent the Member State (Head of Government or Head of State) and not whether the Member State can be represented in the first place. The question of who – between Head of State or Government – is purely a matter for the Member State’s constitutional arrangements. The question of whether a Member State can be represented at all (if its representatives cease to be democratically accountable), and the extent of the European Council’s discretion in that regard, is not dealt with unequivocally in Wagenknecht. It may well be of course that President Michel took advantage of the framing of Mr Freund’s letter: Mr Freund did not argue that Hungary should go unrepresented at all; instead, he argued that Mr Orbán should not be allowed to participate, which may have allowed President Michel to raise Wagenknecht.

Secondly, even if one were to accept President Michel’s wide interpretation of the order in Wagenknecht as tying his hands, it is evident that the applicant’s argument for the exclusion of the Czech Prime Minister in that case was different to the argument being made by Mr Freund for the exclusion of Mr Orbán. In Wagenknecht, an allegation was being made against an individual, Mr Babiš, relating to his personal affairs. Moreover, the provisions of EU law being relied upon to justify the Czech Prime Minister’s exclusion were Article 325(1) TFEU and Article 61(1) of Regulation 2018/1046, neither of which relate (directly) to the EU’s founding values in Article 2 TEU. Moreover, neither of these provisions relate to qualifying norms for membership of the European Council. This differentiates Wagenknecht from the situation with Hungary and the question of whether its government may be represented in the European Council in accordance with Article 10(2) TEU. It makes Wagenknecht an inappropriate authority in the latter context.

Ultimately, I am not convinced by President Michel’s apparent recourse to a literal reading of Article 15(2) TEU which fails to consider its relationship with other provisions relating to the composition of the European Council; in particular, Article 10(2) TEU. President Michel was able to equivocate to some extent by relying upon the fact that Mr Freund is his letter suggested that Mr Orbán should be excluded from the European Council. This allowed Mr Freund’s request to be characterised as one relating to who should represent Hungary, rather than whether Hungary could be represented at all, and therefore permitted reliance on Wagenknecht. The tenor of President Michel’s letter, however, suggests that he views his hands as tied on both the who and whether questions, and that he considers Article 15(2) TEU alone to be definitive. If that is the case, it may eventually have the effect of rendering the description in Article 10(2) TEU of Heads of Government or State as being “democratically accountable” a mere decorative bauble, rather than a qualifying criterion for representation in the European Council. And that would not seem in keeping with the Article 10 TEU requirement that the “functioning of the EU shall be founded on representative democracy.” 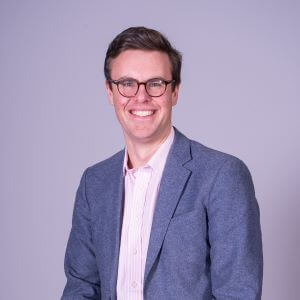 John Cotter Dr. John Cotter is a lecturer in law at the School of Law, Keele University