The German Crisis of European Law

1. The specter of national hegemony has haunted the field of European law ever since in its emergence in the 1950s in the wake of creation of the European Communities.1) As the circulation and competition between national and professional models of law have always been central to its dynamics, this transnational field has developed as a reflexive field questioning its own “European-ness” -that is its capacity to produce authentically “European” norms that are not just a mask for new forms of domination, influence or hegemony. Big Member States have been under continuous scrutiny for their propensity to export power asymmetries into the field of European law and establish a variety of forms of capture -whether linguistic, methodological, doctrinal or even ideological. The monopolistic position of French as the “langue du délibéré” of the Court of Justice of the European Union has been described as favoring the recruitment of judges and référendaires trained in France or Belgium, ultimately leading to a situation where “Francophones have a disproportionate influence over the shaping of EU law”. Other viewpoints have insisted ever since the 1980s on the domination of English (and English-speaking publishing venues) as the vector of transnational communication among EU Law scholars – with the related risk of the marginalization of otherwise lively national legal scholarships that end up being prevented from weighing in on Europe’s doctrinal conversation. In the years 2000, at the peak of the debate over the European Constitution, some have also regretted forms of doctrinal capture by American ways of law as identified in the interdisciplinary, contextual and constitutionalist paradigm of EU Law that had found a particularly welcoming place on the hills of Fiesole.2)

2. It is of course not surprising that German law and lawyers be also subjected to the same suspicion. All the more so in the post-Brexit context, as the specter of “German hegemony” now runs through almost all EU policies and institutions, starting with economic and monetary policies. The argument is not entirely new in the field of law. Scholars have long insisted on the critical role of German lawyers in shaping of EU civil service and administration, or on the enduring influence of the ordoliberal creed in the “economic constitutionalist” paradigm that developed in the early 1960s at the core of DG Competition policies and later solidified in the caselaw of the CJEU. Still, German law and lawyers have long remained unlikely candidates for hegemony – and still do, to a certain extent. If one considers the usual metrics for academic influence (continuous flow of book translations from center to the periphery, migration of scholars from the periphery to the center, concentration of legitimacy-giving scientific authorities, etc.), it is indeed hard to find a systemic pattern of domination. Even the German constitutional court’s caselaw, certainly the most consistent dissenting voice in the European legal chorus, has for long appeared as idiosyncratic (if not völkisch) and bound to progressively “normalize” in the overall process of convergence around EU law core principles.3)

3. Yet, the situation has undoubtedly changed over the past two decades. To be sure, it remains difficult to identify a quintessentially “German” conception of law that would have hegemonized European legal debates. Even in domains where the presence of German legal tradition is most visible, such as the diffusion of the standard of proportionality in judicial decision making all over the continent,4) it is hard to establish a top-down type of relationship. What may be more striking and new however is that the German constitutional controversy over (legal / political) future of Europe has now taken center stage transnationally. If one defines hegemony as the capacity of one given (national) field to export its professional and doctrinal disputes the other fields (here, that of European law), then it might be argued there is indeed an ongoing process of hegemonization to be traced.5)

Suffice it to consider the recent judicial saga in the Weiss case: from the first submissions before the FCC (2017) to the preliminary ruling of the CJEU (December 2018) and the recent resounding PSPP decision (May 2020), the case has, to a large extent, taken the shape of a debate among various German legal and political fractions. Yet, as exemplified by the magnitude of reactions all over Europe, the terms of the debate, the venues and the actors of this German controversy over the European integration have structuring effects on our transnational conversation over European law: the pan-European pole embodied by the German Law Journal and the Verfassungsblog has become in few years the transnational hub of legal scholarship6) while the moves of Euroskeptic law professors and plaintiffs (Peter Gauweiler, Karl Albrecht Schachtschneider, etc.) in Karlsruhe are now closely followed by the promoters of populist constitutionalism in Central and Eastern Europe. It all occurs as if the German constitutional crisis over the scope of EU competence had transnationalized and refracted at the European level.

4. As one explores the reasons for such a structuring role, it is hardly convincing to search for, let along identify, any specific legal coup or constitutional plot. What is instead to be seen is a slow-moving continental drift that has caused for the center of gravity of the field of European law to shift significantly ever since the 2000s, from debates over the contours of Europe’s Constitution to controversies over “national constitutional identities” and the limits of EU competences.

5. While here is not the place for an entire history of these transformations, one should locate the first step in this progressive shift in the process of accession of countries of Eastern and Central Europe to the EU in the 2000s. As is well-known, the FCC has been the template on the basis of which many CEE constitutional courts were modeled as these countries were moving into the family of liberal democracies. While the FCC caselaw has been influential on many legal grounds, becoming by far the most quoted constitutional court in Europe, it is certainly the Second Senate and its EU-related caselaw which has had the most enduring influence. On the subject matter, the FCC has long constituted a reference point as the most systematic and explicit critic of the CJEU in its claim to review EU law – up until the climaxic PSPP decision where, for the first time, it considered a decision from the ECB and a judgement from the CJEU to be ultra vires and not applicable to Germany. Thereby, the FCC has provided EEC constitutional courts with a rich grammar of arguments and a powerful legitimizing umbrella when it comes to challenging the authority of EU law and that of the CJEU. Its long-standing caselaw ever since the Maastricht and Lisbon decisions has played the role of “indirect precedents” for these host of younger constitutional courts – whether in terms of challenges to the exclusive jurisdiction of the CJEU, in terms of the criticism of the notion of unconditional supremacy and the teleological interpretation of European treaties, or in terms of ultra vires review.

6. A second essential step of this shift is the Eurozone crisis which has positioned the FCC at the core of Europe’s emergency politics. Certainly, because it is the constitutional court of Europe’s economically and politically dominant Member State – thus becoming the one national legal institution to have acquired direct European political leverage, if not veto power. But also, because the Damocles spade put by the FCC over the fate of EU law has given German complainants (law professors, political parties, and citizens’ petitions) a critical role in concretely activating its ultra vires review. As German ministers, MPs, economists, central bankers, law professors were also invited to take part to hearings, the Karlsruhe courtroom has become a quasi-permanent constitutional battleground throughout the 2010s over the future of the government of the Euro and of the European Union.7)

7. In an EU context in which there are very few spaces to question (not to say reverse) the course of EU economic policies, this German constitutional battleground has become the transnational chamber of appeal of EU decisions – with German contending actors (ministers, academics, central bankers, etc.) somehow acting vicariously for their national counterparts, whether pan-European or Euroskeptic.8) While the FCC insists that it acts only as the guardian of the German Constitution and that its determinations are purely constitutional and exclusive of any other consideration, it has nonetheless itself contributed to this transnationalization of German constitutional politics as it claims to be representative of other national constitutional courts. The Gauweiler decision is a case in point, as it “enrolls” the constitutional caselaw of no less than ten other Member States in its claim to be interpreting a majoritarian trend in its ultra vires judicial review.9)

8. In other words, the debate over European law has been progressively hooked by German constitutional politics with the FCC courtroom playing the pivotal role both Germanizing European (law-and-politics) disputes and to Europeanizing German (law-and-politics) disputes. This German-EU hinge bears many structural problems as both fields become hostages of each other and mutually blind to one another’s idiosyncrasies. The flaws of such deadlock can be felt even more acutely ever since the rise of right-wing populist governments in Hungary and Poland has given a sharp political twist to the legal dispute over EU competences. The enthusiastic reaction of the Polish government to the PSPP judgment,10) just as the prompt criticisms over the failure of the Second Senate to take into account the impact of its decisions beyond the borders of Germany are emblematic in that respect. In a European Union whose structure of political opportunities provide very few levers for an effective “voice”, particularly in the field of economic and monetary policies, it all occurs as if German constitutional battleground had become a national legal substitute, with the result of profoundly reshuffling the stakes and tropes of the field of European law. 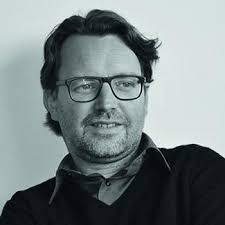