The authority of the European Court of Justice (ECJ), the veritable Supreme Court of the European Union, has come under attack.  In May 2020, the German Constitutional Court challenged the authority of the ECJ by holding that the Luxembourg court had acted beyond its mandate by allowing the quantitative easing measures issued by the European Central Bank. This controversial decision has sparked a heated debate over the EU constitutional crisis. Some fear of a domino effect will take place as courts from other member states including Poland and Hungry may soon follow in Germany’s footsteps to stand up to the ECJ.

While many remain fixated on how the German decision has triggered the EU constitutional crisis, the public may have overlooked a more fundamental problem that has long beset the legitimacy of the ECJ—its own institutional failures.  In my article “The Faceless Court” published in 2016, I expound a number of institutional challenges facing the Luxembourg court.

The problem begins with the judicial selection process.  EU judges are, in effect, appointed by their own member states. However, the high judicial salaries and lack of procedural safeguards for EU judicial appointments attract political appointees.  The short tenure of the judges further hampers the productivity of judges.  Although EU judges serve renewable six-year terms, I found that over 42% of the sampled judges served no more than six years.  Besides, the French language requirement hampers the performance of some judges who do not have proficiency in the language.  For these reasons, some appointed judges are not competent to perform their duties and rely heavily on their law clerks, formally called the référendaires.

Référendaires form part of a hidden workforce within the Court. Their names are never mentioned in any judgments, nor does the Court publicize their profiles. Nonetheless, they play an indispensable role in the Court’s decision-making process.   In February 2015, I used LinkedIn to hand-collect the background data on 177 current and former référendaires.  Based on this sample, I found that référendaires are drawn from a very closed social network.

Compared with the diverse nationalities of EU judges, the backgrounds of référendaires are relatively homogeneous. The requirement of French as a working language significantly limits the pool of eligible candidates for référendaires. Over 42% of référendaires at the Court of Justice were citizens of Belgium, France, and Luxembourg. At the level of the General Court the percentage is only slightly higher, at 49%. On the other hand, référendaires from the Nordic, common law, and ex-socialist countries were underrepresented. Indeed, at the General Court, there was only one référendaire from a Nordic country and two from common law countries.

Using the country of origin as a crude proxy for the legal tradition in which a référendaire is bred, I found that 79% of référendaires at the Court of Justice and 83% at the General Court were educated at law schools located in France, Belgium, or Luxembourg.  Indeed, the three schools with the highest number of graduates working as référendaires are all located in French-speaking countries: College of Europe (23.6%), Université Panthéon-Assas (10.3%), and Université Panthéon-Sorbonne (9.7%).  The leading former employer of these référendaires is the Court itself (16.9%), as many référendaires used to work as linguists or researchers in the Court, subsequently followed by the European Commission (13.6%).

Based on these worrying findings, I proposed to the Court that there are three critical aspects in need of reform. First, the EU needs a unified policy for judicial appointments instead of continuing its current fragmented approach in nominating EU judges. Additionally, more careful consideration should be afforded to the optimal structure of judicial careers (e.g., compensation, tenure, exit options), which directly influences judicial selection and the behavior of judges.

Second, the Court should reconsider the use of the French language as its main working language. The difficulty of the French language and its imposition as a working language has prohibited many EU countries from finding suitable candidates to serve at the Court. Equally important, but oftentimes ignored, is the fact that French also artificially reduces the size of the labor market for référendaires, resulting in an unintended outcome wherein Francophones have a disproportionate influence over the shaping of EU law. English is the obvious alternative. As a foreign language, English is more widely spoken than French in Europe, and has functioned well as the official working language in other EU institutions including the Commission.

Last but not least, the recruitment, management, and governance of référendaires should command more attention from EU policymakers. The secondment program from the Commission to the Court raises issues of conflict of interest, and it is questionable whether such a scheme should be allowed to continue.  Now that almost four years have passed since the publication of my article,  all these suggestions appear to have fallen on deaf ears.

In his classic “Why People Obey the Law”, Tom Tyler finds that people’s assessment of legitimacy does not depend on obtaining favourable outcomes, but is more strongly influenced by the procedural justice.  The institutional defects I identified in my study raise serious concern about the procedural justice at the EU’s highest court:  Is each member state adequately represented through their appointed judges in Luxembourg?  Do certain member states gain disproportionate influence over the court through their comparative advantage in the French language and French legal tradition? Does the revolving door between the Commission and the Court affect the impartiality of the court’s decision-making process?

Without proactively addressing these questions, the institutional defects I highlighted above will continue to lay the foundations for future challenges, leading to further erosion of respect for the ECJ.  The German judges are the first to defect, but more could follow suit soon. 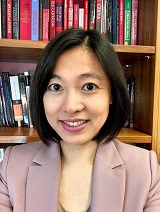 Other posts about this region:
English Articles, Europa 9 comments Join the discussion
Go to Top