When Is a Court Still a Court?

The ECtHR's Advance Pharma Case and the Polish Judiciary

On 3 February 2022, the European Court of Human Rights issued a judgment in the case of Advance Pharma sp.z o.o. against Poland. After the cases of Reczkowicz v. Poland and Dolińska-Ficek and Ozimek v. Poland, this is another judgment on the irregularities in the appointments of judges to the Polish Supreme Court. The ECtHR found a violation of Article 6 para. 1 of the ECHR again. The main reason for this was the appointment of judges upon the motion of the National Council of the Judiciary (NCJ), which is no longer an independent body after the legislative changes adopted in 2017. In doing so, the Court confirmed its previous rulings. But it also touched on several implications of its own conclusions for the Polish judiciary. It suggests that its conclusions may be relevant also for the assessment of the status of judges of ordinary courts in Poland and that the authorities should ensure the possibility to reopen proceedings in certain situations. Mathieu Leloup already highlighted the importance of the Advance Pharma decision for the question whether applicants are required to exhaust domestic remedies that suffer from systemic deficiencies before going to Strasbourg.

A Confirmation of Previous Judgments

The applicant in this case was a pharmaceutical company, whose cassation appeal was dismissed by a panel of three judges of the Civil Chamber of the Supreme Court. These judges were appointed by the President at the request of the reorganized NCJ. In its application to the ECtHR, the company alleged a violation of the right to an independent and impartial tribunal established by law guaranteed under Article 6 para. 1 ECHR.

To a large extent the judgment of the Court resembles previous rulings concerning the Polish Supreme Court crisis (Reczkowicz v. Poland, Dolińska-Ficek and Ozimek v. Poland). The Court again limited itself to examining the case in terms of the right to a fair trial established by law, finding that a separate examination of the issue of judicial independence was unnecessary. For that purpose it applied a test established in the Ástráðsson v. Iceland judgment and examined whether (1) there had been a manifest breach of national law in the process of appointing national judges; (2) the violated norms were fundamental to the entire process of appointments; (3) the domestic courts properly reviewed and remedied the violations.

In the first stage of the test, the Court found that there has been a breach of domestic law on two counts. Firstly, judges were appointed upon the motion of the unlawfully constituted NCJ. The second violation of domestic law concerned the lack of effective judicial review of the resolution of the NCJ on the basis of which the above mentioned group of judges was appointed. In the second stage of the Ástráðsson test, the ECtHR found that the above mentioned breaches of domestic law were manifest and pertained to norms of fundamental importance for the entire process of appointments. Finally, as regards the third stage of the Ástráðsson test, the ECtHR noted that the resolution of the NCJ on the nomination of the above mentioned judges was challenged before the Supreme Administrative Court. This court ruled that the resolution was illegal and quashed it. However, due to the fact that the President had already appointed judges nominated by the NCJ in the challenged resolution, the judgment of the Supreme Administrative Court was rendered ineffective. In this situation, there was no remedy for the violation of the law in the appointment process.

The judgment in the Advance Pharma case does not constitute a revolution in the jurisprudence of the ECtHR. It mostly confirms the conclusions from the previous judgments. It is clear now that the Supreme Court’s adjudication involving unlawfully appointed judges violates Article 6 para. 1 ECHR. Similarly, it is undeniable that to fully comply with the Court’s judgments, it will be necessary to restore the composition of the NCJ to a state consistent with the Constitution.

However, there are still a number of issues to which the latest judgment of the ECtHR does not provide a clear answer.

What About the Ordinary Courts?

Firstly, one may wonder whether the conclusions presented in the Court’s judgments concerning the Polish Supreme Court are also applicable to ordinary courts adjudicating in panels with newly appointed judges. In my previous post regarding the Reczkowicz case, I indicated that in the light of the Court’s argumentation, the situation of these different judges is comparable because they were all tainted with the same “manifest breach of domestic law”, namely the nomination by the unlawfully composed NCJ. After reading the Advance Pharma judgment, I am still inclined to this interpretation. In para. 364 of the judgment, the Court explicitly stated that the identified deficiencies in the procedure of appointing judges “have already affected existing appointments and are capable of systematically affecting future appointments of judges, not only to the other chambers of the Supreme Court but also to the ordinary, military and administrative courts”. However, I admit that the answer to this question is not completely clear, which was also noted in the concurring opinion of judge K. Wojtyczek. According to K. Wojtyczek, even though some parts of the judgment may indeed be understood as a confirmation that all judgments issued “with the participation of judges appointed upon the motion of the NCJ created in 2018 may be considered in breach of Article 6”, para. 365 suggests a different interpretation. In this fragment the Court stated that with regards to the consequences and the legal effects of judgments issued by unlawfully appointed judges, the Polish State may consider the adoption of general measures implementing the conclusions of the resolution of the Supreme Court of 23 January 2020. What is important here is that this resolution is based on a differentiation between the statuses of Supreme Court judges and judges of other courts. According to K. Wojtyczek, the reference in Advance Pharma to the Supreme Court’s resolution may thus suggest that “the validity of ordinary court judgments and of administrative court judgments – rendered with the participation of unlawfully appointed judges – has to be assessed on a case-by-case basis and their participation will not necessarily entail a breach of Article 6”.

I interpret this fragment of the Court’s ruling differently. For me it referred only to the problem of reopening of proceedings which were conducted before a court composed of unlawfully appointed judges. This is a different problem from the Court’s assessment whether Article 6 of the Convention was violated in a case where a judgment was issued by an unlawfully appointed person. In light of the Court’s case law (including the Ástráðsson case), a finding of a violation of Article 6 does not necessarily imply the right to reopen proceedings before domestic bodies. It is therefore possible to adopt a more nuanced approach to this matter, similar to that adopted in the Supreme Court resolution. In this 2020 resolution, the Supreme Court differentiated between the statuses of the Disciplinary Chamber, the Supreme Court and other courts. Judgments issued by the Disciplinary Chamber are always flawed and so the proceedings may be reopened regardless of whether they were issued before or after the announcement of the resolution. Judgments of other chambers of the Supreme Court issued with participation of judges appointed upon the motion of the “new” NCJ may be questioned only when they were issued after the announcement of the resolution. Finally, judgments of ordinary courts issued with the participation of unlawfully appointed judges may be questioned only when they were issued after the announcement of the resolution and only when the flaws in the appointment process negatively affected the independence and impartiality of a judge, which must be assessed on a case-by-case basis. Therefore, the reference in Advance Pharma to the Supreme Court’s resolution may indicate that the Court in Strasbourg would accept that reopening of proceedings before ordinary courts may not always be possible.

Who Is Still a Judge?

Third, we still know nothing about the status of unlawfully appointed judges of the Supreme Court. In the light of the recent ECtHR judgments, there is no doubt that they were appointed in violation of the law, and their participation in the examination of cases leads to a state of non-compliance with the Convention. However, it is not clear whether these persons are considered to be judges at all. If they weren’t, they wouldn’t be covered by guarantees of irremovability for example. Of course, it is primarily a duty of domestic authorities to assess the status of this group of officials through the prism of national law, in particular the Constitution. From the point of view of the Convention, the most important thing is to ensure that they do not participate in the examination of cases that fall within the scope of Article 6 ECHR. The national authorities may theoretically come to a conclusion similar to the one the Icelandic Government reached after the Ástráðsson judgment, and thus consider that the defectively appointed persons are still judges, but cannot adjudicate until legally appointed. The question arises, however, whether it would be permissible to adopt a different assumption and remove all these judges from office without granting them the right to a court. In recent years the ECtHR issued many judgments finding a violation of Article 6 and 8 due to the arbitrary removal of a judge from office, but one may wonder to what extent these standards apply to defectively appointed persons. In my opinion, it would be problematic to remove the entire group of defectively appointed judges by law without allowing them access to a court. Regardless of the flaws in their appointment, these persons enjoy certain rights under domestic law resulting from the established professional relationship and for this reason their removal from office may constitute a matter concerning their “civil rights and obligations” within the meaning of Article 6 ECHR. Consequently, depriving them of their right to access to justice could potentially conflict with the Convention. This does not mean, however, that the law could not provide for measures to review their status and even deprive some of them of their positions. This would not only be permissible, but even desirable, but it should be carried out in a process based on the rule of law.

Perhaps some of the issues outlined above will be solved in future cases of the ECtHR. Among the already communicated cases, particular attention should be paid to the case of Brodowiak and Dżus v. Poland which concerns the appointment of judges of ordinary courts with the participation of the reorganised NCJ. Given that the case was communicated to the government a few months after the Advance Pharma case, one can expect the judgment of the ECtHR to be announced shortly. 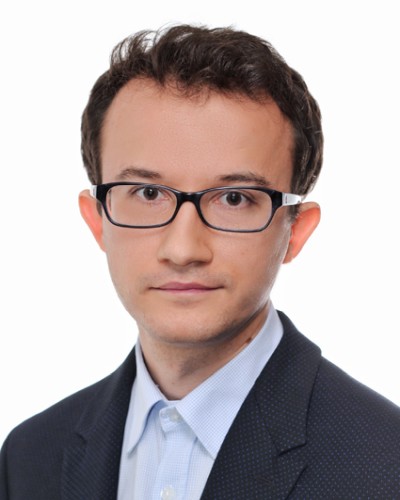 Marcin Szwed Marcin Szwed is an Assistant Professor at the Faculty of Law and Administration at the University of Warsaw and lawyer at the Helsinki Foundation for Human Rights.

Other posts about this region:
Europa, Polen No Comments Join the discussion