Why Tusk’s Proposal is not so Bad

Should the other EU member states rebuff the UK’s reform demands and seize the opportunity to amend the Constitutional treaties instead? Unlike Federico Fabbrini, who in his post of the 3rd of February proposed they should, I will argue that European integration doesn’t follow a linear path, and it may therefore be necessary to give in to some requests. This would not lead to EU disintegration.

The EU is facing troubled times.. The public opinion is bombed with unsettling news of threats – or presumed threats – to the very existence of the Union. The gruesome violence of the Islamic State and the refugees trying to escape it are examples of external factors which have an internal dimension: how to deal with refugees and terror? There are then internal factors. In addition to the long-lasting, economically and socially devastating, energy-consuming Eurozone crisis, recent developments on the prospect of the United Kingdom leaving the EU have made headlines. David Cameron has promised – and continues to promise – a referendum on UK’s withdrawal from the EU before the end of 2017. His Conservative government is now trying to “re-negotiate” UK’s participation to the EU. The UK asks not to take part in further political integration; that national parliaments should be entitled to veto EU legislation; to redefine the relation between the Eurozone and the non-Eurozone countries; and to limit access to social benefits for citizens of other EU countries who move to Britain. The President of the European Council, Donald Tusk, seems well inclined to accept UK’s requests in his letter to the other Heads of State and Government released on the 2nd of February. This “hot potato” deserves the full attention of analysts. A reflection on the possible reactions of the EU, whose “clear objective is to have an agreement of all 28 at the February European Council”, scheduled for the 17th of February, is therefore now a top priority.

Federico Fabbrini’s position is very clear: “despite Mr. Tusk’s accommodative position, the European Council should firmly reject Mr. Cameron’s demands to obtain a special status within the EU”. I agree with him on what I assume is his underlying, implicit principle: that the European Union is a project totally worth pursuing – and that granting UK’s special treatment is a bit of a setback. However, my contention is precisely that the EU is not aim but a means, and that the path to achieve it is a non-linear one.

Fabbrini states that the reason to refuse a special status to the UK is inherent to the very nature of the EU, which “should be seen as a package deal.” I disagree: the Union exists to fulfil an objective. It has been so since its very beginning. Its existence is functional to the attainment of the preferences of the MSs (see Art 1 Treaty on the European Union: “the high contracting parties establish among themselves a European Union (…) on which the Member States confer competences to attain objectives they have in common”).

The road to an “ever closer Union” does not have to flow smoothly into one direction. It may suffer from criticisms, temporary crises, and drawbacks. The history of European integration shows that it is so. There are studies which point to how the US and the EU have “rhythms” of centralisation and de-centralisation. Member States cyclically bid for more national power. It happened for De Gaulle’s France in the 60s, or with the failure of the “European Constitution” in 2005. Then the same Member States agree to confer power to central, supra-national institutions. This happened at the beginning of European integration in the 50s, or after the end of the Cold War with the Treaty of Maastricht (1992). The power periodically shifts from the centre to the States, and then vice versa. Arguably, this is the essence of democracy. An endless conflict that nonetheless does not lead to destruction. What may now look like a defeat for the EU may be the key to staying together, and indeed to the Union’s success.

Therefore, the UK should be granted some special status – though to what extent is a purely political consideration. Diplomats and Heads of States and Government will know how to find a reasonable compromise. And a compromise – the key of peaceful coexistence- would not disintegrate the EU. It would simply grant some requests to satisfy Mr. Cameron. All the more so since, as the Economist argued, granting the requests may still be unsatisfactory for the hard-core British Euro-sceptics, and pro-EU arguments may even result strengthened. Ultimately, politics and law work with two different logics, even though they have to interact. Granting the political request now doesn’t mean that the law cannot be changed in the future, when the UK may want to change its preference again. The future of Europe depends on internal electoral cycles – be it the British one as in this case, or the German or French in the near future. It already happened to the UK – it did not join what was then the European Community in the late 50s, only to change its mind few years later, in the 60s. Now, a moment of decentralisation, what Fabbrini calls “the cherry-picking EU rules” may be necessary to re-adjust the balance of power from Bruxelles to MSs. The pendulum will then come back to Bruxelles when the MSs will need so.

Considering the appalling economic and political conditions of a continent devastated by two recent world wars, Tony Judt wrote that “pacific Europe was not born of the optimistic, ambitious, forward-looking project imagined in fond retrospect by today’s Euro-idealists. It was the insecure child of anxiety.” The insecure child has certainly grown a lot since the Treaty of Rome. And every crisis is indeed an occasion to make it stronger. 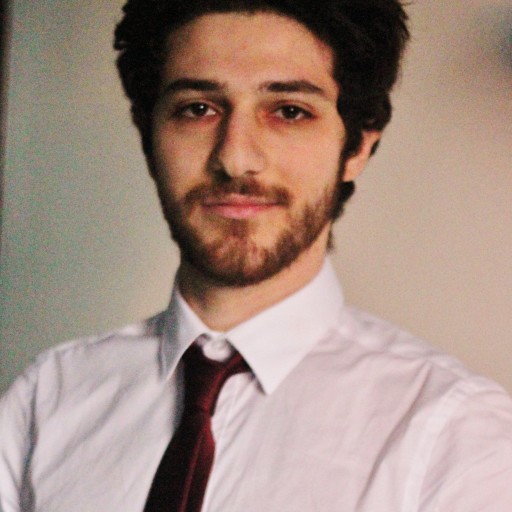