Will Russia Yield to the ECtHR?

Fedotova and Others v. Russia: Yet Another Test Case of Russia’s Resistance to the European Human Rights Standards

On 13 July 2021, the European Court of Human Rights published its judgment in Fedotova and Others v. Russia, a case which concerned the lack of legal recognition of same-sex relationships in the Russian legal system. The case was brought by three Russian same-sex couples who had unsuccessfully tried to have their de facto stable relationships acknowledged as marriage under the Family Code of the Russian Federation. During the domestic proceedings, the applicants did not claim recognition of their unions in a form alternative to marriage, as no such alternative regimes existed in the Russian legal system. However, at the proceedings before the ECtHR, the essence of the applicants’ argument was exactly the lack of such legal alternatives allowing them to have their relationships acknowledged. Unlike in Schalk and Kopf v. Austria the applicants in Fedotova and Others pragmatically did not assert a violation of Article 12 of the Convention (the right to marry) due to the exclusion of same-sex families from legal marriage but relied on Article 8 – the right to respect for private and family life and Article 14 – prohibition of discrimination.

The Court endorsed this approach and proceeded with examining the case as an Article 8 issue on its family life limb. The judgment in Fedotova and Others was unanimously adopted by a chamber of seven judges which perhaps indicates – contrary to the position of the Russian Government – that the Court no longer considers the legal issues related to same-sex unions as raising much controversy and thus warranting involvement of the Grand Chamber. However, it is highly unlikely that Russia will enforce the ECtHR judgment, at least in the short run, as it may be viewed as contrary to the Constitution, which protects the institution of marriage as the union of a man and a woman.

A steady development of the Court’s case law or a step forward?

In a rather straightforward judgment, the Court analyzed the case through the positive obligations of states under Article 8 of the Convention. The analysis of the Court in Fedotova and Others mostly follows its approach in Oliari and Others v. Italy. The latter has indeed many similarities with Fedotova, in particular – the lack (at the material time) of any form of legal recognition of same-sex unions in Italy.

Yet, the differences between Oliari and Fedotova must not be neglected. Fedotova is the first judgment against a member state which has fiercely opposed the very concept of the legal recognition of civil unions between same-sex couples, and against the state which – starting from the very first case related to discrimination on account of sexual orientation (Alekseyev v. Russia, 21 October 2010) – has questioned the very idea of applicability of the Convention guarantees to homosexuals.

Thus, Fedotova is different from Oliari and also from Vallianatos and Others v. Greece although it should be viewed as a logical development of the Court’s well-established principles. Both in Oliari and Vallianatos, the respective governments did not deny the existence of same-sex families and the idea that such families may require legal recognition. In Vallianatos the Greek Government argued that the legislation introducing civil unions excluded same-sex couples because its purpose was to protect children born to unmarried couples and that is why the failure to open civil unions to same-sex couples was justified. In Oliari the Italian Government argued inter alia that homosexual unions were protected by other judicial and non-judicial means. This perhaps explains the swift and smooth implementation of these judgments in Greece and Italy.

Immediately after the Fedotova judgment was announced the Russian President’s Press Secretary Dmitry Peskov stated that Russia would not enforce the ECtHR judgment as it is contrary to the Constitution, which protects the institution of marriage as the union of a man and a woman. It remains to be seen whether this statement reflects the official stance of the Russian Government. There are several possible scenarios for (non)-implementing Fedotova once it becomes final.

If the Court’s judgment is going to be portrayed as an imperative for legalizing same-sex marriages in Russia on the domestic plane, it will undoubtedly be non-enforceable as a matter of principle. During the proceedings before the European Court, this was exactly the position of the Russian Government: while the Court makes a clear distinction between marriage and other forms of legal recognition of family unions, the Russian Government seemed to regard any form of legal acknowledgment of same-sex unions as endangering the “interests of a traditional family unit”, that is marriage.

Alternatively, the Fedotova judgment may simply be ignored, just like the Bayev and Others v. Russia judgment, which also criticized the legislative framework (the laws against promotion of homosexuality). Despite the Court’s explicit finding that this legislation contradicts the very essence of the European Convention, the laws remain in force and are routinely applied while the Bayev judgment is disregarded by the domestic legislature and courts.

The real obstacle to the potential implementation of Fedotova, apart from purely political considerations, may become the official stigmatization of same-sex relations created by the laws banning “propaganda of non-traditional sexual relations” endorsed by the Russian Constitutional Court.

The Russian Constitutional Court has refrained so far from openly rejecting the ECtHR case law. On the contrary, many of its decisions are based on the ECtHR standards and often prompt progressive interpretation of the Russian Constitution in light of the ECHR standards as interpreted by the European Court. Even in its famous decision concerning (non-)enforceability of Anchugov and Gladkov, although the Constitutional Court formally ruled against the implementation of that judgment, it agreed on principle points with the European Court (and that is why the execution of the case was finally considered satisfactory by the Committee of Ministers of the Council of Europe).

Still, the European Court in Fedotova is mindful of the states’ wide margin of appreciation in finding appropriate legal solutions to recognize same-sex unions. As the Court explained, such recognition may take the form of civil partnership, civil union, or civil solidarity act. Perhaps the easiest solution for the Russian Government would be to introduce a gender-neutral legislation on cohabitation providing for legal recognition of civil unions open to all persons irrespective of their sexual orientation. Whether such legislation can be reconciled with the ban on “homosexual propaganda” remains to be seen.

The author represented the applicants in Fedotova at the initial stage of the proceedings before the ECtHR.

DOWNLOAD PDF
LICENSED UNDER CC BY SA
SUGGESTED CITATION  Bartenev, Dmitri: Will Russia Yield to the ECtHR?: Fedotova and Others v. Russia: Yet Another Test Case of Russia’s Resistance to the European Human Rights Standards, VerfBlog, 2021/7/16, https://verfassungsblog.de/will-russia-yield-to-the-ecthr/, DOI: 10.17176/20210716-140204-0. 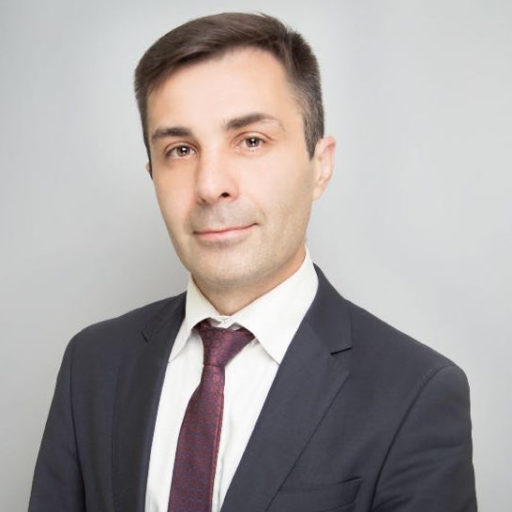 Other posts about this region:
EGMR, English Articles, Russland 1 comment Join the discussion
Go to Top