“Woman. Life. Freedom” and the Fate of Iran’s Constitutional Order

Streets of Tehran and other cities from Kurdistan to Zahedan are the scenes of unprecedented protests in the history of the Islamic Republic of Iran for its fourth consecutive week. The protests initially erupted when Mahsa (Zhina) Amini, a 22-year-old woman who was arrested by Morality Police in Tehran for what the government alleged to be improper hijab, shortly died in police custody. Her death was the latest and most tragic story of countless women whose bodies are policed and are subject to the state’s ideological homogenization on a daily basis. Since then, more than 180 people, including teenage girls and boys, have been killed by Iran’s security forces, and many more have been injured and arrested. Nonetheless, the state’s violent response has not prevented the protests from spreading across the country, with now even schoolgirls joining the protests and marching in every corner.

The geographical breadth and intensity of the demands that are now aimed at the entirety of the system have left many to speculate about the nature and fate of this round of mass protests in Iran. Are we witnessing a revolution? More specifically, a feminist revolution? Or once again, as in 2009 and 2019, the government will succeed in cracking down on the opposition, and the protests will eventually die down? Alternatively, is it likely that this time, against all odds, the government may take a step back and revise its mandatory hijab policy that is now rejected by the majority of Iranians?1)

The Prospect of Constitutional Failure Is in Sight

No one can predict with certainty what direction this movement will take from here. Only time can tell if the current protests are the culmination of previous uprisings that will bring down the government or itself another turning point in a coming revolution’s timeline. Either way, one thing is clear: more than ever, the Islamic Republic is in a profound legitimacy crisis. And it knows it. The exclusionary posture of the government over the past few decades, starting with the elimination of the leftists right after the revolution to now the “children of the revolution,” has just been accelerated, posing serious questions about the resiliency of Iran’s constitutional order.

After a long period of “constitutional rot”, the prospect of a full-on “constitutional failure” is now in sight. Balkin defines constitutional rot as “the process through which a constitutional system becomes less democratic and less republican over time.”2) that is, less responsive to public opinion and public will with less devotion to the public good by the state officials. Instead, advancing the financial and political interests of a small group becomes the state’s main objective.3) This story hits too close to home these days in Iran. With a crippled economy resulting from severe sanctions and domestic mismanagement, news of large-scale embezzlements and other financially corrupt practices has become routine, leaving Iranians to wonder how come a few are getting richer while their pockets get emptier by the day.

The problem of political representation runs even deeper. Iran’s constitutional system has never been a fully democratic constitution nor a constitution with a particularly strong commitment to individual rights and freedoms. Yet, its further decline is visible to anyone following Iran’s politics. With regular elections for president and a “supreme leader for life” (in practice, if not in the text), Iran’s political sphere has been the scene of struggle between those pushing for more “republicanism” and those seeking to make it more “Islamic” according to their strict reading of Islam. Constitutional regression and democratic backsliding have been the hot topic of constitutional law globally, discussed mainly in the context of established or young democracies.4) Constitutional law scholars have observed sometimes rapid and sometimes incremental erosion in elements of constitutional democracy, including competitive elections, rights of political speech and association, and administrative and adjudicative rule of law.5) Nonetheless, the emergence of similar trends within authoritarian countries has not received its fair share in the scholarship, and Iran has not been an exception.

On the one hand, severe restrictions on political participation and majority rule in general, which is the bedrock of a constitutional democracy even in its limited “religious democracy”6) format, have become an increasingly present reality. Over politicization of the Guardian Council, the organ of constitutional review, by both interpreting its constitutional mandate broadly and exercising its authority more aggressively, has been one of the major sources of tension nationally. Under the Constitution, the Guardian Council is tasked with supervising the elections.7) An authority that, soon after the 1979 Revolution, was interpreted by the Council to become a de-facto veto power over candidates.8) The Guardian Council, which has always used this vetting process to exclude the opposition from running for the elections, has now transformed this power into a naked partisan tool to the extent that even post-revolution presidents and the grandson of the Founder of Revolution cannot escape it. In the 2020 parliamentary election, the Guardian Council disqualified nighty incumbent members of the parliament. And in the last presidential election in 2021, conservative candidates, such as the former speaker of the parliament, could not pass the Guardian Council’s hurdle. The result has been the lowest turnout since the inception of the Islamic Republic in the last two elections, which, for the first time, fell under 50%.

The creation and expansion of unelected councils that have assumed law-making power for themselves has been another tool to debilitate the elective institutions. Expediency Council, National Security Council, Supreme Council of Cultural Revolution, and more recently, the Supreme Council of Cyberspace9) have left little room for the parliament, as supposedly the most representative body, to remain relevant within the constitutional structure. These bodies have been responsible for both the creation of the Morality Police in the first place (Supreme Council of Cultural Revolution) and for cutting off the internet on different occasions, including the current round of protests (National Security Council and Supreme Council of Cyberspace). In short, the definition of “we the people” seems to be getting smaller and smaller.

In addition to increasing restrictions on political representation, there is also no mechanism built into the constitution to materialize rights that are already entrenched in the constitution, as flawed and limited as they may be. For example, the right to liberty, dignity, equality, the right to protest, and the right to access counsel, even if limited, are entrenched in the constitution.10) Yet, there is no mechanism for their enforcement. And instead of creating one, toothless iterations of the bill of rights are periodically promulgated under a new name and new administration, such as the Charter for Citizens’ Rights (President Khatami) and Bill of Rights (President Rouhani).

The Lack of Judicial Recourse

The problem of lack of legal, particularly judicial recourse, is multifold. In the absence of a constitutional court, the only available form of judicial review of legislation is an ex-ante review by the Guardian Council, which extends to every single piece of legislation prior to its promulgation. The Guardian Council reviews laws to verify their compatibility with both the constitution and Islamic law. In fact, under the constitution, legislation will only have the force of law after its approval by the Guardian Council.11) In practice, the Guardian Council has not shown any interest in becoming a right-protective institution. In fact, on many occasions, it has blocked limited attempts initiated in the parliament to reform discriminatory laws. Once passed through the Council, no other recourse is available for citizens to challenge laws, including, for example, those on mandatory hijab. Thus, any space for legal mobilization and strategic litigation as potentially a powerful tool to induce legal and social change is significantly limited. The futile attempts by lawyers in the past few years to change this landscape illustrate this problem perfectly. For example, in 2019, after Telegram, the most used communication app in Iran at the time, was filtered, a group of lawyers, in the absence of other judicial avenues, went after the prosecutor in charge of issuing the order and filed a criminal complaint against him. Predictably, the complaint was soon dismissed. More recently, another group of lawyers initiated a lawsuit against state officials for their mishandling of Covid-19 response, in particular their delay in the import of vaccines, which only landed the lawyers themselves in prison.

Second, the creation of the above-mentioned unelected councils (National Security, Supreme Council of Cultural Revolution, etc.) has not only undermined the law-making power of the parliament but has also meant that other forms of judicial review, i.e., the review of by-laws and other executive enactments by the Court of Administrative Justice would also be unavailable. Regardless of the scholarly debates about the extent of their powers, these Councils view their enactments as being shielded from any judicial review. While the Law on the Establishment of the Court of Administrative Justice has explicitly excluded the decisions of the National Security Council from the purview of the Court’s jurisdiction, the similar structure of these councils, most importantly owing their authority to the Supreme Leader, has led them to claim similar powers for themselves. For example, the Supreme Council for Cultural Revolution, whose enactments set up the authority for the Morality Police, is of the view that it has a law-making power, that the Court of Administrative Justice cannot rule on the legality of its decisions (unlike the decisions of other government entities), and that no other institution even the parliament can overrule its enactments.

Finally, and in light of massive arrests and serious national security charges levied against citizens, including, for example, Iranian singer Shervin Hajipour, whose song became an anthem of the protests, the lack of judicial recourse for the violation of constitutional rights has left protesters extremely vulnerable. Initiatives such as “individual application” taken by Turkey, even if limited in practice, might provide some opening for the enforcement of constitutional rights. “Individual application,” which was operationalized in 2012, for the first time, gave people direct access to the Turkish Constitutional Court (TCC) [or, as is said, “socialized”12) the Court] to file for the violation of their constitutional rights. This mechanism came in quite handy in the aftermath of the 2016 attempted coup, which resulted in massive arrests by the government. And some of the detention orders were successfully reversed by the TCC.13)

Constitutions are primarily written to create institutions that restrict the otherwise unlimited power of the governments and protect individual rights.14)) As Balkin puts it, “the central point of a constitution is to channel people’s disagreements and struggles for power into a system of law and political procedures so … [that] they do not break into violence, civil war, or insurrection.”15) And a constitution is said to have failed when “it is unable to perform this central task.”16) The two areas identified here severely block this channel from both ends and put enormous pressure on Iran’s constitutional order. It is not then surprising to see a more frequent eruption of protests in the streets of Iran every time with shorter intervals. From student protests in 1999, Green Movement in 2009, and smaller-scale economically driven yet violently repressed protests in 2017, 2019, and 2021 to now a large-scale protest which is centered around women, but its demands go far beyond, one thing is clear that with the expansion of this legitimacy crisis, the government can only continue its rule with an iron fist. 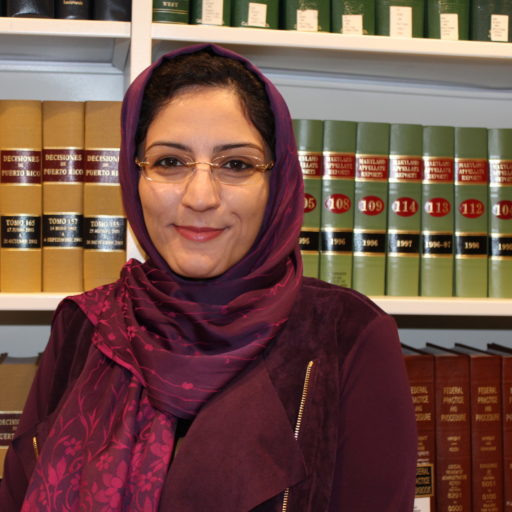 Other posts about this region:
Iran No Comments Join the discussion
Go to Top