Women, Rape Law and the Illusory Sex Equality Clause in the Bangladeshi Constitution

Earlier in October, a video of a group of men attacking, stripping, and sexually assaulting a woman went viral. In response to that and the growing number of sexual violence in general, protests erupted in Bangladesh demanding that the government make some tangible efforts to bring meaningful overdue reforms to the rape laws. Incidents of rape and sexual assaults, including the one that went viral are a window into understanding the state of  sex-based inequality in a given society1). Sex-based inequality is a multidimensional concept, and in any given society a clear historical as well as sociological perspective is essential to understand its inner complexities and dynamics. The laws, however, must be taken into account as well, particularly if they reflect an essential male perspective and are written in gender-insensitive terms. I will explain below that in case of Bangladesh,  sex-based inequality gets revealed when an illusory  sex-equality clause of Bangladesh Constitution intersects with the country’s crippled commitment to the Women Convention, and sex-based inequality gets manifested through the retention of colonial-era substantive and procedural legal framework.

A feminist vindication of the Bangladesh Constitution: not of a woman’s own

The Constitution of Bangladesh is the constitution of a post-conflict State (I have argued in a book chapter lately how the politics of an independent Bangladesh rendered women virtually as a diffused minority and a national ‘other’ and how the illusory constitutional sex-equality clause, among others, underpinned those politics). The original text of the Constitution provided that there shall be equality between men and women in all spheres of ‘state and public life’. The facts that the  sex-equality provision of the Constitution of an independent Bangladesh was unable to create an enabling environment for women by expressing commitment to ensure equality between men and women in all spheres of life in general (as opposed to in state and public life) and that the Constituent Assembly debate on the drafting of the sex-equality provisions was merely cosmetic, reveal that for post-independence Bangladesh, ‘the women question’ never formed part of the bigger political agenda. Additionally, it reveals that either the women who happen to be oppressed in private spheres did not really speak through the Constitution or that the drafters of the Consitution did not pay heed to their voices.

A coincidence worth mentioning is that the 1973 Constitution of Pakistan (from which Bangladesh seceded after nine months of liberation war) provided that there shall be equality between men and women in all spheres of national life (not all spheres of life in general but national life in specific-a provision which like Bangladeshi sex-equality provision, engenders confusions and somehow hides beneath it the plight of women in the private realm). This, in a way, indicates that the consciousness towards  sex-equality for both the countries was somehow tainted with the same colour and while Bangladesh could not but secede from Pakistan and curate for itself a separate political identity, with regard to  sex-equality, they shared a similar psyche. Bangladesh has ratified the Convention on the Elimination of All forms of Discrimination against Women (CEDAW) 1979 and adopted UN security council resolution 1325 and its descents (1820, 2122), and yet the constitutional text remains the same.

The constitutional pledge to secure individual liberty may, to some, seem to underpin the dichotomy of private and public such as the inviolability of the ‘home’. However, such a constitutionally envisaged dichotomy in question of sex-equality only masks the inequalities and intimate violence against women that permeate private spheres. Similarly, the adoption and retention of the  sex-equality provision reveals the denial/unconsciousness/indifference of the state towards the historical power imbalances existing in the society as well. For instance, in the subcontinent in general, subaltern women were historically  subjected to intimate or private-sphere violence in myriad forms: ranging from the practice of sati or self-immolation  (a custom of pre-modern India in which a widow had to get burned to death in the funeral pyre of her deceased husband) to child marriages leading to deaths. Historically, it was the private actors who invariably perpetuated violence against women. The colonizers did seek to reform the practices but as part of their civilizing mission and not in a bid to further sex-equality (the subaltern did not really speak through the reforms, the civilized white men did). The plight of women as such was supposed to be reckoned through an unconditional and unequivocal commitment of Bangladesh as a post-colonial state, to sex-equality everywhere, across spheres.

An underestimated and underdiscussed problem associated with such equality provision is that regardless of the perceived ever-expanding scope for horizontal application (with/without ‘state action’) of human rights under the constitutional design of Bangladesh, for women in general, the Constitution itself shuts the doors, and the pledge for ensuring ‘equality in all spheres of state and public life’ at least textually makes it clear that ‘state action’ will be a must for a woman petitioning on the claim of inequal treatment. Some academic arguments claim that there could be creative interpretation of ‘public’ so as to include the ‘private’, but there has been no judicial decisions post-independence that support/substantiate the same (there has at least been one decision by the highest judicial body of the country that upheld the private-public dichotomy in conceptualizing and upholding discriminatory personal laws in its obiter).

Furthermore, the creeping basic structure doctrine that permeated the Constitutional jurisprudence of Bangladesh inspired by the neighbouring jurisdictions, has now overshot. Unlike the jurisdictions from where the concept was borrowed, the Bangladeshi Constitution now provides in its text that there are certain provisions and parts of the Constitution which shall not be amendable by way of insertion, modification, substitution, repeal or by any other means. As it appears, now even the private-public dichotomy remains cemented and static and sex-equality in state and public life forms parts of the basic structure of the Constitution and cannot be changed. Certainly, the amendment that gave to the basic structure doctrine a tangible and constitutional shape, did not anticipate how far it could travel. This unmindful amendment expresses how a ‘female perspective’ remains absent in the constitutional discourse and how the Constitution continues to evolve not as women’s own.

Bangladesh has ratified the Women Convention in the year 1984 with certain sharia-based reservations (see here). The reservations reinforced the public-private dichotomy envisaged in the Constitution. A combined reading of the reservations and the Constitution reveals that it is nothing but the manifestation of respect of a pseudo-secular state towards the ‘religious’ personal laws. However, a deeper analysis shows that the combination cannot be taken at face value. The prevailing political climate underpinned the reservations, and women’s lives as the symbol of multiculturalism and pluralism were further pushed to the margins as a byproduct of the then political agendas. Even more alarming and less discussed is the fact that Bangladesh does not allow individual complaints to be made regarding CEDAW violations and has not agreed to the Inquiry procedure under the Optional protocol to the Convention on the Elimination of All Forms of Discrimination against Women (see, here).

Some observations on the criminal laws

According to the CEDAW Committee, “States parties should ensure that laws against family violence and abuse, rape, sexual assault and other  sexual violence give adequate protection to all women,  and respect their integrity and dignity”  (See, General comment 19). Most recently, in their views on the case of Karen Tayag Vertido v the Philippines, the Committee recommended that the responding state should lay down a statutory definition of sexual assault that either requires the existence of “unequivocal and voluntary agreement” and requiring proof by the accused of steps taken to ascertain whether the complainant/survivor was consenting, or requires that the act take place in “coercive circumstances” and includes a broad range of coercive circumstances. As a result of the crippled, flimsy commitment that Bangladesh has towards the Women Convention, the laws in place in Bangladesh do not reflect CEDAW jurisprudence. The criminal laws (both substantive and procedural) in Bangladesh that deal with rape, are colonial holdovers and are not in compliance with the Committee’s understanding of rape or sexual violence in general. Unlike the colonial legislature of 1860, which may not be expected to comply with a norm that didn’t even exist, the retention of the laws attests to the fact that the state, in the year 2020, is not compliant deliberately. The substantive criminal law provisions reflect Blackstone’s common law definition, and a majority of the judicial decisions appear as attempts of trying the victim instead of the defendant in a rape case, stressing marks of violence and traces of resistance, unmindful of the fact that such rigid insistence does not properly ensure the effective protection of an individual’s sexual autonomy and leaves an array of rapes unpunished.

The judicial decisions make it clear that the courts are almost always of the opinion that unless resistance is made clear (i.e. through marks of violence), the victim is deemed to be consenting. This in effect violates a ‘equality approach’ to rape justice in general which now is prevalent in  the international jurisprudence relating to the intersection of human rights and rape justice. For instance, in M.C. v Bulgaria, the European Court of Human Rights opined that “the equality approach starts by examining not whether the woman said ‘no’, but whether she said ‘yes’. Women do not walk around in a state of constant consent to sexual activity unless and until they say ‘no’ or offer resistance to anyone who targets them for unwanted sexual acts. The right to physical and sexual autonomy means that they have to affirmatively consent to sexual activity.”

It will not be out of place to mention that under the existing law (aged almost 150 years), there is also a procedural provision that makes room for character assailing of alleged rape victims during trial to impeach her credit as a witness. Retention and application of this provision perpetuates judicial distrust towards women and their evidence, and thereby violates women’s right to equality before the law.

The current fresh movements in Bangladesh cannot be viewed in isolation of the history and status of the ‘women question’ in the legal psyche of Bangladesh. Calls for reforming rape laws have the potential of invigorating a fresh discussion on  the constitutional illusionary sexequality provision and Bangladesh’s ratification of the Women Convention as a  futile formal exercise.

Other posts about this region:
Bangladesch 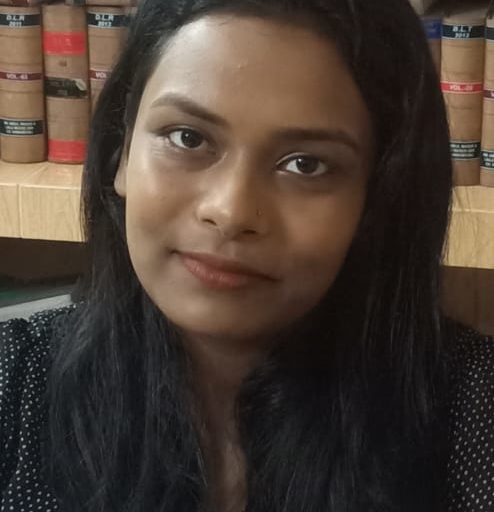 Other posts about this region:
Bangladesch 1 comment Join the discussion
pixel_not_set
Go to Top