The United States Supreme Court issued a landmark decision in Bostock v. Clayton County on 15 June 2020 with major implications for 8,1 million LGBTQ+ workers (1 million of which transgender individuals), that now enjoy protection against discrimination on grounds of sexual orientation and/or gender identity. This contribution delves into the Court’s decision and its consequences, and also discusses its past key LGBTQ+ related rulings that have brought much-needed equality for the LGBTQ+ community in the last 20 years.

In October of 2019, the Supreme Court held a hearing in which the three court cases of Altitude Express Inc. v. Zarda, Bostock v. Clayton County, and R.G. & G.R. Harris Funeral Homes v. Equal Employment Opportunity Commission were argued around the same question: does Title VII of the Civil Rights Act of 1964 also protect gay, lesbian and transgender employees against discrimination? The hearing concerned David Zarda (a skydiving instructor) and Gerald Bostock (a child welfare advocate), who were both fired from their jobs for being gay, and Aimee Stephens, who was fired from her position in a funeral home after she told her employer of her plans to transition from male to female. All three employment contracts were thus terminated either based on sexual orientation and/or gender identity and the question was whether federal legislation allowed for this. In its groundbreaking ruling in Bostock, it took the Supreme Court only a few sentences to provide a sharp response: ‘The answer is clear. An employer who fires an individual for being homosexual or transgender fires that person for traits or actions it would not have questioned in members of a different sex. Sex plays a necessary and undisguisable role in the decision, exactly what Title VII forbids.’

This decision is unexpected for several reasons. Title VII of the Civil Rights Act prohibits discrimination in employment on the basis of race, color, religion, national origin, and sex. The decision in Bostock came down to the question whether the right to not be discriminated against on grounds of sex includes sexual orientation and/or gender identity. Opponents of LGBTQ+ rights have maintained that Congress did not take into account the protection of LGBTQ+ workers when adopting the sex ground in Title VII of the Civil Rights Act in 1964; in fact, same-sex conduct was forbidden by law in many states.

The Court’s ruling indeed (unexpectedly) confirms that what is considered to be sex discrimination, should be interpreted broadly. The Court explains that Title VII is violated when an employer intentionally fires an individual employee based in part on sex or when changing the employee’s sex would have yielded a different choice by the employer. To elucidate this, the Court provides an example of an employer with two employees, both of whom are attracted to men. The two individuals are, to the employer’s mind, materially identical in all respects, except that one is a man and the other a woman. If the employer fires the male employee for no reason other than the fact he is attracted to men, the employer discriminates against him for traits or actions it tolerates in his female colleague. Another example is an employer who fires a transgender person who was identified as a male at birth but who now identifies as a female. If the employer retains an otherwise identical employee who was identified as female at birth, the employer intentionally penalizes a person identified as male at birth for traits or actions that it tolerates in an employee identified as female at birth. In both cases, the person’s sex plays an unmistakable and impermissible role in the decision to discharge them. Basically, employers don’t get to decide who workers are attracted to or how they should identify themselves.

Moreover, the case is an unexpected victory for the LGBTQ+ community as it was delivered after a 6-3 majority vote by (what most consider) a conservative Supreme Court since the 2018 retirement of Justice Anthony Kennedy who was considered the key swing vote in previous noteworthy pro LGBTQ-rulings of the Court. Bostock is a double blow for the Trump administration: it not only goes directly against the brief filed by the government in two of the three cases, but Justice Neil Gorsuch, a Trump appointee, joined the more ‘progressive’ majority and wrote the opinion himself. Chief Justice John Roberts, a Bush Jr. appointee, also joined the majority, while Justices Kavanaugh and Alito filed a dissenting opinion, in which Justice Thomas joined.

The evolution of the Supreme Court in its LGBTQ+ case law

The Court’s ruling in Bostock is one in a string of LGBTQ+ related cases delivered by the Court; each ruling providing an extra building block to stand on in the continuous struggle of the LGBTQ+ community for LGBTQ+ equality justice. Coincidentally (or is it?), all of these Supreme Court decisions were delivered during ‘Pride Month’; a month that already celebrates the freedom to be oneself, but also commemorates the June 1969 Stonewall riots; commonly considered as the catalyst of the organized LGBTQ+ movement we globally see today.

The first historic LGBTQ+ related ruling of the Supreme Court was in 2003, when it was requested to look into a Texan law criminalizing homosexual activity. The case concerned John Geddes Lawrence who was arrested after he was caught having sex with a male acquaintance at his own home which was raided by the local police after a jealous lover filed a fake police report. The Court was asked to assess whether intimate consensual homosexual conduct was part of the liberty protected by substantive due process under the Due Process Clause of the Fourteenth Amendment to the U.S. Constitution. In its 26 June 2003 decision in Lawrence v. Texas, it struck down the Texan sodomy law criminalizing consensual adult homosexual intimacy, ruling it unconstitutional. A tremendous triumph for LGBTQ+ equality, laying the groundwork for more positive rulings to follow.

Ten years later in 2013, more landmark decisions on LGBTQ+ rights were delivered in June. In United States v. Windsor, which was on inheritance law, the Defense of Marriage Act (DOMA) was challenged. New Yorkers Edith Windsor and her partner Thea Spyer had travelled to Canada in 2007 to marry each other and upon return, their marriage recognized by New York. When Spyer later passed away, she left her entire estate to Windsor. Windsor sought to claim a federal estate tax exemption for surviving spouses, but was barred by DOMA which amended the Dictionary Act. This legislation provided specific details for over 1,000 federal laws and regulations and defined ‘marriage’ and ‘spouse’ as excluding same-sex partners. Windsor filed a suit challenging DOMA. With a majority of the votes on 26 June 2013, the Supreme Court ruled DOMA unconstitutional and overturned it with immediate effect.

On the same day, the Supreme Court issued another significant LGBTQ+ decision, namely in Hollingsworth v. Perry. In May of 2008, the California Supreme Court had held that limiting marriage to opposite-sex couples violated the California Constitution. This resulted in thousands of overjoyed Californian same-sex couples marrying in the next months. Opponents of same-sex marriage were not amused and passed a ballot initiative known as Proposition 8, amending the State Constitution to define marriage in California as a union between a man and a woman. Same-sex couples wanting to marry filed a suit in federal court challenging Proposition 8, which the District Court declared unconstitutional. The petitioners, the official proponents of the Proposition 8 initiative, appealed this decision and brought it before the Supreme Court. With a 5-4 majority in Hollingsworth v. Perry, the Supreme Court overturned Proposition 8 by deciding that the petitioners did not have standing to appeal the District Court’s order. This resulted in Californian same-sex couples being able to marry again.

The last LGBTQ+ related June-ruling of the Court before Bostock was on June 26th 2017 in Pavan v. Smith, where it was asked to rule on whether Arkansas could stop same-sex partners from being listed on the birth certificates of the babies of their same-sex spouses. Arkansas had legislation which allowed the male spouses of women who had used anonymous sperm donation to be registered as the father of the child. According to the Supreme Court, this provided a form of legal recognition which was not offered to unmarried couples. Hence, after Obergefell, same-sex couples could not be denied similar legal recognition as the Constitution entitles same-sex couples to civil marriage ‘on the same terms and conditions as opposite-sex couples.’

The consequences of the Court’s most recent LGBTQ+ ruling in Bostock are profound; it confirms that around 8 million LGBTQ+ workers deserve the same level of respect, dignity and equality as their co-workers, regardless of their sexual orientation and/or gender identity. Half of these workers are living in states without LGBTQ+ protection clauses in state legislation. The ruling is delivered in what seems a critical time in the history of LGBTQ+ equality; it was only last year that Congress introduced the Equality Act, a bipartisan piece of federal legislation that would expressly prohibit discrimination based on sexual orientation or gender identity in employment, education, public accommodations, housing, credit, and other settings. If enacted, this legislation would protect millions of LGBTQ+ individuals across the US, living largely in states without laws protecting against sexual orientation and gender identity discrimination. Bostock might have a positive influence in the discussion of the Equality Act in the Senate. For now, we can establish that the ruling fits in nicely with the Court’s previous ‘rainbow’ rulings in June; it affords the LGBTQ+ community imperative rights protection (in this case, in the workplace) and provides an extra reason to be happy and gay this month. 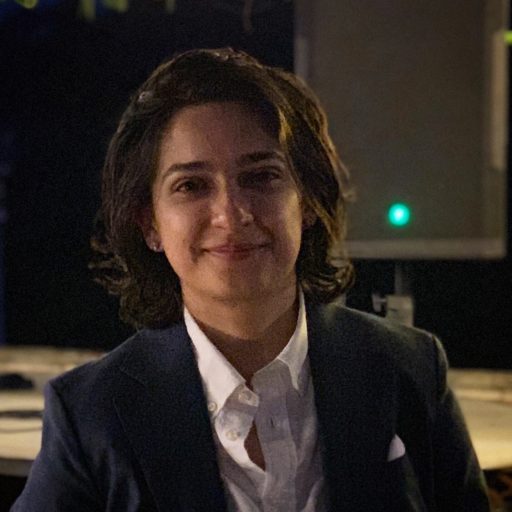