Whilst a no-deal Brexit seemed unrealistic in the immediate aftermath of the UK’s referendum, it seems that now the UK is bracing itself for a Brexit without a withdrawal or transition agreement. In such a no-deal case, the UK will neither have access to the single market nor will it be able to make further use of Free Trade Agreements (FTAs) the EU has concluded with third countries. However, since both the UK and the EU are WTO members, WTO Law will govern the UK’s trade relations with both the EU and third countries. In such a case, the General Agreement on Tariffs and Trade (GATT) will govern trade in goods, whilst the General Agreement on Trade in Services (GATS) will govern trade in services. The British Government confidently claims that WTO Law ‘will form the bedrock’ of future trade relations. It should not, however, underestimate both the challenges it will face in the transition to trading under WTO Law as well as WTO Law’s unsuitability to compensate for EU membership.

Under WTO Law, the UK has to submit schedules of concessions like tariffs and quotas on goods (Article II GATT) and market access commitments for foreign service providers (Article XVI GATS). As a Member State of the EU, it did not have to deal with these issues as the EU has combined schedules of concessions. In order to trade under WTO Law, therefore, the UK will have to establish its own schedules, which have to be accepted by all WTO members. This obligation implies some uncertainty for the UK, because it is not entirely clear what effect objections raised by WTO members would have. Whilst some believe that such objections would not be problematic at all, others are concerned that, given the diplomatic field, WTO rulings are uncertain. In order to reduce the risk of non-approval, the UK could simply replicate the EU’s schedules. Alternatively, it could risk a dance on the knife’s edge by proclaiming unilateral free trade. Whilst this could boost trade, economists warn that it could also destroy manufacturing in the UK and result in an income decrease of 1%-2.3%. Still, both options are suitable to prevent the UK from finding itself trapped in the transition from EU membership to trading on WTO terms.

Once schedules of concessions are agreed upon, trading on WTO terms has its very own difficulties. For example, it is impossible that the UK continues trading with the EU-27 on privileged terms, as the Most Favoured Nation (MFN) Principle (Article I GATT; Article II GATS) obliges WTO members to grant the same concessions equally to all trading partners. The exemptions from the MFN Principle in Article XXIV GATT regarding Customs Unions and Free Trade Agreements will not apply in case of a no-deal Brexit. Therefore the same tariff will apply, no matter if a product is imported from New Zealand or Belgium.
Another concern is that the EU may impose non-tariff barriers such as ‘antidumping, countervailing or safeguard measures’. Although, under WTO Law, the EU could not adopt such measures against the UK as punishment for Brexit, the possibility of restrictions remains realistic. Between 1995 and 2013, 8.1% of products imported into the EU were subject to trade remedies.

Trade in Goods under WTO Law

Falling back on WTO Law would result in serious economic damage for key industries in the UK. Especially industries dependent on a highly integrated EU supply chain would be affected. The automotive industry in the UK for example, which has been booming in recent years, could receive sensitive blows. European automobile manufactures producing in the UK often use a division of labour between their different plants. Therefore, tariffs could arise multiple times during the production process. This would damage the UK’s attractiveness as an industrial location and lead to a severe decrease in investment and jobs. Although the UK government, in order to counteract such consequences, could grant costly subsidies for these industries, it will only be able to do so in the short term. Furthermore, WTO Law prohibits subsidies in certain cases and it is questionable if WTO members are willing to grant the UK the same derogations they have given to the EU (e.g. agriculture).

Trade in Services under WTO Law

With regard to trade in services, the UK faces even greater challenges as the GATS has less far-reaching substance than the GATT. Two sectors especially affected are the financial and aviation services sectors.
There is no country that exports more financial services than the UK. Its financial services industry earns approximately GBP 190-200 bn in revenues annually, of which GBP 40-50 bn are generated in cross-border business with the EU. Through its extensive global business, in 2013 over 6% of the UK’s GDP was generated by this sector. Under the GATS, the UK’s financial services sector would lose of a number of benefits it enjoys under EU Law, especially passporting rights resulting from the financial services single market (Articles 56-62 TFEU). Passports allow UK firms to set up branches and do business in EEA Member States without the duty to obtain separate authorizations from each Member State. In contrast, WTO terms lead to significant limitations and regulatory requirements, which can be expanded at all times on the basis of ‘prudential reasons’ (Paragraph 2 (a) of the GATS Annex on Financial Services).

In the event of a no-deal Brexit, UK financial institutions could establish subsidiaries and apply for national licensing in the EU-27. The host country’s authorities would then supervise their EU-27 branches in matters of reorganization and winding-up. National licensing regimes are, however, more limited, complex and costly because of the differences between them. Alternatively, the UK could ask the Commission for equivalence treatment. However, the equivalence regime is very limited in its scope and can be withdrawn at any time.

Another important industry for the British economy is the aviation service sector, which is the third largest in the world. Several sets of EU regulatory measures have gradually created a competitive single market for air transport over the last decades. As a EU Member State, UK air carriers were given operating licenses under Articles 3(1) and 4 of Regulation (EC) 1008/2008. When the UK becomes a third country, however, British air carriers will no longer fulfill the requirements set out in the Regulation. For example, according to Article 4(a) of the Regulation, an undertaking must have its principal place of business located in a Member State. Consequently, licenses given to UK air carriers will become invalid and they will lose access to intra-EU air traffic rights. Also, all bilateral air service agreements between individual EU Member States were abolished during the extension of the EU Single Market towards air services, so that the UK could not fall back on these. The GATS does not contain regulations regarding air services, either. Consequently, both UK and EU 27/EEA air carriers will be unable to fly between the UK and EU-27 countries. Additionally, the UK will not be part of the EU’s open skies agreements, as concluded with the US. A no-deal Brexit would therefore not only affect the aviation service sector within the Single Market but also outside of it. UK air carriers will have no legal basis to fly to and from the concerned third countries. Also, EU-27 air carriers will not be able to fly between the UK and those countries.

If the UK fails to negotiate bilateral or multilateral open skies agreements before 29 March 2019 (the conclusion of such agreements would be a violation of EU Law as long as the UK is a Member State of the EU), the only possibility to prevent flights from and to the UK from being grounded, is to unilaterally recognize EU-27 licenses and grant equal access to EU air carriers. It remains questionable though if the EU-27 would return the favour, enabling UK air carriers to operate.

The WTO solution is a tricky path the UK should not (want to) go, but will be forced to go if Brexit negotiations do not speed up. Whilst the most urgent issues of regressing to WTO Law can be solved through either replicating the EU schedules of concessions or unilaterally abolishing all tariffs, the UK will not be able to find easy solutions regarding its services sector. In order to compensate economic damage, the UK could intensify tax competition with the help of the crown dependencies (Guernsey, Jersey, Isle of Man) and its good relationships to tax haven countries like the Cayman Islands or the British Virgin Islands. Also, it will not be saved from granting generous subsidies where possible under WTO Law.
Regarding trade with non-EU countries, the UK will seek to conclude FTAs to compensate the loss of 36 agreements it enjoyed as a EU Member State. Yet, the UK market is small in comparison to the EU market. Therefore, it is unlikely that the UK will strike conditions as beneficial as those negotiated by the EU. 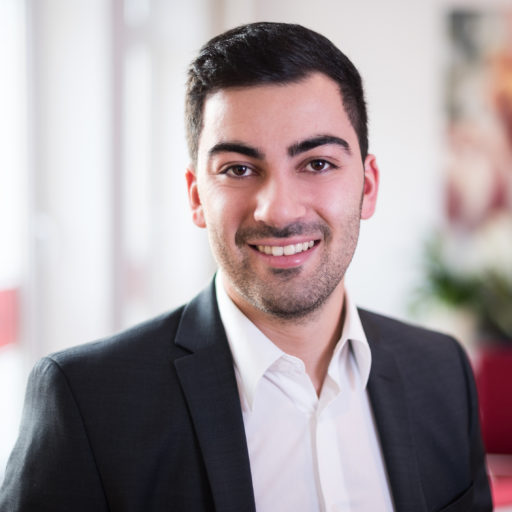