You Can’t Forbid Judges to Think

The Polish judiciary is split apart. One part adheres to the ruling of the Court of Justice of the EU (CJEU) of 19th November 2019 (combined cases C-585/18, C-624/18 and C-625/18), another does not. The CJEU had ruled about the structural politically dependent composition of the new National Council of the Judiciary (NCJ) and subsequently the newly established Disciplinary Chamber (DC) of Poland’s Supreme Court (SC) and provided a test according to which a court should verify whether the legal and factual context of the recent changes in the judiciary in Poland had impacted the right to an independent and unbiased court pursuant to art. 47 of the Charter of Fundamental Rights of the EU. From that moment on, the practice of common courts in Poland began to vary. Some of them decided to ex officio verify whether the court which includes a judge nominated by the new NCJ was properly composed and thus independent and impartial. Others, however, did not undertake any measures regarding that issue, claiming that they are not entitled to question presidential prerogative to appoint judges. Also, a discrepancy of views occurred among Supreme Court Chambers: the newly established Chambers decided that basically no court may question the legitimacy of any judge, while others claimed that, according to the to CJEU, the situation required extraordinary measures in that respect.

Clarification by the Supreme Court

Having all that uncertainty in mind, the First President of the Supreme Court decided to seek clarification from the combined Chambers of the Supreme Court (Criminal, Civil and Labor law). The question was whether the participation of a person appointed as a judge at the recommendation of the new NCJ in the bench of a common court, military court or Supreme Court violates art. 45 sec. 1 of the Constitution, art. 6 sec. 1 ECHR or art. 47 CFR and art. 19 § 1 TEU, as a result of which, depending on the type of case in question:

b) in civil proceedings the composition of the court with the participation of such a person is contrary to the law (art. 379 (4) of the Code of Civil Procedure).

On the 23rd January 2020, three combined Chambers of the SC (excluding the new Disciplinary and Extraordinary and Public Affairs Chambers) issued a binding resolution that indeed such a bench composition in case of newly appointed SC justices is contrary to the law and their rulings may be challenged. In the case of common courts with judges recommended by the new NCJ that does not automatically mean that a court in question is not independent. It must be verified if the defect of the appointment procedure leads, in specific circumstances, to a breach of the standard of independence and impartiality. In order to protect the stability of the legal system that interpretation of the relevant provisions of both civil and criminal procedures does not have a retroactive effect (with the exception of the Disciplinary Chamber).

The session of the combined Chambers of the SC was not held in a “peaceful” legal atmosphere, though. Just a few days before the scheduled session, the Disciplinary Chamber referred a constitutional question to the Constitutional Tribunal regarding the ability of courts to verify the impartiality of a judge on the basis of him being recommended by the new NCJ. The DC also requested an injunction prohibiting the SC from hearing the case at all. Almost simultaneously, the Speaker of the Parliament referred a motion to the Constitutional Tribunal (CT) to adjudicate an alleged jurisdictional dispute between Parliament, SC and the President on which body is authorized to decide about the validity of judicial appointments. Pursuant to the relevant statutes, if such a motion is accepted by the CT all involved parties are ex lege obliged to stop exerting the disputed authority. Therefore, according to the governing PiS party and the CT, the Supreme Court was obliged to refrain from hearing the case. Despite all that, the SC proceeded the case claiming that no such dispute exists due to completely different authority of the involved bodies. After the ruling was issued the NCJ, the government and the President called on the CT to verify the “constitutionality of the SC decision” (to be precise, the provisions which the SC interpreted and under which it proceeded the case in the first place). CT issued a very long and complicated injunction which generally prohibits the SC to issue any resolutions aimed at controlling the conformity of the recommendation procedure before the NCJ, its legitimacy to perform its duties, the use of presidential prerogative and the status of a judge appointed accordingly, with the constitution or with international law. Also, CT terminated the application of the SC resolution indicating that the provisions interpreted by the SC must not be interpreted as it did.

The most debated question in this legal conundrum is whether the CT has the power to issue such an injunction in the first place. The text of the injunction itself is already staggering because in most parts it refers to problems that were not debated by the SC at all. The SC resolution explicitly states that it does not question the presidential competence to appoint judges and it does not evaluate their status. It explains only which procedural safeguards may be used to enforce the CJEU ruling to achieve the conformity of the court practice with the EU law. A resolution is a specific tool provided in Polish law to enable the SC to perform its constitutional function, namely supervision over common courts’ rulings. However, any resolution in that field binds only the SC itself. It does not have a precedent-like impact on lower courts; they, however, tend to stick with it having in mind the pragmatism and argumentative authority of the SC.

It is hard to see how this resolution may be suspended or terminated. It does not rule over an individual case. An interpretative ruling is just an almost scholarly lecture on how to understand certain provisions considering all possible arguments. In this perspective, no court nor tribunal may suspend thinking and reasoning in a certain way. Another critical issue here is the sole power of issuing such an injunction by the CT. It is rather commonly accepted that nobody may decide that a court, most of all the SC, must not undertake its constitutional functions. Unification of divided case law is always to the benefit of a citizen’s right to a fair trial.

What possibilities emerge in the chaos? Well, it seems that the courts have these three options:

As one may observe, the legal chaos and catastrophe caused by the recent judicial reforms deprives citizens of the most important right – to be certain what their legal situation in court is. Abuse of the legal (or pseudo-legal) tools with the political Constitutional Tribunal as the main actor discredits the governmental part and simultaneously pushes the Polish legal order into an abyss. 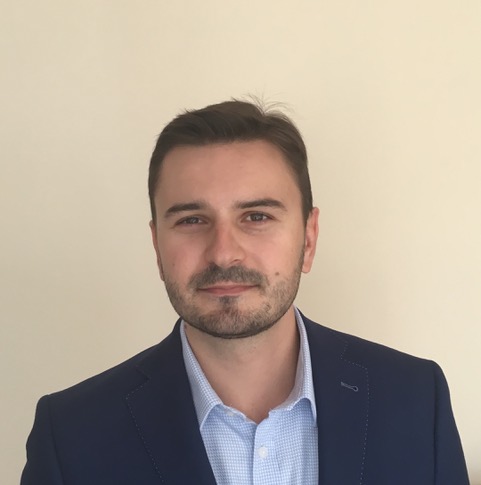 Witold Zontek Witold Zontek is an assistant professor in the Department of Criminal Law at the Jagiellonian University in Krakow.