Rainer Bauböck’s typically thoughtful and illuminating commentary is sub-titled: “Should Urban Citizenship be Emancipated from Nationality?” A central motivation for the question (and the answers provided) is his recommendation that urban citizenship be established on the basis of residence, which, in turn, would provide a basis for the enfranchisement of voters who are not recognised as citizens by the national government. Bauböck also suggests that “an attractive vision of urban citizenship” must be central to a new narrative on citizenship because “it is in the big cities that mobile populations find their homes while their voices and votes remain all too often unheard and undercounted in national arenas.” But rectifying this problem is not the main focus of his account.

What goes underexplored in Bauböck’s commentary is the relationship of citizenship to sovereignty. My claim is this: urban citizenship is a useful concept only to the extent that urban areas possess legal authority—some form of sovereignty—to rule by and for themselves.

Citizenship is not a free-standing concept; it is not a good to possess simply in and of itself.  We can call ourselves “citizens of the world” (or “citizens of Mars,” for that matter) if we like, but such a moniker is only an honorific one; it has no pay-off in the real world.  Citizenship takes on meaning when it connotes membership in a self-governing political entity.

This does not mean that only citizens may be governors. Polities may grant governing (voting and office-holding) rights to non-citizens.1) In doing so, they might even call such enfranchised voters “local citizens,” in contradistinction to national rules that call them “aliens.” And as a result, the newly enfranchised persons may feel a greater stake in the localities in which they reside, and local decision-making and social cohesion may benefit.  To some degree, expanding voting rights may alter our theories of citizenship—as did the enfranchisement of women—but not by changing the idea that citizenship is tied to self-governance, rather by changing our idea of who the governors should be.

What I am suggesting is that expansion of voting rights to non-national citizens is a rather thin account of what a robust urban citizenship could look like.  A stronger case would be made if we pressed arguments about the importance of local sovereignty—that is, if we had some set of reasons about why local self-governance is itself a good that should be more widely respected (and thus shared with others residing in the locality).

I would posit four functions of robust local self-government. First—and most obviously—cities should govern their own affairs. Schools, zoning laws, waste disposal, transportation, fire protection are but a few of the thousands of policy areas that cities, as self-governing entities, regulate. As noted by Peggy Kohn, local governance may be subject to rules made at higher levels (state and national), but a number of cities operate under “home rule” provisions that grant them a fair degree of autonomy.

Second, as U.S. Supreme Court Justice Brandeis famously wrote nearly a century ago, local governments can serve as “laboratories of democracy” (he was talking about U.S. states, but the idea would include cities as well)2): non-national governments can develop and implement innovative programs that can be tested and then, if successful, adopted nation-wide. In the U.S. unemployment insurance and minimum wage legislation began as state initiatives. Today, numerous “green” policies adopted at the state level may provide examples for future federal programs.

Third, cities can provide a site of resistance to regressive national policies. In pre-Civil War America, northern states and cities refused to enforce the federal fugitive slave law that required them to assist in the return of slaves who fled north. Today, as discussed by Monica Varsanyi, cities declare themselves sanctuaries and forbid their officials to assist federal immigration authorities in apprehending and removing undocumented migrants.3)

Fourth, cities can seek recognition in international fora, attempting to influence the development of international law. The continued participation of states and cities in the Paris Accord despite the Trump Administration’s withdrawal is the obvious example here.

Local citizenship would be a status with a punch to the extent that localities take up these tasks and push for greater “home rule” powers. Interestingly, the U.S. has, to some extent, already gone down this road as a matter of national policy in granting a form of sovereignty to Indian nations and the Commonwealth of Puerto Rico.

As I have noted above, the arguments I am making for greater autonomy at the local level—and correlatively for a stronger notion of local citizenship—do not speak to the issue of voting rights for immigrants nor do they entail a concept of local citizenship “derived from residence” (Bauböck). In support of the idea of local citizenship-as-residence, Bauböck asserts that “the distinction between nationals and non-nationals is irrelevant from the perspective of local democracy” and that “[l]ocal democracy is . . . undermined if large urban populations remain disenfranchised because they do not hold national citizenship.” I would agree that pursuing congruity between those who make the rules and those to whom the rules apply is, as a theoretical matter, democracy-enhancing. But to my mind, one must first develop a conception of what a “democracy-enhanced” polity would have the authority and power to do. Otherwise one may end up with a system in which voting in local elections means no more than voting for the leadership of the mayor’s advisory council on public parks—in which case the franchise could be extended to all but would likely be exercised by few. 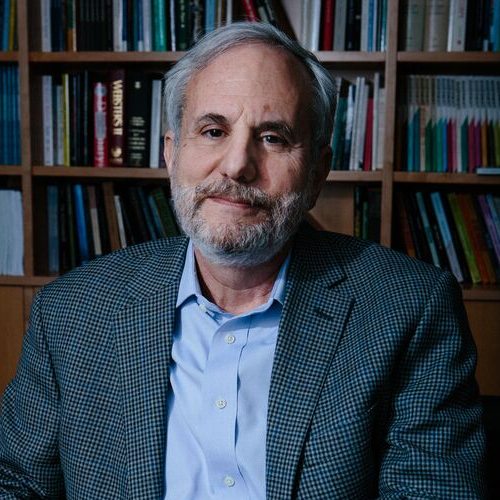