A Citizens‘ Attempt to Solve the Polish Constitutional Crisis

Responding to severe criticism, from inside and outside of Poland, concerning the disempowerment of the Polish Constitutional Tribunal (see, for example here, here and here on this blog), the governing „Law and Justice“ Party (PiS) is currently working on a new law on the Constitutional Tribunal. Expecting that PiS does not intend to use this new law to solve the severe constitutional crisis that the party has created, Polish civil society groups have drafted an alternative bill regarding the Act on the Constitutional Tribunal. The bill was launched as a popular initiative and  received the prescribed number of supporting signatures.  On June 9th 2016, a Board Member of the Committee for the Defence of Democracy (KOD), Jarosław Marciniak, presented the bill before the Sejm – the lower house of Polish Parliament. It was included – on short notice – in the parliamentary agenda along with the bill proposed by PiS, and another one proposed by the Polish People’ Party (PSL). Rarely, if ever, have we seen an Act on the Constitutional Court being proposed by popular initiative. What follows is the text of the speech presenting both the initiative and the bill itself, in order to document an extraordinary initiative of civic engagement in constitutional politics. Not surprisingly, PiS did not adopt or even consider the popular initiative’s bill, in spite of its being allegedly examined simultaneously with PiS’s bill by the Parliamentary Commission for Justice and Human Rights (Thanks to Bartosz Marciniak (EUI, Florence) for providing the text and information on the matter).

No one expected that the attempts to paralyze the Constitutional Tribunal would cause the nation to unite to defend that for which our grandparents, parents, and often ourselves fought for almost 50 years: freedom.

Honorable Speaker of the House, Honorable Members – let us show that our intentions are good.

All of Europe, the entire world is now looking at Poland. With the rising wave of nationalism, with the rising waves of hatred towards everything that is not homogeneous, we hope that you, Honorable Members, will act as role models for others once again. All that is needed is your good will to rectify the deplorable situation as a result of which both Poland, as a country, and Poles, as a nation, could greatly suffer.

Speaker of the House, Honorable Members!

I come here on behalf of the citizens represented by you. Speaker of the House, Honorable Members! Time is of the essence. As a citizen appearing before you on behalf of other citizens, I believe – and I hope you believe so too – that in the current political and international situation, Poland must resolve the ongoing constitutional crisis immediately. The right moment will come for an honest assessment of the current situation. Now, however, it is time for action.

It is your duty as the Members of the Polish Parliament to resolve the crisis. We, the citizens, are coming here today with an olive branch: with a bill which could be approved once the oath of office has been accepted from the lawfully appointed judges and once the outstanding judgements by the Tribunal have been published.

The solution of the ongoing constitutional crisis cannot be based on a political consensus only. The ending of the crisis must first and foremost be delivered through following the letter of the law and by restoring the Constitutional Tribunal to its rightful position of legal and civic authority.

The Committee for the Defence of Democracy (KOD) was established in response to the attempts to paralyze the Constitutional Tribunal. The Committee is a public forum that allows all Polish citizens to make their voice heard. I appear here on behalf of those citizens who have the common good of Poland in their hearts.

Honorable Members! We, the citizens, understand the importance, the role, and the meaning of the principles upon which a democratic state is founded. We also understand the role and the meaning of constitutional justice. It is not without reason that constitutional justice developed as a result of the tragedy of the two World Wars – in reaction to horrific atrocities committed at that time. Constitutional justice is a legal and judiciary mechanism. This mechanism guarantees that democracy will never become a cult of force, where those of different skin color, of different religion or sexual orientation are no longer treated as human beings but become mere objects of the state. The constitutional courts of Europe are there to ensure that Europeans will never again be able to – against all human nature – commit these horrific atrocities with which the history of the twentieth century abounds. Constitutional justice is one of the greatest achievements of the European political and legal culture. It is an achievement that we, Poles, are and should be proud of.

Honorable Members, do you know that one of the achievements that is admired across Europe and all over the world is the case law of a small Tribunal from Warsaw? The decisions of the Tribunal, which consists of just a few judges, are respected before European High Courts and other constitutional courts both in Europe and beyond.

I therefore ask you – Honorable Members – I ask you to protect what all our great lawyers and authorities such as: Ewa Łętowska, Andrzej Zoll, Teresa Liszcz, Marek Safjan, Wojciech Hermeliński, Mirosław Wyrzykowski, Jerzy Stępień, Lech Garlicki, Biruta Lewaszkiewicz-Petrykowska, Janina Zakrzewska, Zdzisław Czeszejko-Sochacki, as well as many other outstanding Polish judges of the Constitutional Tribunal have built over the last 30 years.

Citizens associated with KOD, citizens who share KOD’s ideas as well as citizens who are not keen to or are indifferent towards KOD – they all decided to exercise their democratic right. The discussion on the bill of the Act on the Constitutional Tribunal, held today, is a result of this decision. There is only one, noble, purpose to our proposal – a purpose which this House appears to have forgotten. This purpose is to fulfill the provisions of the Constitution of the Republic of Poland and to end the constitutional crisis. The aim of our proposal is to enforce the verdicts of the Tribunal and to guarantee their future enforcement by all institutions of the government. Moreover, the bill equips the Tribunal with an effective procedural mechanism – already enshrined in the Act on the Constitutional Tribunal of 25 June 2015. By virtue of the bill’s provisions, the Tribunal will be in position to once again fulfill its constitutional obligations – most importantly to perform the constitutional review of laws produced by the Parliament.

For these reasons the bill on the Act on the Constitutional Tribunal presented by KOD proposes inter alia:

I would like to emphasize – and I hope that you bear this in mind by voting on the bill in accordance with your conscience and will – that the bill before you fulfills all the requirements proposed by the Venice Commission in its report on the Polish constitutional crisis. If you truly claim that it is your goal to avert the constitutional crisis, if you wish for Poland to cease being a problematic country within the free world – do accept this bill as soon as possible. The international community will truly respect such a decision. The Law and Justice party has promised to listen to the Polish people. We trust that you will keep this promise.

I would also like to emphasize that neither the bill nor these legislative proceedings in ANY WAY eliminate liability for violating the Constitution – as is now the case with respect to the President of the Republic of Poland, Mr. Andrzej Duda, and to the Prime Minister, Mrs. Beata Szydło. Moreover, I need to emphasize that this legislative proceeding must not become a smoke-screen from the European Commission nor become a fig-leaf covering up the lack of a real dialogue. From this honorable place in which I am standing, on behalf of the Polish nation, I demand that you, Honorable Members of this House, fulfill the obligations imposed upon you by your sovereign through the Constitution, to which you are subject, like all members of this nation.

In order to conclude, I shall take the liberty of quoting an excerpt from one of the Constitutional Court’s milestone decisions. On behalf of the citizens I implore that you take it to heart. For we should all remember that principles of separation and balance of powers are the foundation of a democratic state governed by the rule of law. The Constitutional Tribunal is their guardian. These principles,

‘were devised in order to avoid the experience of the past. This experience relates to a risk as well as to a real danger of a simplistic understanding of democracy – chiefly if not exclusively as the omnipotence of the parliamentary majority. In order to avoid this danger, the system of constitutional democracy was created, which the Constitution of Poland of 1997 fully implements’.

The Constitutional Tribunal is the foundation of this system.

Honorable Members of this House! Let us restore normalcy again.

To destroy law with politics is easy. To do politics in accordance to law is a true art and a real virtue.

Let us not forget that there are three elements necessary for resolving the ongoing crisis: first, the swearing-in of the three lawfully-appointed justices; second, the publishing of all outstanding judgments of the Tribunal; and, third, the implementation of an act on the Constitutional Tribunal that will not paralyze its functioning.

Thank you for your attention.

Other posts about this region:
Polen
Jarosław Jarosław Jarosław Marciniak, a political scientist and a lawyer, is a co-founder and a Board Member of the Committee for the Defence of Democracy (Komitet Obrony Demokracji – KOD). The Committee is a civic movement organization responsible for leading thousands of Poles on streets in response to anti-democratic and anti-rule of law decisions made by the Law and Justice party since its coming to power in November 2015. Website >> 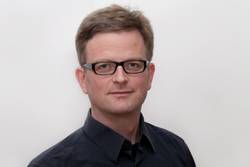 Other posts about this region:
English Articles, Polen 2 comments Join the discussion
Go to Top