„An Ever-Stronger Union“ Under the Radar of the European Public

The EU as a Military Actor

When the European Union published its first security strategy in 2003, entitled „A Secure Europe in a Better World“, it based this guiding document for foreign, security and defense policy on the observation that Europe had never been more prosperous, secure and free. This image has suffered deep scratches in the years that followed, through the financial and economic crisis, Brexit and, not least, authoritarian, nationalist developments in a number of Member States. With the promise that European integration would deliver political stability, democratization and prosperity growth, the Union’s essential „legitimacy claim“ has become precarious. This precariousness is directly reflected in the fact that the Union is currently developing a new rhetoric of the necessity and function of European integration: The EU wants to be, or at least aims to become, a guarantor of security for its citizens and its territory, and specifically includes military means among the necessary tools. The guarantee of security – a  well-known paradigm of state theory and political legitimacy – is  being coined as a function of the EU.

The EU as a security provider: A new rationale for European integration

A key momentum for this is marked by the EU Security Strategy published in June 2016 under the title „Shared Vision, Common Action: A Stronger Europe, A Global Strategy for the European Union’s Foreign And Security Policy“, developed under then High Representative for Foreign Affairs Federica Mogherini: The Global Strategy – in striking contrast to the EU’s first security strategy – invokes the image of an existential crisis, and an internal and external threat to the EU and the European project as a whole, against whose backdrop the EU must position itself as a security guarantor or “ security provider.“ In doing so, it cannot rely solely on civilian and diplomatic soft power. In a „fragile world“, the Union must make its security and defense capabilities more credible and position itself as a security community. In the temporal context, the global strategy is informed by the crises and conflicts in the Middle East and not least by Russia’s annexation of Crimea. With the Ukraine war, the gloomy world view of the Global Strategy has recently gained even more persuasiveness.

Like its predecessor, the 2016 Global Strategy is not a legal act and was not formally adopted by the Council. It was presented by the Foreign Affairs Officer and noted by the Council only in Council Conclusions. Nevertheless, the Strategy has become an essential motif of EU foreign, security and defense policy, informing and driving its further development: Building on the Global Strategy, the Union has since 2016 developed its military capacity with the goal of becoming „strategically autonomous.“ This includes the Permanent Structured Cooperation (PESCO), a complex regulatory program to develop common military capabilities in the Union; the Coordinated Annual Review on Defence (CARD), which is used for coordinated defence planning and prioritization of armaments efforts of the Member States; the European Defence Fund (EDF) for the financial support of common armament projects; the establishment of a Military Planning and Conduct Capability (MPCC) for European military operations; and an extrabudgetary fund for the common financing of EU military operations and for supporting the military development of third countries (European Peace Facility).

A few days ago, the Union has finalized the update of the Global Strategy: This new security strategy, the so-called Strategic Compass, was commissioned by the Council in June 2020 and was prepared by the European External Action Service.This included a dialogue with the member states. However, the German public did not visibly participate in this process. Moreover, an EU-owned think tank, the European Union Institute for Security Studies, has contributed policy proposals and recommendations. In November 2021, the EU High Representative for Foreign Affairs presented a non-public draft to the member states which underwent further political coordination. In March 2022, the Strategic Compass was published. The Ukraine war certainly represented a new aspect of the threat analysis that had to be processed. In any case, however, the general idea with which the Strategic Compass continues the Global Strategy has remained the same: namely, that the Union wants to distinguish itself further and more markedly as a security provider. In the words of the High Representative for Foreign Policy, Josep Borrell:

“Europe is in danger: we need to operate in an increasingly competitive strategic environment. The purpose of the Strategic Compass is to draw an assessment of the threats and challenges we face and propose operational guidelines to enable the European Union to become a security provider for its citizens, protecting its values and interests.”

The Strategic Compass comprises a global and regional security and military threat analysis and is in turn intended to guide the further development of the Union’s security and defense policy – particularly in the form of armaments, joint capability development and the improvement of decision-making processes. In short, the Security Compass is intended to further strengthen the Union’s capacity for military action. A particularly visible aspect of this is the announcement of the establishment of a so-called EU Rapid Deployment Capacity of up to 5000 troops.

The fundamental importance of defense integration for the European project

The capacity for military action is commonly counted among the core aspects of sovereign statehood. This is also reflected in the sovereignty and constitutional reservations and the intergovernmental principle of organization and decision-making which are intended to ensure state autonomy in EU defense policy. Nevertheless, the military policy of the member states has increasingly become the subject of European regulation and policy in recent years. The EU has a much more intensive regulatory impact on how member states arm and develop their military capabilities than would be expected from the common conception of the EU’s defense policy as a non-supranationalized, intergovernmental policy area (this is what I have examined in a forthcoming book; see also here).

The EU’s development into an independent military actor, however, is proceeding mostly without any substantive political involvement of European citizens. The political actors, first and foremost the member state governments, but also the High Representative for Foreign Affairs, do not proactively communicate the Union’s defense policy to the public. Media coverage and public attention are largely lacking; only a specialized audience follows events more closely. The political leaders of the member states have so far only sporadically embraced the project and made it part of their political profile. So far, the process has advanced soundlessly at the level of EU diplomacy, the EU administrative apparatus, and the administrations of the member states.

Meanwhile, the military capacity that the Union is aiming for is anything but a circumstantial, purely technical matter for the project of European integration. The EU itself treats it as an existential project which the justification of European integration to its citizens depends on just as much as Europe’s position in the world. In addition, very fundamental questions arise about the political orientation of the EU’s foreign, security and defense policy: What are the main purposes to be served by the military capabilities that the Union is working to develop? How should the Union’s military „hard power“ relate to its diplomatic „soft power“? How does the Union shape its relationship with NATO? How does it position itself in the international order and, in particular, in the reawakening East-West confrontation?

Potential and problems of democratic politicization

The way in which the war in Ukraine has revived the issue of Europe’s defense as the purpose of military policy in a staggering manner has the potential to politicize these issues and, by extension, also EU defense policy. Already the push for a reorientation of German defense policy, undertaken by Chancellor Olaf Scholz, contributes to the visibility of defense policy, including at the European level. It would be worthy of a broad, open debate in itself. Admittedly, other crises of recent years, such as the financial and economic crisis in particular, have reinforceed the action mode of „no-alternative“ by member state governments in summits and technocratic coordination processes.

It is true that in post-war Germany, wars and rearmament have aroused a great deal of public debate in the past. However, there is no comparable involvement of the public in the EU´s defense policy. The constitution of the EU’s defense policy as laid down in the Union treaty keeps the European Parliament and its potential for opposition and alternative proposals at best on the sidelines of the political playing field. In addition, military policy has traditionally been construed as a field of executive action that is permeated by a military „rationale“ and where security concerns require far-reaching secrecy. This also comes to fruition at the European level and contributes to the fact that the ongoing integration process in EU defense policy is virtually shielded from the public eye. For example, freedom of information requests (e.g. via „Ask the EU“) on ongoing defense policy projects generally remain unsuccessful in my own experience (for one example, see here). Moreover, the intergovernmental decision-making process, which essentially takes place in the Council’s working apparatus, has always been highly opaque. Policies made and implemented in this mode are difficult to control and politicize, even by national parliaments. In addition, the current situation is characterized by a threat scenario that has come to a head with the war in Ukraine, making it easy to argue with supposed imperatives for rearmament and militarization of foreign policy. Nevertheless, unlike Ukraine, we are in the happy position that we are not at war and not even faced with imminent threats of Russian attacks and would therefore have the time for thorough debate and consideration.

Parliamentarization and democratic openness as an imperative

The fact that military policy integration in the EU is taking place outside the realm of public debate ultimately means that the political actors have less of a burden to justify themselves and greater room for maneuver. It is therefore anything but certain that the further development of EU defense policy will now become the subject of a broader public debate. However, there is an urgent need for this. A substantive public debate about the military „hard power“ that the Union wants to develop und put into action in foreign and security policy is necessary in order to subject this power to democratic politics and to the rule of law. The whole undertaking of empowering the Union as a military actor needs to be dealt with not as a technocratic issue, but in a manner that reflects its fundamental political significance.

Altogether, the intergovernmental political mode of EU defense policy is no longer appropriate for the level of European integration in this policy field, the development of which will significantly shape the European project in the coming years. In particular, it is necessary that the European Parliament and the national parliaments be informed of upcoming political decisions in a substantive and timely manner: They should be informed as long as the political process is still open, and their position should be a constituent part of decision-making at the EU level. In addition, the Member States´ governments, the High Representative and the Commission must proactively bring the political issues raised by the development of EU defense policy to the public’s attention at an early stage. It is part of their role to help stimulate a substantive debate among Europe citizens on these developments. 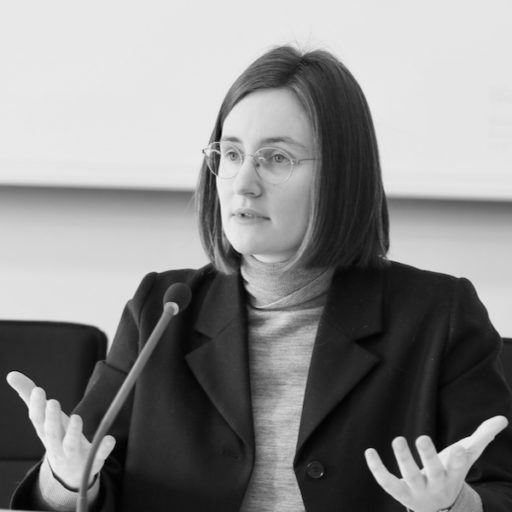