Many (Verfassungs-)blog posts on China, be it on tweets, white papers, or the Social Credit System, criticize legal institutions and realities by highlighting their difference from “Western” or constitutionalist (宪政主义) traditions. This makes it rather easy for the explicitly anti-Western and anti-constitutionalist official Chinese system of thought, Sino-Marxism, to reject any criticism – either as Eurocentric, (legal) Orientalist, and “culturally hegemonic” or as ignorant of “theoretical basis” of the Chinese system. Therefore, legal scholars should always be aware of the two fundamental differences, which Sino-Marxism is both a product of and again produces: the one on the “deep level”, of ideologies underlying the law, and on the “meta level”, of methods employed to analyze and compare the law. Knowing Sino-Marxism, which provides powerful political but only limited analytical tools, is thus crucial for transnational and global constitutionalists in order to defend their values without being accused of a lack of understanding – also in the current case of Hong Kong.

Sino-Marxism is officially described as the “sinicized and modernized” version of Marxism or “Marxism with Chinese characteristics”. In this (significantly) modified form, Marxism is still authoritative for both Chinese state organs and the CCP – that is, legislators, judges, public administrators, armed forces, state-owned enterprises etc. as well as all party members. They “must take Marxism as their guide to action”, because “its basic tenets are correct and have tremendous vitality”. Also, China’s population and academia (scholars being always part of the population, often employed in state institutions, and not seldom party members) are required to adhere to this “guiding ideology”, as “it has been perfectly right for history and the people to choose Marxism”. Therefore, Sino-Marxism is not limited to Marxist jurisprudence (马克思主义法理学) and Marxist comparative law with Chinese characteristics (中国特色马克思主义比较法). Rather, it yields far-reaching implications for both Chinese positive law and legal studies, be it inner-state or comparative.

Despite claiming to be anti-constitutionalist – and thus perhaps better described as authoritarian constitutionalism –, Sino-Marxism has canonized its “leading maxims” and major principles both in the People’s Republic of China (“PRC”) Constitution and the Chinese Communist Party’s ( “CCP”) Statute. The enumerated maxims are Marxism-Leninism (马克思列宁主义), Mao Zedong Thought (毛泽东思想), Deng Xiaoping Theory (邓小平理论), the “Important Thought of Three Represents” (“三个代表”重要思想), and the “Scientific Outlook on Development” (科学发展观).

Latest in the row is Xi Jinping Thought on Socialism with Chinese Characteristics for a New Era (习近平新时代中国特色社会主义思想), included in the CCP Statute in 2017 and the PRC Constitutionin 2018. The increasingly aggressive regulations under Xi are described with the most harmonious topoi: twelve “socialist core values”, a “four-pronged comprehensive strategy” and one “China Dream”, leading to the “great rejuvenation of the Chinese nation”. It may be debated to which extent this constitutes a continuance of current ideology and praxis, a return to former, especially Maoist, principles or a qualitatively “new era” featuring a “new normality”, as stated in the official discourse. Yet, it is undisputed that current developments cannot be grasped by taking these topoi at face value, but rather by identifying Sino-Marxism’s four basic implications that also Xi Jinping Thought (and deed) rely on:

First, Sino-Marxism conceptualizes law and theory as subordinate to practice. Making law, as any other activity of the state or the party, must “seek truth from facts” (实事求是) and act according to “practical necessities”. These claims refer to base-superstructure-theory, the core element of (historical) materialism. As part of the superstructure, positive law is “dependent upon” the practical base – as are legal studies.

Therefore, such legal pragmatism can also be found in methodology: Inner-state jurisprudence employs analytical techniques like “theory building and testing according to practice”, and comparative law “transfers foreign experiences” in order to generate legal reforms.

Secondly, this practice that law must abide by is the “actual” one. Actuality has a factual and temporal dimension, designating the “reality” at a certain time. It thus combines the base-superstructure model with dialectics to dialectical materialism emphasizing the dynamics and contradictions between base and superstructure. Its so-called “sinicized” version is Mao Zedong’s theory of contradictions (矛盾理论) aiming to identify the primary and secondary, internal and external contradictions in society – and to solve them.

Methodologically, legal analyses (or: comparisons) therefore start from the contradictions and current “reality” in Chinese society (or: the societies compared) and explain Chinese law (or: compare the respective legal orders) on that basis. This reveals interesting similarities to, and might be additionally explained with, American-inspired legal realism, since many conservative – in China: “leftist” – legal scholars have been educated in the United States. For Sino-Marxists, the practical base thus serves as the analytical basis of legal studies, and not merely as their additionally considered legal “context”.

Actuality is praised for giving rise to significant ideological flexibility, because contradictions and practical necessities (may) constantly change. However, actuality as a “general clause” is devoid of content and exclusively defined and changed by the CCP: Therefore, in 1978/81, party leaders could, with a wave of the hand, declare “economic backwardness” as the most pressing contradiction and economic development as the highest goal of Chinese politics and law. The economic instrument created in the reform and opening-up era (改革开放) are thus regarded as a “socialist market economy” and, prima vista paradoxical, as a consequence of Marxism.

The theory of contradictions is also revealing in the current case of Hong Kong. Having “returned” (香港回归) in 1997, Hong Kong as a “special administrative region” (HKSAR) forms part of the PRC territory. This territorial integrity will, at (almost) any price, be upheld as China’s “core interest” (核心利益). For this purpose, however, Sino-Marxism considers it necessary to solve alleged contradictions around Hong Kong:

First, the internal contradictions in Hong Kong society are supposedly rooted in British colonial rule. Sino-Marxism identifies primary contradictions between “labour and capital” and between “the rise in demands of the urban population and the decline in governance abilities of the HKSAR government”, or secondary contradictions in terms of housing etc. Then, the external contradictions between Hong Kong, especially its courts (seen as a British heritage), and the central level in Beijing. Both the mode of definition of contradictions and their qualification as internal or external might be questioned from an intra-Marxist perspective. However, they have led Sino-Marxists to argue that “one country, two systems” (一国两制) could never be a long-term solution – but rather a contradiction to be solved. Moreover, Sino-Marxists consider Hong Kong as part of the main contradiction of the whole Chinese society, redefined under Xi Jinping in 2017 as the PRC’s inter-locally “unbalanced and inadequate development”. This explains why state and party leaders are not any more interested in maintaining Hong Kong’s “unbalanced”, outstanding status towards the Mainland – be it as a hub for finance and business or for (respective) personal freedoms and self-administration.

These “theoretical fundaments” suggest that Chinese state and party leaders might concede single points to Hong Kong protesters, e.g. by withdrawing the extradition bill or by not cancelling district elections, but will hardly give in to their final aims. This is because the latter, though probably equally suitable to solve alleged contradictions surrounding Hong Kong, point in a direction opposite to the “eschatology” outlined in the CCP statute and PRC constitution.

Another reason for this prognosis is, thirdly, Sino-Marxism’s integrated “politics and law” concept (政法). Politics is used synonymous with the political rule by the CCP, claiming that there can only exist one ruling party (执政党). And because of the principle (de constitutione lata) that this party shall lead the people, state, and legislation (党的领导), politics is considered superior to law and legal studies.

Fourthly and as a consequence, Sino-Marxists – as many others – openly reject formalism, idealism, and liberal legalism. But they still claim to adopt a kind of normativism – which they, however, demand to “emanate from political realism”, “repel abstract and void idealism”, and “be born out of political power”. As a result, Sino-Marxist normativity does not describe the specific existence of law in the sphere of “ought”, (analytically) separated from the world of “is”, let alone the “intrinsic value” and “immanent force” of the law. Rather, it cumulates in a factualistic positivism of power that is challenged by various “schools” of (legal) studies, but for different reasons:

Liberal scholars in China and the West contest its foundation – rejecting the autonomy of law and legal studies – by defending normativistic legal positivism and (liberal) constitutionalism. Critical scholars question its justification – supposed “Chinese characteristics” (中国特色) – as sinocentric, self-Orientalist, and essentialist (inverting the Sino-Marxist allegations against “Western” or constitutionalist scholarship). And Marxist scholars object its conclusions – subordinating law and science to practice, actuality, politics, and anti-normative normativity – from an “internal” standpoint: Firstly, because these conclusions are not only “far from orthodox Marxist dogmatism”, but also from radical democratic readings of Marx and Engels. Secondly, because they ignore the differences between base and superstructure, the distinctions inside superstructure, and the dialectics between them.

In a nutshell: Sino-Marxism might provide Chinese state and party leaders with powerful political tools. Their analytical strength, in contrast, is rather limited. Therefore, legal scholars should elucidate instead of simply elide, but, at the same time, deconstruct instead of simply replicate Sino-Marxism – as is the case with all other ideologies (意识形态).

The author would like to thank Ass. Prof. Dr. Matthieu Burnay (QMUL), Dr. Eva Nanopolous (QMUL), Lucas Brang (Cologne/CUHK), and Zhang Guanchi (Harvard) for their comments on this article. A shorter and earlier version has been published on EUPLANT (Jean Monnet Network “EU-China Legal and Judicial Cooperation”). 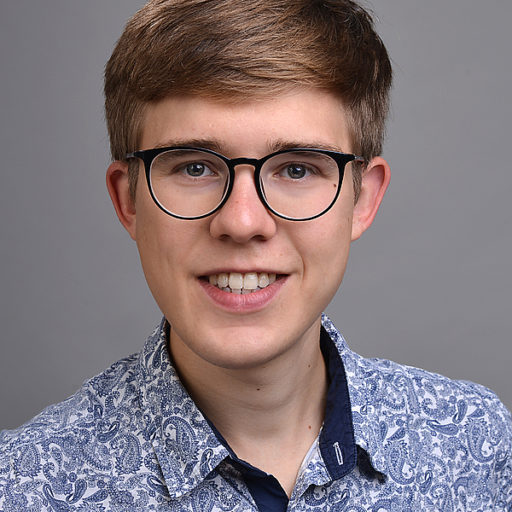 Philipp Renninger Philipp Renninger is an academic assistant at the chair of European, International, Public, and Comparative Law (Prof. Dr. Sebastian Heselhaus) at the University of Lucerne (Switzerland).