Foreign Agents, Diplomatic Skirmishes and the Law on Diplomatic and Consular Relations

In September 2022, the Madrid-based NGO ‘Safeguard Defenders’ published a report entitled ‘110 Overseas – Chinese Transnational Policing Gone Wild’, in which it documented the existence of at least 54 extraterritorial and undeclared Chinese police stations in more than 30 countries, many of them European Union Member States, such as Germany, Ireland, or the Netherlands. These police facilities, operated under the guise of ‘service centres’ supposedly providing diplomatic and consular services such as extending driving licences for Chinese nationals, have hence been located in cities such as Dublin, Rotterdam, Amsterdam, and Frankfurt.

The Unknown Police Officer Next Door

According to the report, said police facilities – while not officially registered with respective domestic authorities – have been installed and are operated by the Chinese government across the globe and have effectively been camouflaged by being designated to provide ‘diplomatic assistance’ to Chinese nationals living abroad. While not clarifying upon their respective interlinkages with officially declared embassies, consulates, or honorary consulates, said facilities are in particular suspected of engaging in the targeted repression and espionage activities directed at political activists, dissidents, as well as other Chinese nationals currently living in exile. Thus far, Chinese authorities, including the Chinese Embassy in Berlin, have declined any further comment on the matter.

Following an increase in news coverage on the NGO report as well as the initiation of investigations in Ireland and in the Netherlands, German authorities also started to direct their attention towards the imputed existence of an extraterritorial Chinese police facility on its territory, located in the city of Frankfurt. Under the indentation of other European Union Member States starting to crack down on said police stations – with Ireland ordering the closing down of the respective facilities in Dublin and the Dutch Minister of Foreign Affairs telling China to close down its station posts in Amsterdam and Rotterdam – German authorities both on the State as well as on the Federal level have initiated action and started to response: accordingly, Hessian authorities – including the State Ministry for the Interior, the State Office for the Protection of the Constitution as well as additional specialized police departments have commenced an investigation in the accusation raised in the report, yet noting that thus far, no indication had existed that such an ‘office’ would actually be located in Frankfurt and that is was not known whether and which activities would be carried out from there. Complementing these statements, the Federal Ministry for the Interior further added that it was keeping an open eye on the issues and was moreover coordinating further action within the Federal Government. In providing additional clarification on the overall contingency for a cooperation with foreign police forces, the Ministry’s spokesperson further noted that Germany had ‘not concluded a bilateral agreement with China on the operation of so-called overseas police stations (‘Übersee-Polizeistationen’ – ÜPS)’. Moreover, the German Federal Government would ‘not tolerate the exercise of foreign state authority’ on its territory and that, accordingly, Chinese authorities, including Chinese police forces, would neither enjoy executive powers nor diplomatic privileges in Germany. In that respect, the Ministry’s spokesperson added, the Federal Government had already admonished the Chinese government for deploying liaison officers of the Chinese police in Germany in the past. Within Berlin governmental circles, it was hence claimed that it had been made clear in bilateral talks with Beijing that the Federal Government would not accept and tolerate the Chinese state performing these kind of sovereign activities on German territory.

Only the Tip of the Iceberg?

Beyond what recent news coverage has thus far revealed, it appears as if the sheer existence of said police facilities is only the beginning: according to further research conducted by German newspaper DER SPIEGEL, even more informants support the activities of the Chinese police apparatus and are actively operating in Germany in a clandestine manner. Hence not belonging to or working in said extraterritorial police stations on German soil, according to DER SPIEGEL, these foreign agents are active across various federal states and operate as designated contact persons for Chinese police forces that are searching for exiled Chinese citizens and thus remain available through messenger services at said police forces’ request. According to cited experts, this conspirational structure, if confirmed, would thus not only lastingly undermine Germany’s sovereignty through the deliberate deployment of foreign police forces, but moreover support Chinese governmental agents in collecting and backchanneling information about political activists or dissidents to Beijing.

Legal Frameworks and Applicable Law – Where Do We Stand?

Notwithstanding the matter’s overall public and political sensitivity, regarding the applicable (international) legal framework(s) for regulating and eventually confining activities of a foreign power operating extraterritorial police facilities in third countries, the assessment is rather straightforward: as also underlined by the German Federal Government, it can be expected that all (!) Chinese diplomatic and consular missions operating in Germany conduct their (then legitimate) activities in adherence with the Vienna Convention on Diplomatic Relations as well as the Vienna Convention on Consular Relations. Rather unsurprisingly, neither of these international treaties – in large parts also codifying customary international law – allows for or accommodates the stationing of polices forces in a third country without the explicit consent by the host state. If confirmed, China’s maintenance of extraterritorial police facilities abroad without seeking prior permission by the concerned state can only be regarded as illegal under contemporary international law.

This determination, however, poses fundamental questions as to how China may be confronted with and held responsible for eventual violations of applicable international legal standards, hence entailing – for the time being – at least two contentious notions: with regard to its bilateral relations with other states and in the present example with a view towards Chinese-German relations in particular, the above-sketched revelations came about at a time already characterized by increased public scrutiny and ever more growing scepticism about and criticism of Germany’s China policy, most recently peaking in political discussions pertaining to Chancellor Olaf Scholz being scheduled to travel to Beijing as the first G7 leader since the Corona pandemic and amidst continued domestic debates pertaining to German-Chinese trade and business dependencies, most recently culminating in the imputed plan of Chinese state-owned marine transportation corporation COSCO seeking to invest in and take over parts of critical infrastructure at Hamburg Harbour.

From a more internationalized vantage point and with its global economic importance steadily continuing to increase, China seems to be ever more prone to claim an imputed right to interpret and, eventually, even break international legal norms and rules wherever it perceives its national interests to be affected. While this may not come as a surprise in general, the openness and self-assertiveness in which such interpretations are displayed seems to have reached previously unheeded levels. This changing self-perception has recently been illustrated by an incident in the United Kingdom where, after cracking down on a pro-democracy activist from Hong Kong, the Chinese Consul General in Manchester openly told British media that he perceived it to constitute the duty of every diplomatic agent to act in whatever way he deems appropriate whenever his country or head of state would be insulted. Yet, if this is supposed to reflect the new standard of inter-state engagement with China, the challenging times are only about to start. 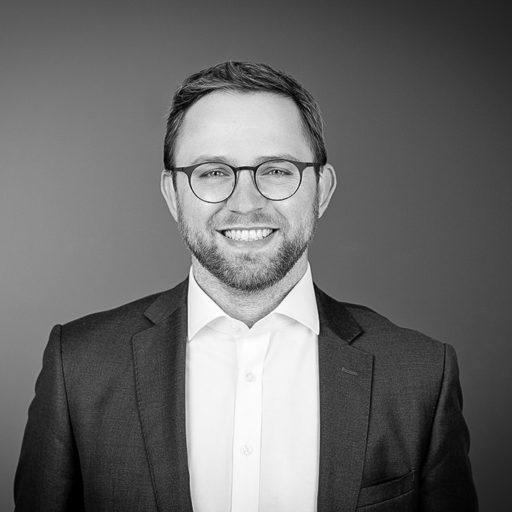 Other posts about this region:
China, Europa 1 comment Join the discussion
pixel_not_set
Go to Top