Citizenship Federalism and the Ambiguous Promise of Local Citizenship

In his opening essay, Rainer Bauböck argues that the demographic changes of the last few decades, including the tremendous growth of cities and the simultaneous weakening of national borders, require a new approach to citizenship. Specifically, he calls for “an urban citizenship that is derived from residence rather than nationality and that complements national citizenship instead of replacing it.” As I argue in my forthcoming book (Stahl 2020), many countries such as the United States already have a form of “citizenship federalism,” in which local (not specifically urban) citizenship, based on residence, exists alongside national citizenship, rooted in nationality. The experience of citizenship federalism, unfortunately, shows that it is not likely to be a solution to the political crisis surrounding citizenship today. Rather than fiddling with issues of scale, we must re-evaluate the substantive content of citizenship.

That citizenship federalism exists in practice is often illustrated through the example of voting rights. Nearly everywhere, the right to vote in national elections is based on nationality – in the form of territorial birth, descent or naturalisation – whereas the right to vote in local elections is based on residence, often without regard to nationality. A notable example in the United States is the recent decision of San Francisco to enfranchise all parents of local schoolchildren, including noncitizen immigrants and even undocumented or “illegal” immigrants, in school board elections.

The right to vote is neither the only nor the most meaningful example of citizenship federalism in practice. Perhaps a better one, to which the San Francisco example points, is the right to education. In a 1982 case called Plyler v. Doe,the U.S. Supreme Court held that all local children have the right to attend free public schools in the city in which they reside, regardless of their immigration status. The Court referred to education as “the very foundation of good citizenship,” echoing T.H. Marshall’s (1949/1965) classic claim that education is one of the key social rights of citizenship. Notably, however, insofar as education is an incident of citizenship, it is specifically an incident of local citizenship. In the United States, the provision of public education is almost universally a local responsibility, and the entrustment of education to local governments is widely perceived as an essential component of local citizenship.The Supreme Court has directly linked local control of education with citizenship:“[L]ocal control over the educational process affords citizens an opportunity to participate in decision-making, permits the structuring of school programs to fit local needs, and encourages ‘experimentation, innovation, and a healthy competition for educational excellence.’” (Milliken v. Bradley, 418 U.S. 717, 742 (1974)).

The example of education clearly illustrates our bifurcated approach to citizenship. Lacking the privilege of territorial birth, descent or naturalisation that marks a citizen of the nation-state, noncitizen residents have no right to vote at the state or federal level, no right to access many federal benefit programs, and are constantly vulnerable to the shifting priorities of immigration enforcement. Nevertheless, they simultaneously enjoy one of the most significant rights of local citizenship – the right of education – in whatever city they reside.

For that reason, I do not agree with those, such as Alienikoff and Hirschl, who claim that local citizenship is impotent in the absence of local sovereignty. Within the American constitutional order at least, local governments have little sovereignty, but they have the ability, and often the responsibility, to confer many of the rights that define citizenship in a liberal democracy.

Despite its promise, however, citizenship derived from residence is no less stratifying than citizenship based on nationality. For to enjoy the rights of local citizenship, one must first acquire residence within the desired local community, and that can be a daunting proposition. In the United States, the quality of public education varies widely across local boundaries, and those (generally affluent) localities that enjoy excellent public schools often rely upon restrictive zoning practices to elevate home prices and thus to rigorously exclude less affluent people from acquiring residence. If you doubt the deadly seriousness with which these communities treat their local borders, consider that parents who have attempted to enrol their children in high-performing school districts outside the communities in which they reside have been criminally charged with “stealing” an education (Baldwin Clark 2019).

Hence, if local citizenship holds the promise of liberating people from the nation-state’s divisions of ethnicity and nationality, it does so largely by substituting in its place the division of money and mobility. Indeed, it is this “neoliberal” idea of citizenship – a citizenship beholden to the forces of the marketplace – that is driving much of the political crisis surrounding citizenship today.

The increased global mobility of trade and immigration has weakened national borders and forced nation-states to adapt their ideas about citizenship to align with market principles. For example, many states have responded to the global demand for skilled immigrant labour and immigrant money by essentially putting citizenship up for sale. According to Aihwa Ong (1999), citizenship has become “flexible,” adapted by nation-states as necessary to lure desirable immigrants and understood by migrants themselves as purely transactional. Internally, those with mobility are moving away from declining rural and manufacturing areas towards the urban areas that are the hubs of the new global knowledge-based economy. The ones left behind resent those who have benefitted from mobility, especially the immigrants who are the most visible symbols of a mobile society, and their reaction is to summon a primordial definition of citizenship rooted in blood and soil.

The Future of Local Citizenship

So, what can local citizenship become? For one thing, I enthusiastically agree with Margaret Kohn that if localities are to be worthy sites of citizenship, “city-zens should not use local institutions exclusively to promote the interests of current residents,” and local decisions should be animated by “principles of right and equity.” One way that local governments can advance these goals is to reform their zoning laws so that access to places with abundant jobs and good schools can be broadened, and the true promise of Plyler v. Doe realised. Although it is true that wealth inequalities have played an outsize role in shaping local citizenship, “principles of right and equality” have also been ever-present, as localities have always shouldered the task of making room for newcomers. In the past few years, brave legislators and grassroots organisations like the “Yes in My Backyard” movement have made great strides in the struggle to transform land use regulation and improve access to opportunity, though many obstacles remain (Stahl 2018).

But we should be clear about the difficulty in refashioning local citizenship to accord with our ideas about equality. In an important sense, citizenship is all about inequality. “Citizen” is not a meaningful category unless there is also a class of people who are not citizens. To be sure, there are those who have urged “world” or “global” citizenship, but what they are really proposing is not a theory of membership or community, but a theory of justice. (Nussbaum 2002). According to the legal scholar Robert Cover (1982), universalist values like justice are weak, “system-maintaining forces,” that exist to protect “worlds of strong normative meaning,” but cannot create or nourish them. It is only the bonds of a shared identity that have the power to create such worlds of normative meaning. However, it is a dangerous fantasy to assume that identity and community are fixed quantities immune to change. The crises of our present political moment – the nativist opposition to immigration at the national level and massive suburban resistance to zoning reform at the local level – both stem from the same anxious sensation that change is at the door. Indeed, in our age of globalisation, there is no way to turn back the tide of increasing population mobility. Paradoxically, as Jerry Frug notes, “giving up the idea that the world can be purified or controlled” can reduce one’s anxiety and enable one to live a fuller life as one develops “a confidence that one won’t be overwhelmed by complexity or disorder, a feeling that one can live with, even learn to enjoy, otherness” (Frug 2001: 120-21) That confidence to reject a static conception of community and embrace dynamism and change is, ultimately, what local citizenship can offer us in a global age. 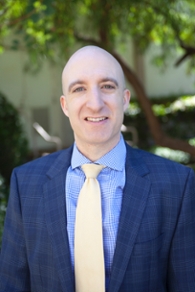 Kenneth Stahl Kenneth Stahl is Professor of Law and Director of the Environmental, Land Use, and Real Estate Law certificate program at Chapman University Fowler School of Law.