Citizenship Revocation in Italy as a Counter-Terrorism Measure

Since the outbreak of the threat posed by international terrorism in 2001, democratic countries have often reacted in a way that conflates immigration and counter-terrorism measures. Indefinite detention of foreigners perceived as threats to national security, expulsions involving the risk of torture or ill-treatment and passport revocation are some examples. These tools have constituted the core of the UK counter-terrorism strategy since the Anti-Terrorism, Crime and Security Act (ATCSA) 2001, but other European countries followed the same trend. Among them is Italy, where Decree Law 144/2005, converted into Law 155/2005 vested the Minister of the Interior with the power to deport foreigners who committed terrorist-related crimes or are suspected to facilitate terrorist organizations or activities.

More recently, when the Islamic State of Iraq and Syria (ISIS) emerged – then turning into Islamic State (IS) – terrorism assumed a “new shape”. Radicalization strategies changed accordingly, trying to attract Western people. Within a few years, terrorist attacks in Europe increased and, more importantly, radicalized citizens of European countries often took part in their planning and enactment, as a recent report of the EU Court of Auditors shows. Not to mention those who leave their country as “foreign terrorist fighters”, moving to territories in which they can participate in terrorist acts and/or receive terrorist training. These phenomena, showing that jihadist terrorism is reaching the very roots of Europe, prompted several EU Member States to pass or strengthen legislation allowing citizenship-stripping. This approach represents the apex of the overlap between immigration and counter-terrorism measures. By revoking citizenship, allegiance between the individual and the state is broken and turning citizens into foreigners allows the state to deport them.

Just like with the adoption of Decree Law no. 144 in 2005, the Italian legislator did not take long to follow the steps of other European lawmakers. Austria, Belgium, the Netherlands and the UK are among those countries that updated their legislation between 2014 and 2017 to allow citizenship revocation of those engaged in terrorism, while a similar proposal failed in France in 2016, since the majority of the French legislative Assembly did not agree on the draft text. In 2018, the Italian government approved Decree Law no. 113, embodying emergency provisions then converted into ordinary law by the Parliament a few weeks later (Law 132/2018).

Art. 14 of the 2018 Decree Law amended Italian legislation by allowing the revocation of citizenship based on a decision of the Minister of the Interior when a person has been convicted for terrorist offences. Not all Italian citizens can be targeted by this measure: it is applicable only to naturalised citizens or to those who acquired Italian nationality because they married an Italian citizen or were born and resided in Italy until the age of 18. Therefore, this provision specifically addresses immigrants and their children who became Italian citizens.

There are at least two major drawbacks with this provision. First, by restricting its scope to the above-mentioned nationals, this norm creates two “categories” of citizens. On the one hand, Italian citizens by birth; on the other hand, those who were nationals of other countries and acquired Italian nationality later in time. Consequently, the new provision is discriminatory as it attaches legal consequences to the way nationality has been acquired (by birth, naturalization etc.) with the effect that an Italian citizen by birth who committed the same crimes as a naturalized citizen cannot be deprived of citizenship.

The second trouble with Art. 14 is that statelessness is not excluded. As a matter of fact, if the acquisition of the Italian citizenship resulted in the loss (or relinquishment) of their first nationality, people become stateless. In this regard, a look at the comparative scenario shows that, generally, other countries allowing the revocation of citizenship limited the scope to dual nationals, with the relevant exception of the UK Immigration Act 2014. This Act allows nationality to be revoked to naturalized citizens, even if they do not have another citizenship, provided that there are “reasonable grounds to believe” that they may become citizens of another state. Differently, the (failed) proposal for constitutional reform in France authorising the revocation of citizenship only applied to those having at least two citizenships.

Revocation of citizenship based on terrorism conviction in Italy is part of a wider reform of citizenship introducing stricter ruled for granting nationality. For example, those who become Italian nationals by marriage or on other grounds established by law have to demonstrate appropriate knowledge of the Italian language. While such requirements are quite common in other EU countries, e.g. in France and in the UK, those rules are new within the Italian system.

However, the possibility to revoke citizenship due to the abovementioned reasons is not the only thorny issue of Decree Law 113/2018. Art. 1 also repeals provisions allowing Italian public authorities to let immigrants stay within Italian territory for “compassionate, humanitarian or other reasons”, even if no reasons to grant other forms of protection (refugee status, subsidiary protection, temporary protection) apply. This so-called humanitarian protection derives from the implementation of Directive 2008/115/EC, which enables EU Member States to grant an autonomous residence permit for humanitarian reasons. The 2018 Decree eliminates protection for generic humanitarian reasons and restricts it to some specific hypotheses like the need for special medical care. Directive 2008/115/EC does not oblige Member States to grant humanitarian protection so this legislative change does not violate EU law. Humanitarian reasons, however, are de facto the ground on which most of the residence permits in Italy are based. Consequently, Art. 1 increases the rate of irregular immigrants on Italian soil. Moreover, in spite of the lack of an explicit obligation at the EU level, the European Court of Justice remarked that Member States are not prevented from providing additional forms of protection to the ones that are mandatory pursuant to EU law. In addition, the Italian Constitutional Court has stated since the 60s that there is no difference between Italian citizens and foreigners as to the enjoyment of fundamental rights enshrined in the Italian Constitution. Hence, denying those individuals humanitarian protection might result in a violation of such basic guarantees. In conclusion, Decree Law 113/2018, converted into Law 132/2018, clearly embraces a view according to which not only foreigners, but also “second class” citizens must be regarded as a threat to national security.  Such an approach is not isolated in the comparative scenario, since it is a common reaction by several democratic countries. The spread of populism, characterizing some recent governments that try to build their consensus on the most basic level of feelings and reactions by people, also played a role in this process. What will be the outcome of this potentially dangerous relationship between security, immigration, and populism remains to be seen. 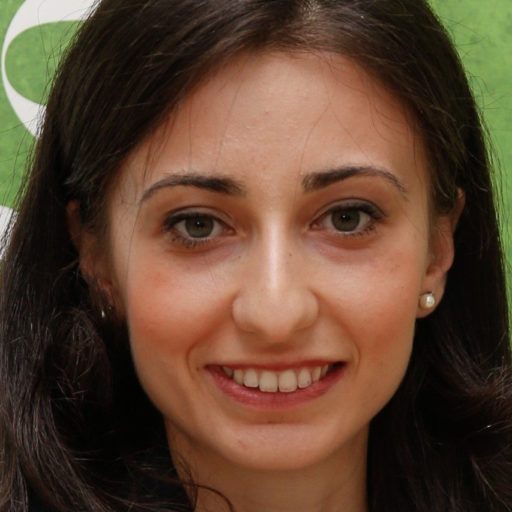 Other posts about this region:
Italien 2 comments Join the discussion
pixel_not_set
Go to Top