Claiming “We are out but I am in” post-Brexit

It is not often that the European Court of Justice (ECJ) is presented with a case in which the law is so crystal clear, and so overwhelmingly contrary to the applicant’s claims, as in Préfet du Gers. The central question of the case is weather British nationals retain their EU citizenship and EU citizenship rights after Brexit. Given how straightforward the Treaties and the case-law are on this matter, it is unsurprising that AG Collins answered this question in the negative in a well-argued and straightforward Opinion.

The plain rule is that one must hold the nationality of a Member State to be a citizen of the Union, which British nationals no longer have upon the UK’s departure from the EU. Claiming otherwise would not only be contra legem, it would also make Article 50 moot and leaving the Union impossible. Nonetheless, this well-known legal reality was disputed to protect those UK citizens who did not agree with Brexit against the legitimate outcomes of the functioning of their democracy (see here for a critical overview of such attempts). In his Opinion in Préfet du Gers, AG Collins dashed the hopes of those who thought the ECJ might be willing to do.

In a convincing argument, the AG explains why, legally speaking, British nationals are no longer EU citizens and have not retained the rights of EU citizenship they enjoyed prior to the UK’s withdrawal reminding of the core feature of any citizenship: as a totalitarian status disconnected from personal wishes, the competent authority will take a decision on its possession – our wishes usually do not matter. Luckily for the UK citizens and Brexit, leaving the EU was taken in a general democratic context, however flawed, which is missing in the absolute majority of citizenship assignment and withdrawal cases around the world, sanctifying what one of us has called the system of passport apartheid, which is at the heart of global population management.

Can British nationals retain EU citizenship despite the constitutional decision to leave?

The French authorities removed the applicant, who resided in France for 36 years from the electoral roll following Brexit, preventing her from participating in the March 2020 French municipal elections. After her application to be re-registered on the electoral roll was refused by the local authorities, she took the matter to court, where she stressed that having lived outside the UK for more than 15 years she lost all political rights anywhere (an interesting claim, potentially connecting the unrelated, given that the majority of citizens in the world do not have and have never had any political rights). She equally explained that she was not naturalized in France due to the ‘oath of allegiance to the Queen’ (para. 14) she gave when employed by UK government. She claimed further that the automatic revocation of EU citizenship is incompatible with Article 20 TFEU and the principle of proportionality. The court decided to stay the proceedings and ask the ECJ whether UK nationals who lived in the territory of another Member State before the end of the transition period, especially those who had lived there for more than 15 years, can retain the rights of EU citizenship, and in particular the right to vote.

The first claim brought by the applicant is that she continues to be an EU citizen notwithstanding the UK’s withdrawal from the EU. The AG firmly rejects this claim, emphasising that Articles 9 TEU and 20(1) TFEU provide that EU citizens must be nationals of a Member State and that the EU has not been conferred the power to determine who is entitled to become an EU citizen. Instead, as the ECJ has recognised in previous rulings, Member States enjoy the power to determine who is a national and consequently who is an EU citizen (Rottmann, para 39; Tjebbes, para 30). From this, it follows that British nationals lost their EU citizenship and their right, as EU citizens, to vote and to stand as a candidate in municipal elections in their Member State of residence when the UK departed from the EU.

This should be uncontroversial. Of course, it is established case law that Member States must have due regard to Union law when exercising their competences in the sphere of nationality (Rottmann, para 41), so that the competent national authorities must, before revoking someone’s nationality and, in consequence, EU citizenship, carry out an individual assessment of the consequences of their decision in accordance with the principle of proportionality (Tjebbes, para 46; Wiener Landesregierung, para 51). But these cases, which have been criticised by many, inter alia, here, here, here, here, and here, concerned the decision of a Member State to withdraw its nationality, which then led to the loss of EU citizenship. In the present case, however, the loss of EU citizenship and the rights deriving therefrom is not a result of a decision of a Member State but, as the AG correctly observed, of ‘the sovereign decision of the United Kingdom to withdraw from the European Union’ (para 42). The case law on the loss and acquisition of EU citizenship evidently no longer applies to the UK authorities. Moreover – and this is what the AG does not mention – examples abound of such withdrawals, which is why the Surinamese, the Algerians, the Comorians and countless others are not EU citizens today. Once you are not a citizen of a Member State, you are not an EU citizen.

Any expectation that the French authorities engage in the individual assessment of the applicant’s situation is misplaced, and not just because the relevant case law has always been directed at the national authorities who caused the loss of EU citizenship and the rights arising therefrom (in this case the UK, not France). The obvious solution would be to obtain French citizenship. AG Collins pointed this out as well, in statement that suggests he had little sympathy for her claims:

It is, to say the least, paradoxical that whilst EP relies exclusively upon her links with France in order to sustain her claim that she is entitled to retain Union citizenship, she simultaneously declines to take the one step that could lead to her retaining her Union citizenship, namely the submission of an application for French nationality. Without her possession of the nationality of a Member State, France cannot recognise EP as a Union citizen.

Indeed, as with all third-country nationals, for UK nationals the route to EU citizenship is to naturalise and acquire a Member State nationality. The logic of naturalization may be in direct contradiction to the logic of non-discrimination on the basis of nationality, as has been long observed in the literature. Yet, it is unquestionable, that the willingness to discriminate precisely on that ground was at the heart of Brexit, preventing approaching UK nationals in the same way as EU citizens.

The applicant’s second claim is that if British nationals are not allowed to retain their rights to EU citizenship, or at least the right to vote and stand in municipal elections in their Member State of residence, then the Withdrawal Agreement must be declared invalid for being in violation of the principles and rights of EU citizenship. AG Collins also correctly dismisses the second claim, saying that there is no legal and factual basis to hold that EU institutions ‘exceeded the boundaries of its discretion in the conduct of external relations’ (para 74). In his view, ‘the loss of those rights is one of the consequences of the sovereign decision of the United Kingdom to withdraw from the European Union’ (para 70), which is not affected by the fact that some British nationals had exercised their right to move and reside freely as EU citizens prior to the UK’s withdrawal (para 71).

In this respect, it is important that AG Collins underscores that EU institutions may ‘legitimately enter into international agreements with their partners based on the principle of reciprocity’ (para 72). As we have argued before, ‘any future agreement between the EU and the UK on the rights of citizens should be based on reciprocity’. This principle provides the EU with the strongest tool to protect the interest of its own citizens in negotiations with the UK. By extension, the logic of the AG’s argument can definitely be applied to the national level too: once France and UK conclude a relevant agreement, the voting rights can be returned to the EP, just as the right to reside in France on the basis of her UK citizenship. If, on the other hand, the EU were to allow British nationals to retain their EU citizenship rights without the same guarantees from the UK authorities, the EU would be acting contrary to the interests of its own citizens and against the principle of fairness, by allowing British nationals to enjoy more substantive rights under EU law than EU citizens under UK law. Not observing the principle of reciprocity would also make the prospect of exit more attractive to other countries, by telling them that they can leave the EU without sacrificing the rights of their citizens. Therefore, the AG’s conclusion that reciprocity can be a legitimate cornerstone of EU external policy must be welcomed.

As has been abundantly clear before the publication of the AG’s Opinion, there is no legal basis for the assertion that nationals of a withdrawing Member State can retain their EU citizenship. We are confident, based on the law as it stands, that the ECJ will follow and clarify that it is an illusion to think like EP and her lawyers. Such a conclusion evidently does not approve of Brexit and the decision taken in the context of the UK democratic system to knowingly deprive all of its nationals of countless crucially important rights in the EU, thereby undermining the quality of UK nationality. It merely amounts to recognising, as AG Collins does, that the UK’s ‘sovereign choice to leave the European Union amounts to a rejection of the principles underlying the European Union’ (para 75), and that such a rejection will not be without consequences to the enjoyment of the most fundamental personal status the EU has to offer. 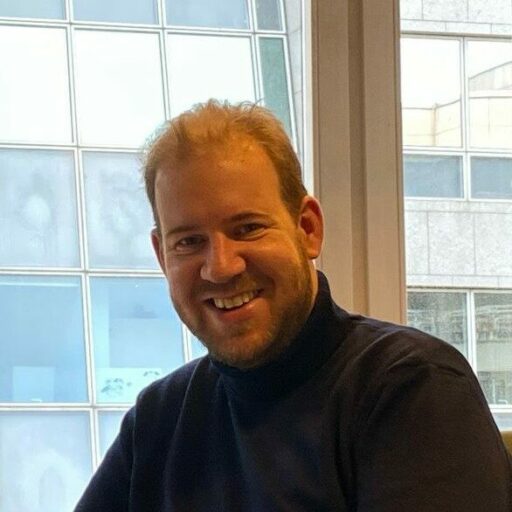