Why Poland and the United States Are Different

The past few months have seen some interesting developments involving civil society and what’s euphemistically called “court reform” in the United States. The prestigious American Academy of Arts & Sciences published a wide-ranging report on “reinventing American democracy for the 21st Century.”1) Among its many recommendations was one urging that Congress adopt a statute limiting U.S. Supreme Court justices to a single 18-year term. On June 30 three NGOs co-sponsored a virtual rally headlined by Senator Elizabeth Warren advocating for “court reform.” One of the NGOs favors term limits for Supreme Court justices, another expanding the Court (“court-packing”).

These developments should interest the international community of scholars of comparative constitutional law. Not that the reforms are likely to be adopted in the short run. They could occur only if Democrats achieved the “trifecta” in November’s elections of winning the Presidency, retaining control of the House of Representatives, and gaining a majority in the Senate. And, even if that were to occur, many Democrats, enamored of the Supreme Court because of their recollection of what it did to promote democracy during the Warren Court era, are at best uneasy about tinkering with the Supreme Court to achieve what they fear might be only short-term benefits, and quite a few are actively opposed to doing so.

Seeing Brown v. Board of Education (invalidating racial segregation of public schools), Roe v. Wade (protecting a woman’s right to choose with respect to abortion), and Obergefell v. Hodges (the marriage equality decision) as examples – historical and recent – of Supreme Court decisions protecting fundamental rights, these groups fear that packing the Court will further strengthen the view, already common, that the Court is “merely” another political actor. That in turn would make it more difficult for the Court to serve as what they believe to be an impartial defender of constitutional rights.

Advocates of court reform know that major court-reform projects have little prospect of success of course, but they also have in mind the possibility – confirmed by empirical studies by political scientist Tom Clark – that the mere existence of serious proposals to change the Court appears to induce moderating behavior by some justices. (That’s why they might not be discouraged by signals from recent decisions that the Court might not be quite as conservative as many thought it could be; they see the Court’s actions as responses to their advocacy rather than as indicating the absence of any need to pressure the Court.)

The new “court reform” movement is interesting no matter what its actual prospects are because it seems – but we think only seems – to fall within a broad category of challenges to constitutional courts brought by populists around the world. And, in many contexts, these populist challenges are rightly understood to be assaults upon judicial independence.

The most well-known recent example, of course, is Poland. After winning a parliamentary majority in 2015, the new Law and Justice (PiS: Prawo i Sprawiedliwość) populist government in Poland quickly identified the Constitutional Tribunal as a main “obstacle” to its plans. Jarosłav Kaczyński, the party’s leader, observed that “the reforms of the constitutional court were needed to ensure there are no legal blocks on government policies aimed at creating a fairer economy.” The government managed to render the constitutional court toothless by manipulating ordinary procedures to pack it with loyalists, which after one year resulted in gaining a majority over the Tribunal. As Wojciech Sadurski shows in his study of this transformation, the PiS appointed judges “effectively paralysed the CT, rendering it unstable to subject new laws to effective constitutional scrutiny.”

Court-packing was not the only process that PiS used to render the Tribunal subservient to its political will. A second strategy involved a series of legislative proposals clearly aiming at curtailing the Tribunal’s independence. In one year, from 2015 to 2016, the PiS-controlled Parliament adopted six new statutes on the Constitutional Tribunal, transforming it into “a positive aide” to the government. We have recounted only a small part of the complex and on-going story about court “reforms” in Poland motivated by hostility to prior judicial rulings and concerns about potential future ones. Even this snippet shows that the Polish story is one about a true assault on judicial independence, badly motivated and covered with at best a fig leaf of legality, if that.

The U.S. court-reform movement is different from the Polish one. It is not in any significant way anti-constitutional or illiberal. Proponents of court reform argue that the U.S. Supreme Court has adopted constitutional interpretations that are deeply wrong and has done so because its members are the products of a particular brand of constitutional interpretation associated with what they regard as extreme conservatives. As they see it, the Court has lost its way, and the best means of getting back on the path of real U.S.-style constitutionalism is court reform.

Of course some populists who seek to alter the composition of their domestic constitutional courts say pretty much what the U.S. advocates do. They too say that their courts have lost their way, have adopted interpretations of their constitutions that are inconsistent with the nation’s fundamental values, and stand in the way of adopting needed reforms.

In a forthcoming article, which we hope to convert into a book, we argue that addressing these kinds of claims is analytically tricky. We argue that it is mistaken to criticize such claims as necessarily anti-constitutional or assaults on a fundamental principle of judicial independence. Sometimes they are, as in Poland and Hungary, and sometimes they are not, as (we believe) in the United States.

Instead of discussing “court reform” at the relatively abstract level of “pure” constitutional design for independent courts, scholars should focus on the specific political contexts within which advocacy for court reform occurs, and the specific political agendas of those seeking court reform. That is, claims about courts having lost their way and the like have to be evaluated on their merits, substantively with reference to each nation, its own constitution, and its constitutional traditions. These constitutions and traditions, some old, some relatively new, are including commitments to democratic self-governance. And that means that we can’t rule out in principle the possibility that constitutional courts have indeed unjustifiably limited the ability of elected governments to advance the policy platforms on which they ran. In Duncan Kennedy’s words: “When I agree with a frustrated majority, and when the consequences of the exercise of judicial review are plausibly very dire, and when the specific court packing plan is sufficiently careful to avoid collateral harm, then I am in favor of a dramatic intervention … to ‘save the republic.’”

There’s a great deal embedded in our formulation and Kennedy’s, of course: For example, what are we to say when constitutional courts stand in the way of implementing policies that were not part of the winning party’s electoral platform? For present purposes we need not address such complexities, because our point is simpler. Conducting the discussion on the level of abstractions about constitutional design – “judicial independence” and the like – obscures the real stakes, which are about the substance of the court-reformers’ other policies.

That is true about many discussions of populism” as such. They seek to avoid discussing openly what are really political disagreements with the populists’ programs. From both a scholarly and a political point of view, that is a mistake.

Put it this way: If Poland’s PiS is an extreme right-wing party whose programs are deeply wrong, criticism of PiS’s policies should be placed upon that ground rather than on the ground that its policies are “populist,” “anti-institutional,” or even “anti-constitutional.”

Other posts about this region:
Polen, USA 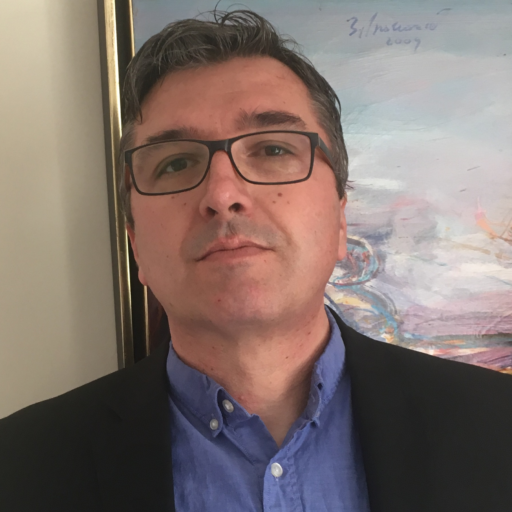 Other posts about this region:
Polen, USA 1 comment Join the discussion
pixel_not_set
Go to Top