Courts and Cannabis Sativa for Medical Purposes in Brazil

The Brazilian Superior Court of Justice – not the Federal Supreme Court – had recently decided that planting and transporting cannabis sativa aiming at extracting oil for medical ends shall not be treated as a crime. Contrary to the recent allegations of judicial activism made by President Jair Bolsonaro against the Brazilian judiciary, the Superior Court of Justice ruling is a good example of a decision based on the 1988 Constitution, the statutory law referred to in the case and several other authorities contributions, which all helped to construct the court’s arguments, as this post will show.

The Brazilian Anti-Drug Act criminalizes different activities related to drug trafficking. Conducts such as purchasing, keeping, storing, transporting and carrying drugs for personal consumption are treated as petty crimes – although subject to criminal sanctions, the penalties are softer and aimed at the treatment of addicted individuals (Article 28). However, activities that can propel and fund drug trafficking are banned rigorously with prison times that can reach up to fifteen years (Article 33). The debate on the decriminalization of drug usage in Brazil was halted by conservative agendas and punitive policies aligned with the current far-right government led by Jair Bolsonaro. Nonetheless, there remains room for discussion on the use of cannabis sativa with medical objectives.

The Broader Debate on the Usage and Carrying of Drugs

While the legislative agenda has been captured to avoid the controversial subject of criminalization of drugs in Brazil, courts sometimes adopted positions that are more open to change. The Federal Supreme Court, in 2015, began to rule on an extraordinary appeal (RExt 635.659) – a procedure for deconcentrated constitutional review – that will have general effects on the personal usage and possession of drugs. But the trial was suspended because of several requests from individual justices to postpone the deliverance of their opinions (as allowed by the Court’s internal norms). Up to now, Justice Gilmar Mendes defended that Article 28 of the Anti-Drug Act should be subject to a proportionality analysis and to a ‘declaration of partial unconstitutionality without affecting the text’ (declaração de inconstitucionalidade sem redução de texto), a technique used by the court to avoid the nullification of a legal norm by interpreting a meaning in which there would be no unconstitutionality. Hence, the usage and possession of any drug would not be criminalized according to Justice Mendes’s interpretation.

Justices Roberto Barroso and Edson Fachin delivered more restricted opinions, since they pointed out that the extraordinary appeal only involved the usage and possession of cannabis sativa, and not any drugs, as argued by Justice Gilmar Mendes. Nonetheless, Justice Roberto Barroso was also creative, as he – much in a sense of an additive judgment of the Italian Constitutional Court – specified the amount a user was allowed to carry without being criminally punished: 25 g.

With the far-right capture of the political discourse, the discussion in the Federal Supreme Court on the criminalization of drugs was halted. Different chief justices avoided putting the judgment on the court’s agenda. When in 2019 it should finally be ruled upon, the trial was again suspended for an indefinite period of time. Meanwhile, the National Congress strengthened the perspective of a war on drugs enacting Law 13.840 of 2019, which changed the Anti-Drug Act to concentrate more powers on the central government to fight drug trafficking and created other alternatives for dependence treatment, such as involuntary internship. At the same time, at least two bills aiming at the decriminalization of usage and carrying of cannabis for general purposes were not subject to deliberation in the House of Representatives. Against all that, possession and usage for medical treatment, however, was constantly debated and needed clearer boundaries.

Before discussing the cases of cannabis sativa usage for medical aims, a normative caveat must be made: The Anti-Drug Act is what criminal lawyers would describe as a blank norm for criminal regulation. It depends on a derivative norm, usually in the form of an administrative act defining a list of drugs that have relevance for criminals ends. Usually, in Brazil, the National Sanitary Monitoring Agency, ANVISA (Agência Nacional de Vigilância Sanitária) is the authority producing those acts. The Ordinance 344 of 1998 is the main regulatory basis that is constantly updated. In 2019, the Board Resolution 327 regulated the authorization by ANVISA for importing, manufacturing and trading products derived from cannabis for medical purposes. In 2021, the Board Resolution 473 updated the Ordinance 344 of 1998, still keeping the usage of cannabis illegal, but provisioning for exceptions related to medical objectives. Board Resolution 660 of 2022 allowed the import of cannabis medicines by individuals for health treatments.

Still, those regulations are not efficient for an unequal and poor society such as Brazil. The medicine is expensive, so many people cannot afford importing them. Thus, individual citizens and civil society organizations kept on filing lawsuits and receiving contradictory injunctions by diverse courts throughout the country. In 2021, an estimate indicated around 300 cautionary orders in Brazilian courts. In the Brazilian Senate, four bills aim at regulating the subject. But health urgencies are pressing people to rely on courts.

The Superior Court of Justice and the Cannabis Case

Against this background, the Superior Court of Justice recently held on an important case that involved an appeal on a writ of habeas corpus in which a claimant aimed at not being criminally charged for planting and transporting cannabis sativa in order to extract oil for medical purposes. His petition was firstly denied by a foot judge, then granted by a federal court, prompting prosecutors to appeal to the Superior Court of Justice.

One must bear in mind that a decision from the Superior Court of Justice can have persuasive effects when it comes to criminal cases: It will not be binding outside the legal procedure, but it will surely motivate other judges to decide uniformly until a possible final appeal can be made by the Federal Supreme Court. Besides, it is important to differentiate the role of the Federal Supreme Court, usually associated with the protection of the 1988 Constitution and the role of the Superior Court of Justice, which is directed to uniform the interpretation of the federal legislation in the whole country.

The two leading opinions of the unanimous decision raise important arguments. Judge Rogério Schietti, the rapporteur of the case, mentioned that the Brazilian legislation has been having provision for more than forty years that indicate that public authorities can plant, cultivate and harvest cannabis for scientific and medical purposes. He referred to the previous Anti-Drug Act, Law 6.368 of 1976 enacted during the 1964-1985 dictatorship. Nonetheless, no specific regulation was enacted since then. He remembered that ANVISA, in 2019, dropped a resolution for the cultivation of cannabis and that the Ministry of Health also indicated that it would not mobilize itself in regulating the matter: both situations show an intentional omission. No criminal approach, however, should be imposed in this matter. The absence of proper regulation, suitable to make the usage safer for the patients, shall be interpreted as a risk they must embrace. Plus, both domestic and international authorities have been changing their approach to treat cannabis as a medicine plant. For Judge Schietti, the conducts of the claimants were not criminally relevant. Their acts do not indicate a willful misconduct of preparing narcotic substances, and they also do not infringe the criminal assets protected by the Anti-Drug Act. Much to the contrary: what is at stake is their constitutional right to health (1988 Constitution, Article 196).

Judge Sebastião Reis also mentioned that the Anti-Drug Act provisioned for the usage of drugs with medical aims in Article 2, sole paragraph. So, if, for now, recreative usage is prohibited, the same cannot be concluded from the medical application of cannabis, which only depends on the regulation by public authorities, which are the legislative branch and the executive branch’s sanitary organs. In his view, the criminal persecution in these cases is blatantly illegal.

No Case of Judicial Activism

The Superior Court of Justice’s ruling is not a case of judicial activism. While the Federal Supreme Court opinions on drugs general usage are debatable so far, there should not be too much quarrel when it comes to the application of cannabis for medical ends. And that is a conclusion based on three arguments.

Firstly, there already is a statutory provision establishing that the cultivation of drugs for medical purposes shall be regulated. This happened in 1976 and, again, in 2006. In that sense, there is a public duty for both the legislature and the administrative organs, following the Brazilian tradition, to provide for specific norms for individuals to cultivate cannabis with medical objectives. At stake is an omission by public bodies that shall be remedied by courts.

Secondly, following the Portuguese tradition, the 1988 Constitution provides for different remedies against unconstitutional omissions. Not only acts that contradict the constitution are unlawful, but also omissions that infringe fundamental rights. As the Superior Court of Justice held, there is a right to health with constitutional hierarchy that has been violated when no further regulation protects people in planting and using cannabis with medical recommendation.

Thirdly, there has been a previous debate on legislative, administrative, and judicial bodies feeding the work of both superior courts in Brazil, the Federal Supreme Court and the Superior Court of Justice. The recent ruling made by the latter tribunal is not an innovation, but just a form of moving on with the interpretation of legislation and the 1988 Constitution in Brazil. 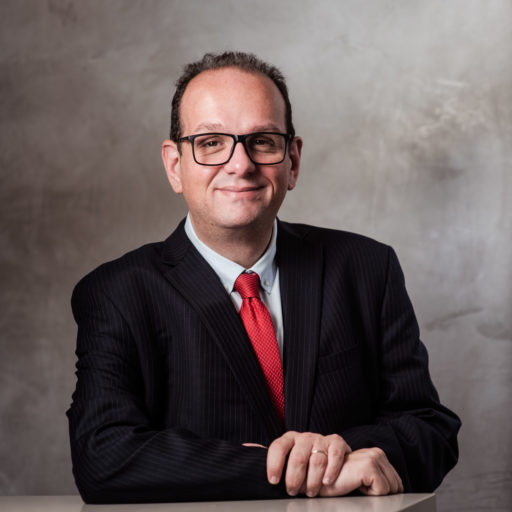