Diversity, the Family and Legal Reform in Contemporary Europe

On 4 September 2019, a Frankfurt court ruled that Germany must recognize marriages involving minors that had been concluded within the EU. The case involved a couple who had married in Bulgaria and now resides in Germany. The bride was 17 when she wed. The case throws into sharp relief hidden assumptions within the broader debate about ‘child marriage’ that has occupied German politicians and commentators over the last two years. These assumptions matter because they reflect broader European and international popular and political discussions as well as laws. But they also matter because they ignore a number of important developments over the last century across much of the world in reforming family law.

In June 2017, the German parliament approved a law that banned marriages involving minors. The policy declared all existing marriages of this kind void, including those conducted abroad, except select marriages involving individuals over the age of 16. By summer 2018, the Christian Democratic Party’s Bavarian wing, the CSU, put forward a related proposal to ban polygamy, including polygamous marriages that had already transpired legally abroad. Since then, a new law passed this summer has banned people in polygamous marriages from becoming German citizens. Meanwhile, a case sits before Germany’s constitutional court to decide the fate of a marriage involving a fourteen-year-old girl who moved from Syria with her husband to Bavaria and, with it, the future of the 2017 law on child marriage.

These policies were clearly targeted at unions involving the predominantly Muslim ‘wave’ of nearly one million immigrants that has come to Germany in 2015 as part of Angela Merkel’s open-door policy following the humanitarian crisis of the Syrian civil war. In this context, the focus on ‘child marriage’ and polygamy has pointed to a specific and connected set of issues. On the one hand, recent German discussions about immigration and the family have sought to preserve a particular image of childhood as innocent – of sexuality, of the hardships of adult life like providing for subsistence, a home and – as in the case of many of these children – fleeing war. On the other, they aimed to protect the most frequent (but not sole) ‘victims’ of child marriage: girls.

In sum, marriages involving minors seemed to clash with supposed German (and, by implication, broader European) values of freedom to choose one’s life course – when one is deemed emotionally and mentally mature enough to do so, and freedom from subjugation. By implication, only individuals from non-Western, and supposedly unreformed or unmodern cultures would embrace practices like child marriage.

This story is hardly new to European, or indeed German considerations about the nature of the family, and with it, women’s and children’s roles, around the world. Knowing more about this history can help us to unpack the assumptions underlying current political discussions and legislative initiatives related to marriage, the family and immigration. To be sure, child marriage, polygamy and the burning of widows were the focus of various nineteenth-century European campaigns to reform law and custom in their colonies. For example, the 1886 case of Rukhmabai focused on the forced marriage of an eleven-year-old girl in India, who not only succeeded in escaping her matrimony but also moved to England and became a doctor. Concerns about supposedly non-Western norms of gender and the family like polygamy also meant that European women were routinely dissuaded or outright prevented from marrying colonial subjects and other ‘non-European peoples’ alike, as recent research on the history of intermarriage has revealed for the nineteenth and twentieth centuries.

Not least, international law – as spearheaded by groups of European lawyers in the nineteenth century as well as UN conventions in the twentieth – has focused on reforming the treatment of women and children, with a special focus on rights and freedoms. For example, the 1979 Convention on the Elimination of all Forms of Discrimination against Women guarantees the free choice of women in their employment, and the 1989 Convention on Rights of the Child defines childhood as lasting until the age of eighteen and guarantees children special privileges such as the right to an education. The 1948 United Nations Declaration of Human Rights (Art. 16) has also called for protecting the sanctity of the family due to its function as the ‘natural and fundamental group unit of society’.

These provisions point to a paradox within discourses about the supposed superiority of Western family values and aim to outlaw foreign familial practices in Europe. The focus on non-Western ‘barbarism’ in the treatment of the family, women and children, has gone far to obscure European injustices in the same domains. As Joan Scott has recently argued, patriarchy – often informed by assumptions about Judeo-Christian values – drove European law and politics throughout the nineteenth and into the twentieth century – despite arguments to the contrary about the creation of secular and presumably liberal states.

Instead, European laws were often predicated on Christian ideas about familial roles and duties and meant that married women across much of Europe were unable to have their own citizenship (separate from that of their husband) or hold jobs without their husband’s permission until the middle decades of the twentieth century. Women were supposed to be members of a single legal family unit, without their allegiance torn between different nations, and with caring for children and the family as their main responsibility. For example, French women automatically lost their citizenship and gained that of their husband until a legal reform in 1927, while Dutch women waited until 1964 for their individual right to citizenship. And, as late as 1991 and 1992 respectively, the United Kingdom and Switzerland still permitted rape within marriage. Not least, under certain circumstances, ‘child marriage’ is allowed in a number of European countries – despite European Union and United Nations campaigns to end the practice . The same is true elsewhere in the ‘West’, such as the United States.

Recent reforms around the globe

The decision in Frankfurt – about a pair from Bulgaria, a recent member state of the European Union, and a country from the former Eastern bloc – unearths the messiness of these longstanding and continuing tropes about ‘Western’ superiority (often cast in the light of ‘modernity’ or ‘liberalism’) when it comes to the protection of the family, women’s and children’s rights. So, too, does the fact that many countries around the world – but not, significantly, the United States – have signed onto international agreements like the Convention on the Rights of the Child.

And, not least, there is the often overlooked reality that a number of countries across the Middle East and North Africa, which have often been the target of recent European discussions about women’s and children’s rights related to the family, have instituted substantial reforms related to the family and women’s and children’s rights. For example, already in 1926, the new Republic of Turkey introduced a civil code modelled on Switzerland’s that secularized family law. Meanwhile, in the 1920s, Egypt introduced new laws on marriage and divorce that aimed to improve the position of married women, and by 1979, polygamy was made a ground for divorce. And, CEDAW was widely ratified around the world, for example, in, Libya (1989), Algeria (1996) and Afghanistan (2003). More recently, in 2017, Tunisia, Jordan and Lebanon introduced new laws to the effect that rapists could no longer be exonerated upon marrying their victims. Relatedly, though slightly further afield, India declared talaq – unilateral divorce by repudiation under Islam – a criminal offence just a few weeks ago.

The Frankfurt case earlier this month has – for the moment – resolved some of the debate about the legality of ‘child marriage’ in Germany. However, it will not provide resolution to more deeply entrenched fears in Germany, and Europe more generally, about the nature of the family and possible incursions from other cultures around the world. Indeed, this month also saw Victor Orbán’s government reaffirm its commitment to a particular brand of pronatalism which embraced ethnic Hungarian procreation over immigration (and the subsequent reproduction of immigrant minorities). It seems that the nature of the family – what it looks like, who can marry and how – will remain at the centre of European politics, as it has been since at least the late nineteenth century. 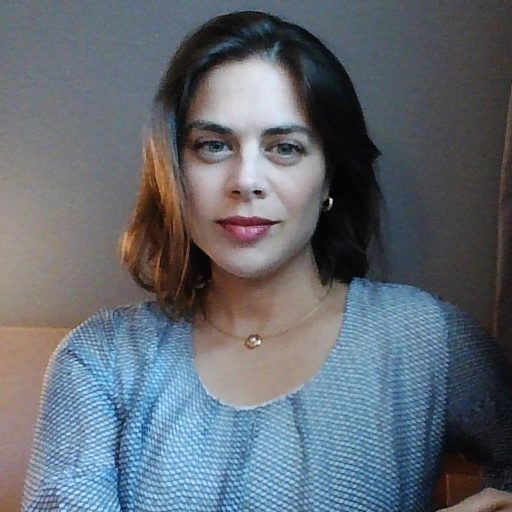 Other posts about this region:
Deutschland, English Articles, Europa 1 comment Join the discussion
Go to Top