Between the Scylla of Terrorism and the Charybdis of the Police State: on the new French Anti-Terrorist Legislation

The debate over the new French anti-terrorist legislation, adopted on 3 June 2016, gives one more or less a sense of déjà vu. From the anarchist movement of the late 19th century to the “grand banditisme” and from the separatist or Marxist extremism of the late 70s to the current Islamic fundamentalism, the storyline is basically the same, in France, as elsewhere: an appalling criminal event or phenomenon gives birth to a – usually “exceptional” – liberticidal law (lois “scélérates” of 1893-1894, loi “sécurité-liberté” of 1981, antiterrorist laws of 1986 and 1996, loi “Perben 2” of 2004, just to mention some of the most mediatised cases), which in practice proves to be sometimes less exceptional than expected. When liberal reflexes of the society are powerful enough, such laws are sooner or later, partially or wholly, de jure or de facto abrogated, until a new atrocity justifies a new “exceptional” legislative arsenal, and so forth. This legislative evolution is commonly preceded and accompanied by polarised public debates, where – to borrow the terms of Stanley Cohen – “moral panics”, translating the rule of law into a mere obstacle for public safety, clash with “states of denial” with regard to the need for any criminal policy to correspond to its historical context and to offer effective protection of legal goods.

The law of 3 June 2016, the third French antiterrorist law in three years, was debated for four months and voted by an impressive majority both in the National Assembly and the Senate. It contains more than 100 articles. For its defendants, this law brings the “state of emergency”, proclaimed after the 13 November attacks, to an end, providing the State with a strong, but respectful of the rule-of-law, toolbox against terrorism. For the detractors of the law, one should see behind the lines a mere perpetuation of the “state of emergency”, without, in addition, any significant advantage in terms of efficiency in the fight against terrorism.

To a certain extent, both sides are right. On the one hand, it is true that, after eight months of “state of emergency”, with several and serious alleged cases of disproportionate use of police force, the adoption of the new law signals a return to normality, or at least to normativity. Moreover, some of the most contestable innovations of the initial project – such as the notorious proposal on the deprivation of nationality or the offense of “intentional stay in a terrorist theatre of operation” – were finally abandoned, while it can be argued that, during such times of objectively heightened threat of terrorist attacks, a certain reinforcement of police investigatory powers can be both normatively and politically justified. On the other hand, it is rather obvious that the phrase “improvement of the efficiency and the safeguards of the criminal procedure”, which appears in the title, is a euphemistic cover for a law, which enacts a more or less regulated “criminal law of the enemy”. The basic purpose of the law is quite clearly to empower the executive (police and prosecution services) with investigative tools formerly reserved to the judiciary. Whether such a transfer of powers is justified or not, the fact is that the “country of human rights” actually now has today the most authoritarian anti-terrorist legislation in the European Union.

The controversial provisions of the new law can be divided into two categories: Firstly, there are measures introduced that are contentious in themselves, both as far as their fairness and their utility are concerned. For example, life sentence without parole (at least for the first 30 years, and under very strict conditions afterwards), not only revives the spectre of capital punishment, but it also doesn’t seem particularly dissuasive against terrorists who, on most occasions, seem ready to die for their cause. Similarly, the offence of “regular consultation” of terrorist websites not only restricts seriously the right to information (even under the “lois scélérates”, only the diffusion of anarchist propaganda was incriminated; not its consultation) and reverses in practice the presumption of innocence (the accused has to prove that his consultation of “terrorist websites” was innocently motivated), but it also seems to be of fairly limited utility as well, especially against well-organised terrorist networks, which usually use more elaborate means of communication than consulting “terrorist” blogs and websites. Besides, it is highly questionable if imprisoning a person who consulted a pro-terrorist website will indeed facilitate his/her de-radicalisation.

The second category consists of measures, which are probably less shocking as a mere possibility in case of a “true” emergency, but are certainly more dangerous for the rule of law overall, since they are prone to generalised abuses and authoritarian appropriations. Such measures include, for example, the introduction of a four-hours police detention with no access to a lawyer; the transfer to the prosecutor – upon authorisation of the judge for freedom and detention – of special investigatory powers formerly reserved to the investigation judge (wire-tapping, night domicile searches, video-surveillance, etc.); a semi-generalised possibility of nude body searches in prisons. Indeed, what is truly problematic with such measures is not their exceptional use but their normalisation. A normalisation which is, if not unavoidable, highly probable, not only because of the lack of sufficient control of police action, but also because of the decidedly polysemic and undefinable nature of concepts such as terrorism and organised crime. For example, with regard to organised crime, the measures adopted by the law Perben 2 in 2004 had been considered indispensable to fight mafia-style phenomena; however, the legal notion of organised crime adopted by the same law covers cases which are hardly distinguishable from the classical notion of complicity. For its part, terrorism is not much better defined. Despite the unanimous outcry against the declarations of Pierre Gattaz, president of the MEDEF (the main employers’ federation in France), when he publicly denounced the CGT union as “terrorists”, it is true that the “terrorist act” offense is fairly broadly defined. It can cover situations that are clearly out of the stereotypical image of terrorist crimes, some of which might justify, morally and politically, the recourse to exceptional repressive measures. For example, according to Amnesty International, the abuse of police powers in France during the state of emergency concerned, apart from ethnic and religious minorities, even climate change activists and radical left syndicalists who had never been subjected to any investigation, nor had they been charged or convicted for any crime.

In 1938, some months before the outbreak of World War II, Henri Donnedieu de Vabres worried about the impasses of liberal criminal policy systems in terms of efficiency, recognising nevertheless the moral superiority of these systems compared to the more flexible authoritarian ones. Today, we stand once more before a decisionist mutation of criminal law, in the name of efficiency against an extraordinary criminal phenomenon. “Everything has already been said and everything has to be said again”; not only because of humanity’s deafness as André Gide believed, but also because the same problems reappear in different historical and political contexts and need possibly different approaches and solutions. However, an umpteenth tentative to provide a holistic theory on the links between norm and exception, rule-of-law and state of emergency, freedom and security, delinquency and war or criminal and enemy, seems to have little to offer in such an uncertain political environment as the current one. In order to proceed to an – anticipated – evaluation of the new French antiterrorist law, it seems more appropriate to opt for a “middle-range” theoretical perspective, assessing, one by one, the innovations of the new legal framework, verifying their conditions of applicability and estimating, under the light of a coherent interpretation of fundamental principles of substantive and procedural criminal law, their potential efficiency in achieving their declared goals. In such a perspective, some of the measures taken by the French legislature on the 3rd of June can be understood as a rational response to the current terrorist threat. The question, however, is how one can guarantee that these rules will be applied proportionately and exceptionally, only in order to tackle real terrorism and serious organised crime. Indeed, there is an evident risk of an “autopoiesis” of a more general police state regime, targeting and excluding minorities, assimilating delinquency with deviance, confounding dangerousness with responsibility. Such an evolution will not only be morally inacceptable but also “inefficient”. It should not be forgotten that authoritarian criminal policy can be criminogenic itself. Not only because anti-state and state – or para-state – terrorism are two faces of a same coin (or perhaps a same face of different coins), but also because, as history has shown in several occasions, action leads to reaction and violence leads to violence in a dialectic way. If we accept that the real target of the terrorist attacks attributed to the ISIS was the occidental conception of freedom and of human rights, we must admit that, in that sense, the terrorists marked, even partially, a victory. Let this victory be a Pyrrhic one.

DOWNLOAD PDF
LICENSED UNDER CC BY NC ND
SUGGESTED CITATION  Rodopoulos, Ioannis: Between the Scylla of Terrorism and the Charybdis of the Police State: on the new French Anti-Terrorist Legislation, VerfBlog, 2016/7/12, https://verfassungsblog.de/france-terrorism-emergency-rodopoulos/, DOI: 10.17176/20160712-161103. 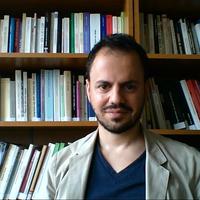