From Romania with Love

The CJEU confirms criteria of independence for constitutional courts

The CJEU judgment of 21 December 2021 (C-357/19 and others, Euro Box Promotion) explicitly extended the Union’s requirement of judicial independence to constitutional courts for the first time. The ‘Romanian’ ruling carries an important message for the Polish government on how the EU legal order might react to the recent rulings of the Polish Constitutional Tribunal (CT) negating the primacy of European Union law (cases P 7/20 and K 3/21) and to the fact that the Polish CT is not a court established by law within the meaning of Article 6 ECHR anymore (see ECtHR judgment Xero Flor). As a consequence, Euro Box Promotion confirms the right and the obligation of national courts to disregard constitutional court rulings that violate EU law.

The CJEU sees a systemic risk of impunity for serious fraud and corruption affecting the financial interests of the Union in this situation created by the jurisprudence of the Romanian CC. EU Member States, are bound by their treaty obligations (i.e. Article 325(1) TFEU) to combat those offences with effective, proportional, and deterrent measures. In the Romanian context, the CJEU assessed that the overturning of previous convictions may systemically weaken the criminal law response to the committed acts required under EU law. In this situation, Romania is not fulfilling its treaty obligations. For this reason, the CJEU confirmed the authority of national courts to disregard provisions of national legislation and decisions of the constitutional court if they lead to a result that is incompatible with Union law.

The Union’s financial interests above all?

Since the reason for the Romanian CC to set aside the criminal convictions was that the court formations were incompatible with national law, one might think that fighting offences against the Union’s financial interests takes precedence over the requirement of a court established by law. Yet, such an interpretation is unfounded for two reasons.

First, the CJEU has expressly confirmed that the national court trying such offences is obliged to respect the accused’s right to a fair trial before a court that meets the requirements of EU law, including the requirement that the court be established by law (Article 47 of the Charter of Fundamental Rights). Yet, in the Euro Box Promotion case, the CJEU held that the infringements of the national standard were not of such a fundamental nature that they could amount to a violation of the standard of a court established by law in line with the CJEU Simpson judgment (echoing in that regard i.e. the ECtHR judgment in Ástráðsson). That would require a manifest breach of the fundamental rules governing the appointment of judges in the Member State in question, which could raise reasonable doubts as to the independence of judges so appointed.

Second, the national standard for the protection of fundamental rights cannot be higher than the EU standard as it cannot impair the primacy, uniformity, and effectiveness of EU law (Melloni/Fransson test). Thus, if the jurisprudence of the national constitutional court introduces additional requirements of specialization or staffing of the courts adjudicating corruption cases, which exceed the Union standard and may even involve the risk of impunity for perpetrators of acts whose prosecution is required by Union law, such jurisprudence should not be applied since it would weaken the effectiveness of Art. 325 (1) TFEU.

In the Euro Box Promotion judgment, the Luxembourg Court has ruled for the first time that constitutional courts of Member States are also covered by the EU’s requirements of independence under the principle of effective judicial protection laid down in Art. 19(1) TEU, Art. 47 of the CHFR, and Art. 6 of the ECHR.

The CJEU held that decisions of a constitutional court are binding on ordinary courts, provided that national law guarantees the independence of that court vis-à-vis in particular the legislative and executive branches. That means i.a. that the guarantees of independence and impartiality presuppose rules, particularly as regards the composition and the appointment of the body, the length of service and the grounds for abstention, rejection, and dismissal of its members, that dispel any reasonable doubt as to the imperviousness of that body to external factors and its neutrality with respect to the interests before it. As a result, the Simpson/Ástráðsson criteria of a court established by law also fully apply to the composition and appointment of constitutional courts.

It should be recalled that in the judgment Xero Flor, the ECtHR found that the process of appointment of three judges to the Polish CT in December 2015 occurred in breach of fundamental rules forming an integral part of the establishment and functioning of the system of constitutional review in Poland. The gravity of this breach gives rise to a reasonable doubt in the minds of individuals as to the independence and the impartiality of the judges concerned. In response to the Xero Flor ruling, the Polish CT claimed in a judgment of 24 November 2021 (case K 6/21) that it does not have to fulfill the criteria of independence as set out by the ECtHR. That is because the Polish CT believes that as a ‘tribunal’ it is not covered by the guarantees of a ‘court’ under Art. 6 ECHR.

In three other judgments concerning different chambers of the Polish Supreme Court, the ECtHR confirmed its Xero Flor findings for the Disciplinary Chamber (Reczkowicz), the Chamber of Extraordinary Control and Public Affairs (Dolińska-Ficek and Ozimek), and the Civil Chamber (Advance Pharma). When adjudicating, the ECtHR ignored the authority of some of the Polish CT rulings not only due to the CT’s arbitrary conclusions, but also because of the participation of persons elected to the CT in the manifest breach of domestic law.

Since the requirements of effective judicial protection constitute the primary criteria for considering a body to be a ‘court’, a body which does not meet them cannot rule on EU matters at all. Such a constitutional court is not in the position to provide effective legal protection required by the second subparagraph of Article 19(1) TEU. And although the Romanian CC was deemed to fulfill the independence criterion, the CJEU stated that rulings of a constitutional court which would not fulfill them would be defective within the scope of application of EU law and thus its ruling should not be applied by other domestic courts when deciding on matters covered by EU law. The fulfillment of the requirements of effective judicial protection is thus a condition for the binding force of the CT rulings on other national courts.

A national court is authorized to take a stand-alone decision in that regard and European Union law provides a sufficient legal basis for this. That follows directly from the principle of primacy of Union law, which necessitates the limitation or exclusion of legal effects of an act that is contrary to Union law. In light of this principle, a decision by a constitutional court that does not meet the requirements of effective judicial protection becomes ‘invisible’ from the perspective of EU law. A similar effect is produced by a ruling of a constitutional court which is contrary to EU law in substance. Such a ruling becomes thus inapplicable for other courts in the sphere of EU law.

In its judgment in the Romanian case, the CJEU also held that a judge who, relying on the principle of the primacy of Union law, refuses to follow a judgment of a constitutional court that is incompatible with that law must not be retaliated against, e.g. in disciplinary proceedings by national authorities for that reason.

Consequences for the Polish Constitutional Tribunal

The relevance of the substantive findings in the Euro Box Promotion judgment for the activity of the Polish CT appear obvious since the 2021 rulings of the Polish CT on EU law (P 7/20, K 3/21) are incompatible with the law of the Union in terms of content and were delivered by panels that do not meet the requirements of effective judicial protection.

For this reason, the CJEU’s conclusions can be directly applied to the activities of the Polish CT. The Euro Box Promotion ruling thereby supports the infringement procedure recently initiated by the Commission against Poland in relation to the CT’s 2021 rulings concerning the primacy of EU law. The Commission claims that the CT no longer meets the requirements of a tribunal established by law, as required by Article 19(1) TEU. But prior to the Euro Box Promotion case, it was not clear whether a constitutional court must also fulfill those EU law standards. Now the CJEU has shown the Commission a clear green light. When combined with the ECtHR Xero Flor ruling, the infringement seems very plausible.

A system based on mutual respect

The Romanian judgment may open the door for other reactions of the EU legal order in case of systemic infringements of structural EU principles or values. For the first time, the CJEU stated expressly that the Union can only respect the equality of member states under Article 4 (2) TEU if Member States, by virtue of the principle of the primacy of Union law, are unable to enforce any sort of unilateral measure against the Union legal order.

This explicit statement is probably a reaction of the Court to the use of national constitutional courts to defend political decisions of governments, which cannot be reconciled with the fundamental requirements of EU law. The message from the CJEU in the Euro Box Promotion case for these Member States is clear: as far as the EU legal order is concerned you can be treated differently than other Member States.

The consequences of this unequal treatment in the future may go far beyond the waiving of mutual trust in the context of the functioning of the EAW (the C-216/18 LM – two tier test). Since the Polish authorities unfortunately still ignore the CJEU and ECtHR judgments concerning the independence of Polish courts, Poland will probably be the first Member State to experience those far-reaching consequences of this CJEU conclusion. The first  manifestation of this development is the application of the LM test (C-216/18 PPU) to the EU system of protection of competition law. In the Sped-Pro case (T-791/19) the EU General Court for the first time ordered the Commission to examine whether the Polish competition authority and the competition court are independent enough to offer effective protection to a company which derives rights under Art. 102 TFEU against a state-owned company having a dominant position on the market. The reason for this judgment is the systemic rule of law problem in Poland. Such an examination would not be required in relation to other Member States. Unequal treatment of Member States systematically infringing on EU values and structural principles is thus becoming a reality. 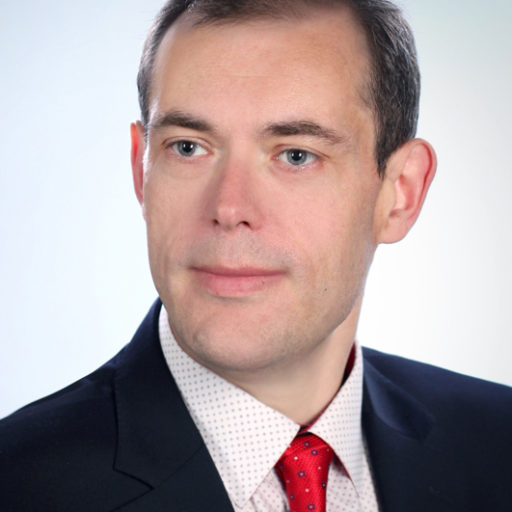 Paweł Filipek Dr. Paweł Filipek is Visiting Fellow at the Max Planck Institute for Comparative Public Law and International Law and an Assistant Professor (Chair of Public International and European Law) at the Krakow University of Economics.

Maciej Taborowski Dr hab. Maciej Taborowski is an attorney-at-law, an assistant professor at the Department of European Law of the Institute of Legal Studies of the Polish Academy of Sciences, and Deputy Ombudsman of the Republic of Poland.