Frontex and the Rule of Law Crisis at EU External Borders

A Question of Legal Design?

The resignation of the Executive Director of the European Border and Coast Guard Agency (hereinafter: Frontex or Agency) at the end of April 2022 re-opened Pandora’s box with regard to the adequacy of the accountability mechanisms on the Agency. The turmoil was caused by several allegations of breaches of the law, which seems to be confirmed by the OLAF report, leaked at the end of July 2022. Notable examples include workplace harassment, alleged fraud in public procurement, delays in hiring fundamental rights monitors, and ignoring recommendations and opinions of the Fundamental Rights Officer (FRO); last but not least, covering up push-back operations conducted by Greece and other Member States.

The aim of this blogpost is, first, to discuss the emergence of a rule of law crisis in border management and, second, to lay a finger on issues regarding both internal and external oversight mechanisms over Frontex, with special attention for the composition of the Management Board, the very first oversight body within the Agency. Between the rule of law crisis and oversight instruments there is a relation, in the sense that the lack of effective oversight mechanisms is concurring to cause, next to other factors, a rule of law crisis at the external borders of the EU. This contribution argues that the rule of law crisis in border management is nothing but a chronicle of a crisis foretold. As aptly argued by Gkliati, the growth of powers of Frontex has not been matched by adequate accountability mechanisms, which still lag behind. The vicissitude concerning the conduct of its Executive Director offers new arguments for this analysis.

In scholarly debate, there is an emerging awareness of a rule of law crisis affecting refugee protection and border management practices in the EU. Beyond the constitutional capture of illiberal governments, the rule of law crisis can equally embrace consolidated institutional and organizational failures –also at the domestic level- leading to breaches of European, international and domestic constitutional law. Shifting our focus on the European administration, i.e., agencies, the rule of law crisis in border management consists of the emergence of a gap between the law governing the activities of the agency and its actual practices. The lack of adequate oversight mechanisms concurs in failing to embed the autonomy enjoyed by agencies (and the discretion of its governing bodies) into a sound rule of law framework. For example, the legal framework explicitly integrates fundamental rights into its mandate (see, e.g., Recitals 103 and 104, and Arts. 1, 3, 46, 80 European Border and Coast Guard Regulation). Irrespective of this, Frontex is systematically involved in fundamental rights violations. In this case, there is a gap between the law and border management practices.

This is a manifestation of an ‘endogenous’ rule of law crisis, internal to the EU administration, that should be distinguished from a more ‘exogenous’ crisis; in the latter case, migration agencies operate in border areas where systemic fundamental rights violations occur but should be reconducted to the activities of states’ agencies, and, in some instances, are an expression of domestic systemic failures.

Several institutional reports, published by the European Parliament and the anti-fraud office OLAF in particular, concur in providing evidence of this rule of law crisis, following-up investigations originating from the input of civil society criticising the systemic border violence of which Frontex is part. The Parliament, through its Frontex Scrutiny Working Group (FSWG) in particular, has condemned practices in contrast with the legal framework, amounting to severe breaches of fundamental rights in different Member States – cooperating in pushbacks conducted by Greece during Frontex Joint Operations-, and a continued failure in mainstreaming fundamental rights protection into its operations, since Frontex disregards the opinions and recommendations of its FRO. Moreover, even when the breaches are committed by states, the Agency does not respect its legal framework concerning the internal incident reporting system and follow-up investigations.

The FSWG’s Report evidenced several serious shortcomings in the management of the Agency, violations of internal rules concerning incident reporting  – with re-classification of incidents with the aim of circumventing the role of the FRO – and a Management Board aligned with the Executive Director.

Which rule of law for EU agencies?

The meaning of rule of law in the context of administrative governance is, in essence, to control that the exercise of administrative discretion – an expression of the autonomy of the agencies – does not lead to arbitrariness. Agencies shall operate under the paradigm of ‘limited government’, meaning that the exercise of powers is constrained by the respect of the legal framework. Therefore, the evolution of the EU administration, beyond the original coordination paradigm, should be taken seriously, and also be assessed through the lens of the rule of law. This is important for all different functions exercised by EU agencies, ranging from operational tasks to risk assessment, and for their role as an information hub and operating AI-based databases, as will be highlighted by Sarah Tas and Amanda Musco Eklund in their forthcoming blogposts. Furthermore, considering the composite and hybrid nature of these administrative processes (joint operations, cooperation on returns, screening procedures, cooperation with third countries), a crucial objective of this reflection is that situations of escape from judicial scrutiny should be avoided. Indeed, escape from such scrutiny would eventually mean escaping the authority of the law.

Therefore, this facet of the rule of law crisis in border management suggests that reflection is needed on the existing accountability and control instruments. This must encompass both internal and external controls, verifying whether they are effective in ensuring that the exercise of regulatory autonomy does not lead to arbitrariness; indeed, by prohibiting (individually or collectively) access to the territory, the activities of the administration affect persons. In turn, affected persons must have effective remedies at their disposal to protect their legal interests. However, having regard to the other blogpost of this debate, this blogpost only discusses the composition of the Management Board, before concluding on the necessity of a more ample discussion on how to re-design accountability and controls on Frontex.

The composition of the Management Board: a problem of legal design?

The primary task of the Frontex Management Board is to exercise oversight over the Agency: “The Commission and the Member States should be represented within a management board to exercise oversight over the Agency” (Recital 106 of the 2019 Frontex Regulation). It can be noted that recent events have raised questions about how the Management Board conducts its mandate. Indeed, if allegations of serious misconduct by the agency in its operations in Greece are proven, and if these are the basis of Leggeri’s resignation (the alleged incidents took place in 2020), the Management Board should have been the first body to constrain the discretion of the Executive Director in the exercise of his powers. In this regard, the timeline of this crisis – not to mention its secrecy – is rather problematic.

Secondly, there is one institution that is not represented in the Management Board, the European Parliament. Considering the expansion of the mandate of the Agency, which entails carrying service weapons, it is worth reflecting on whether representatives of the European Parliament should have a seat in the Management Board: the respect of the principle of interinstitutional balance should find expression also in the composition of a crucial management organ. If the non-delegation doctrine elaborated in Meroni and its progenies – or its remnants – require that delegation of powers within EU constitutional law is limited to clearly defined executive powers, and that the exercise of these powers should be checked through a system of controls, it is arguable, thus, looking at the example of Frontex, that one of the following is true: either the non-delegation doctrine is ultimately dead, or it can still have a meaning, in the sense of requiring that the internal and external oversight on Frontex is the expression of the interinstitutional equilibrium underlying the delegation of powers to the Agency.

Currently, the Agency is placed in between two paradigms: first, the limitless containment of migration under the leading input of states, and second, the designing of a European integrated border management policy compliant with fundamental rights. However, this is a false dilemma because respect for the rule of law postulates protection for fundamental rights. The current Management Board is mainly composed of national border and coast guards: this represents the origin of the antithesis described above. A different composition of the Management Board would reflect different constituencies and sensitivities to fundamental rights questions in border management. As a matter of fact, it must be observed that the European Parliament is exercising its powers to the best of its abilities (as will be highlighted by the post of Tineke Strik): with the discharge of the budget procedure, it exercises external influence going beyond the scope of the budget as such (as will be demonstrated by Michele Gigli in his post), trying to steer its control toward greater transparency and broader compliance of the legal framework. The efforts of the European Parliament to step up accountability can be praised, but the practice signals that more democratic accountability over Frontex is needed. This reflection should also concern the role of representatives of national parliaments in the oversight of the agency, both on the model of the Joint Parliamentary Scrutiny Group of Europol, as argued by Coman-Kund, and as monitors of the situation at the external borders.

Re-framing accountability and control mechanisms for Frontex: which way forward?

As discussed above, Frontex epitomises a rule of law crisis that can only be tackled with a more extensive accountability and control toolkit over the activities of the Agency, which will span from internal oversight to external scrutiny, from ex ante to ex post accountability and control mechanisms, including access to justice. While rethinking ex post controls, consideration should be given to key paradigms. First, the design: composite administrative procedures should go beyond the existing model of separated controls. Second, the form: both at national and at supranational levels, the principle of effective judicial remedy is quintessential to the very core of the rule of law. Decisions affecting the rights of individuals must be controlled with effective administrative and judicial remedies, expression of the principle of effective judicial review (as will be discussed in the posts by Salvatore Nicolosi and Elspeth Guild).

To conclude, the evolution of the European administration must be placed against the background of the constitutionalisation of the European legal order, which has been functional to the acceptance of primacy and other core tenets of the new legal system. These days, the progressive emergence of a European administration -with increased enforcement powers- must be supervised through an adequate toolkit, aimed at constraining the exercise of public functions to the respect of the rule of law, for the sake of its legitimacy. 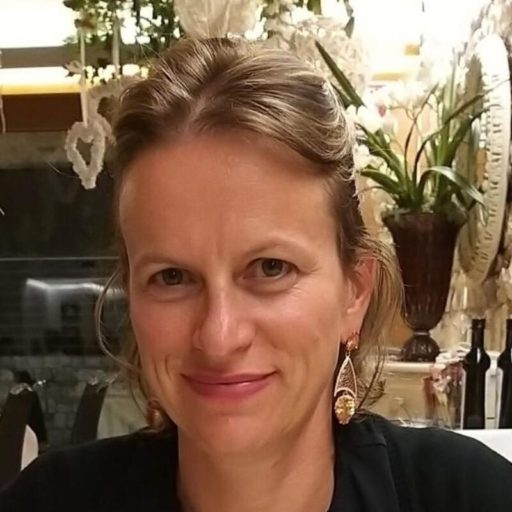