On the 18th of October, 2021, the Venice Commission formally adopted its opinion on the Dutch childcare benefit scandal and highlighted, albeit reluctantly, several shortcomings regarding the Netherlands’ adherence to the rule of law: A lack of parliamentary scrutiny, a disrupted flow of information in bureaucratic bodies and the need for constitutional review, which Leijten addresses in great detail in her recent post.

Despite the opinion’s inherent potential to provide a thorough substantive addition to the rule of law conversation, it fails at doing so not only due to its evasiveness but also its hesitance to address complicated Dutch customs, such as the current caretaker cabinet.

Background of the Opinion and its Suggestions

In January of this year, a motion was brought forward by Dutch opposition members, including Pieter Omtzigt, on the desirability of seeking external advice regarding rule of law violations in light of the child benefit scandal. As a result, two questions were put forth: What laws and practices existing in the Netherlands have led to this? And, what checks and balances can be introduced to ensure citizens are adequately protected? (summarised in the opinion, but see also the original Dutch parliamentary document). The opinion addresses the shortcomings of each branch of state in turn, which is thoroughly summarised by Leijten in her recent analysis.

What is unusual in this opinion is that it is a situational request. Usually, the Venice Commission advises a referring parliament on the actual content of a legislative act (see for example the 2009 Latvia opinion, or the 2018 Montenegro opinion on freedom of religion). The difference here is, therefore, that a situational opinion should be interpreted as a suggestion rather than a recommendation. This softens the legal weight of the opinion dramatically. Richard Barret, one of the drafters, stated that due to the complexity of the childcare benefit scandal the risk of an insufficient analysis by the Commission was particularly high, which would make the recommendation unimplementable.

One of the main issues with the opinion is that it is too evasive in its criticism of Dutch state practices and is not thorough enough in its analysis to address sensitive matters. Its evasiveness comes particularly from the fact that it fails to provide the necessary context for many of its conclusions. Take for example the following:

“It should be accepted that MPs from government parties also represent Parliament as an institution and that participation in parliamentary scrutiny of the government is not an act of disloyalty.” (Opinion, paragraph 60).

This is a direct reference to the document leaked during coalition meetings stating that Pieter Omtzigt, the Dutch MP responsible for bringing the child benefit scandal to light, should “find a position elsewhere” once the new cabinet forms. This highlights the deep-rooted issue of Dutch political practices that parliamentary scrutiny often leads to punishment within the Dutch political sphere.

The fact that the opinion takes the time to highlight this is, of course, only commendable. When recognising that the opinion is directed towards the enquirer, the Dutch parliament, it makes sense that it is not entirely explicit in its mentioning of specific context since the parliament is already aware of this. However, would the work of the Venice Commission not be more meaningful if opinions were addressed to a broader audience? One of the purposes of the Venice Commission is to minimise the fragmentation of legal norms in the process of internationalisation (see Hoffmann-Riem). Consistency is especially important for the rule of law. The drafters of the opinion could have offered a more impactful contribution had the opinion itself been more thorough in providing context to make its content more absorbable for the international community. Since this was one of the few occasions that the Venice Commission has published an opinion regarding the rule of law in a western European country, and also its first opinion on the Netherlands, it missed an important opportunity to address that rule of law backsliding is a trend witnessed throughout the entirety of Europe.

This is not the only shortcoming of the opinion. It also missed a crucial moment to address the legality of a caretaker or ‘demissionary’ cabinet (demissionair kabinet in Dutch). In the aftermath of the childcare benefit scandal, the presiding cabinet (Rutte Cabinet III) stepped down in response to the critical parliamentary inquiries into the ministers’ roles in the scandal. While prime minister Rutte has been reelected, a new government (Rutte Cabinet IV) has still not been formed, leaving the cabinet to act as a temporary government until the formation of a new coalition. The strategic timing of the cabinet stepping down meant parliamentary scrutiny was no longer a possibility; a game of musical chairs, if you will. The rules regarding the limits and competences of a demissionary cabinet are not laid down in law, but are based on custom. In theory, the custom says that a demissionary cabinet can only govern on issues that are deemed non-controversial by parliament. In short, parliamentary oversight should increase.

However, this form of governance is highly susceptible to abuse. The already existing imbalance between the Dutch ruling parties and opposition — which the opinion makes some attempt at highlighting, as indicated above — essentially allows the demissionary cabinet to ‘cherry pick’ what it itself can and cannot decide, circumventing parliamentary scrutiny and avoiding accountability. Aside from taking this approach in the child benefit scandal, the demissionary cabinet acted similarly in its refusal to lay down a much needed tax scheme for house owners and renters, despite parliament’s tacit approval to do so.

Since the lack of clarity in the rules regarding demissionary cabinets damages the rule of law, the VC opinion should have suggested additional reform in this area in order to strengthen parliament’s ability to scrutinise the Dutch executive. It is clear from interviews with the drafters of the opinion that the issue of demissionary cabinets was something that was thought of, and was investigated, but was deemed “too complicated”. Whether this failure is due to a lack of resources available to the Venice Commission (since usually an investigation only takes two or three days), or simply a disinterest, it makes one question the inherent value of a VC opinion.

Implications In a Wider Context

It is important to reflect on the issue of backsliding of the rule of law in the context of Europe as a whole, since violations of the rule of law do not only impact the Dutch domestic domain. Let me precurse this by noting that it would be inappropriate, and inaccurate, to place the rule of law violations in the Netherlands in the same box as those in Poland. That being said, when viewing the issue in the context of the European Union, the likelihood of the conversation moving from beyond the critical eye of the Dutch opposition parties into a European public is slim. As we have seen regarding the reaction towards Poland by Angela Merkel, there is a hesitation to explicitly mention the backsliding that is happening within Member States, or at least to point fingers. If there is already a hesitation to politically address Poland’s kangaroo court (in the words of Pech) and its implications for the European community, it seems even more unlikely, for the Dutch government to be held accountable by other Member States, whether politically or legally. The lack of commitment by the EU institutions to tackle backsliding aids the autocratic playbooks of certain member states. Creating a sense of division is crucial to the populist agenda, and what better way to do this than by feeding voters a narrative of ‘they do it too, so why are we being punished?’. Take, for example, the Polish attempt to delegitimize the assertive stance the Netherlands is taking regarding the conditionality regulation with an accusation of hypocrisy.

As Leijten points out in her post as well, the European Court of Human Rights (ECtHR) could potentially become important in this situation. Even if Dutch backsliding is unlikely to be addressed beyond the national scope, it is worth considering the possibility of legal protection by the ECtHR. The families of the 1,115 children who were placed in institutions or foster care as a result of financial ruin could be protected under article 8 ECHR since lacking financial resources is not a sufficient reason for removing children from their homes (see the Wallová and Walla case). The implications of the child care benefit case are still being unearthed. It is an ongoing situation, for which the dominoes have started to fall. Even if this particular opinion fell short of what it had the potential of being, it does not preclude the Dutch parliament from requesting additional opinions. Especially now with new information such as the removal of children from the homes of the victimised families, ongoing dialogue with the Venice Commission could have a positive effect in the long run.

DOWNLOAD PDF
LICENSED UNDER CC BY SA
SUGGESTED CITATION  Schulte, Emma: Grinding the Orange Axe: Takeaways from the Venice Commission’s Opinion on the Legal Protection of Citizens in the Netherlands, VerfBlog, 2021/11/02, https://verfassungsblog.de/grinding-the-orange-axe/, DOI: 10.17176/20211102-173238-0. 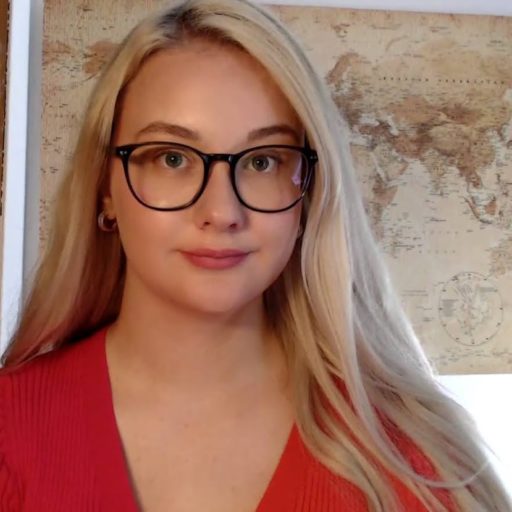 Emma Schulte Emma Schulte is a research assistant in the Rule of Law Research Group of the CEU Democracy Institute.