Trump, Twitter, and the Dilemma of „Who Guards the Guardians?“

“When the looting starts, the shooting starts.” This ‘cowboyesque’ and almost cheerfully threatening tweet by US President Donald Trump is his second statement in recent weeks that prompted a counter-reaction by Twitter — the platform he is so attached (and certainly indebted) to. A couple of days prior, last Wednesday, Twitter made its first regulative move by marking the president’s tweet concerning postal voting with a warning and linking it to a fact-check page where the claims were found “unsubstantiated”. In spite of Trump’s verbal retaliations, Twitter has shown not to back down and taken their restrictive measures to the next level. His trigger-happy tweet was replaced by a warning that “this Tweet violates the Twitter Rules about glorifying violence” — although the Tweet remains accessible on the grounds of “public interest”. Trump’s immediate reaction of employing an Executive Order (EO) to curtail Twitter’s legal protections seems to have, as Jud Mathews recently explained on this blog, little bearing on the social media giant. However, the clash between Trump and Twitter epitomises a new dynamic that raises important questions and dilemmas for the liberal order. The main issue addressed here is the dilemma of liberal censorship.

As fervent proponent of liberal democratic principles, it is natural to applaud the fact that media are free and not subjected to extensive government control and restrictions. On another level, however, those same principles require a more critical stance towards Twitter’s actions and, inevitably, their market dominance and seemingly unrestricted power. Unlike Mathews’ post clarifying the legal and political effects of the EO, it is this ‘other’ level I wish to emphasize here. For the head-on collision between a head of state and a dominant global forum of communication is not only indicative of the value-balance within the liberal order, it also presents a milestone in a new era of liberal censorship.

Two questions emerge here. The first is a question of power that touches upon the relation between globalised, mobile companies and traditional, static institutions of democratic nation states. Under this surface materialises a clash between neoliberal ideals and democratic values. Related but currently more urgent is a second question regarding the place of censorship within the framework of liberal democracy. The issues at stake are control and accountability; whereas the traditional function of the media in liberal democracies is to control the government and guard freedom and democracy, in the era of liberal censorship the new media giants introduce another immense task to their job description. This censorship function, however, all the more raises the question who guards the guardians?

The question of power

First the question of power. The globalised neoliberal order of market supremacy and limited state interference has seen the rise of, in the words of Zygmunt Bauman, “liquid powers” — some of which seduce us to relinquish (but therefore all the more require!) our critical attention. Private companies like Twitter, Facebook and Amazon, whose liquidity and mobility enable them to escape the static institutions of nation-states, have become monopolistic giants with such an enormous accumulation of power that they both outmanoeuvre and overshadow national governments. High levels of mobility and power accumulation, especially in the hands of recent global tech-phenomena like social media platforms, not only impel national governments to compete against one another — with further deregulation and disempowerment of national political institutions as ramification — but, more importantly, give rise to a dilemma new yet distinct to the liberal order. This dilemma, which ensues from the skewed relation between neoliberal ideals and democratic values, or global markets and national democracies, now crystallises in the clash between Trump and Twitter. What we see is, first, that the dynamics of the global liberal order have produced a historic transposition of censorship. And, second, with the transposition to liberal censorship surfaces a dilemma that concerns the issues of control and accountability.

Censorship in a traditional sense presupposes a hierarchical relation between the state and media that is typical of authoritarian regimes. In this conception, it is the state that censors the media. Unlike liberal democracies, authoritarian regimes lack legally effective civil and political rights, nor do they present genuine mechanisms of accountability. Lacking these, the censor cannot be controlled nor held accountable by those affected. But nor can Twitter.  That is, Twitter users, even ‘the state as Twitter user’, cannot hold the executive board of Twitter accountable for their censorship practices. Twitter engages, to put it bluntly, in a top-down imposition of their substantive censorship criteria. In other words, because Twitter dominates the global communication market, it has acquired an unimagined yet discomforting potentiality: it is able to superimpose a certain conception of morality and ethics on global society. These factors engender a transposition of censorship. In authoritarian regimes the state censors the media; in a globalised liberal order governed by neoliberal ideals, a monopolistic communication platform now censors a head of state. And while the battle is currently fought between a reckless president and an ostensibly morally ‘competent’ (read: astute) company leadership, these roles too can easily reverse. When that happens there is not much we, as ‘demoi’, can do. For the only powers we can control or hold accountable are those who acquire it through democratic means.

The accumulation of power in monopolistic companies like Twitter effectively erodes the position and power of national democratic arenas. This dominance raises a dilemma: either platforms refrain from checks and allow unbridled (potentially violent) expressions, or — as is the case in the new era of liberal censorship — these companies impose their (potentially troubling) moral compass on societies. As this compass is set to follow the interests of a select group of CEO’s who hardly bear legal let alone democratic accountability, a follow up question needs to be asked. It is the second question mentioned above: Who guards the guardians?   The historic continuity of censorship shows that the question of the guardian can be answered in multiple ways, ranging all the way from the now dominant neoliberal position in which markets are considered the ultimate guardians since their mechanisms of competition and consumer-sensitivity are perceived to systematically filter out the ‘unwanted’ — implied here too is that market dominance warrants censorship —, all the way to the traditional authoritarian-statist censorship approach which places the guardian function with unaccountable executive authority. However different these approaches, both lead to a censorship that is unsatisfying from a democratic perspective. Censorship of any kind can only be defended in liberal democracies (if at all) if it is linked to democratic mechanisms — e.g. restrictions based on laws formulated by a democratically mandated parliament. Only through this democratic link are we able to take part in setting the boundaries of the public sphere. The danger with the current approach is that the monopolism in the arena of digital communication increasingly makes the setting of those boundaries the prerogative of a limited number of private companies. It is clear that 21st century global media are more powerful than ever. The skewed relation between global powers and national democratic institutions — mainly due to the difficulty of political-democratic institutions to transcend the nation state, as for example the European Union shows — makes its difficult to formulate a democratic answer to the question of the guardian beyond the vocabulary of the nation state. With Twitter now actively censoring the president of the United States, the guardian question becomes more prominent. For it is one thing to agree with the moral standards of the censor, it is yet another to agree to censorship as such, let alone censorship that lacks accountability.

Therefore, besides widespread acclaim for Twitter for restricting and resisting the blatant intimidation from the ‘leader of the free world’, recent developments should not be judged on moral grounds only. The dilemma faced is such that it requires critical systemic thinking. Censorship experiences a historic reversal of object and subject and is no longer the exclusive domain of authoritarian regimes. The clash between a monopolistic private company and a head of state is indicative of this dynamic. The Trump vs. Twitter feud could become a milestone in the new era of liberal censorship. 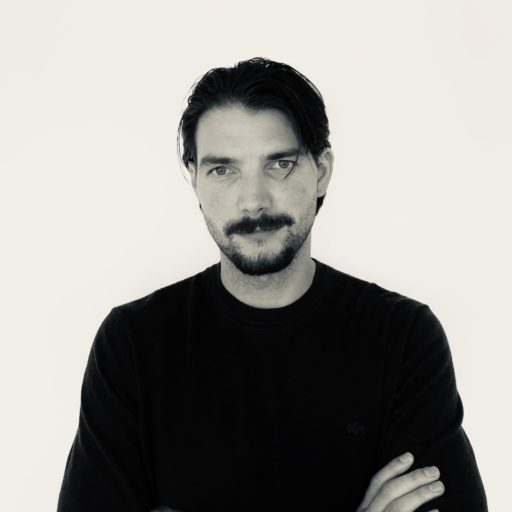