Following de Shalit’s and Barak’s example, my contribution to this forum on urban citizenship also opens with an illustration from Berlin. In recent years, the German city-state has led a naturalisation campaign that showcased the individual life stories of new Germans on posters, brochures, teaching materials and short videos. It aims to convey their many reasons for naturalising and the (according to the campaign) rather straightforward process of doing so. The campaign slogan was: “Your City. Your Country. Your Passport.” In this way, the campaign invokes peoples’ “Berlin state of mind”, as de Shalit puts it, in order to encourage them to apply for German national citizenship. It seems that national citizenship is portrayed here as the vehicle to achieve full inclusion at the local Berlin level – not the other way round. Given that Berlin still has one of the lowest naturalisation rates in Germany – and Germany’s naturalisation rate of 1.3 % is far below the EU average of 2.1 %1) – the campaign does not seem to have been successful in mobilising applicants. But if local citizenship were emancipated from nationality, as Bauböck proposes, such campaigns would be obsolete. One would become a citizen of Berlin based on residence (or ius domicilii), the detour via nationality to achieve local inclusion could be avoided, and the city-state could invest the money for such campaigns into other pressing issues, such as affordable housing. The debate on emancipating urban citizenship from nationality is thus timely and important.

My contribution will highlight two aspects that have not been clarified in the discussion so far. First, I will argue that the framing in terms of urban rather than local citizenship is not helpful, and possibly even counter-productive, for the purpose of constructing the new citizenship narrative that Bauböck calls for. In fact, many arguments brought forward to support the emancipation of urban citizenship from nationality could be analogously made for non-urban polities as well. Second, I will question the relation between emancipating urban citizenship from nationality, on the one hand, and the growing competences of local polities, on the other hand, arguing that the emancipation of local citizenship does not necessarily go hand in hand with more competences and political clout of cities and mayors. While the latter is possible and arguably also desirable, the legal recognition of local belonging itself would already be a step forward.

Bauböck extends the scope of his argument to all local citizens towards the end of his kick-off contribution, stating that what he says about urban citizenship “applies just as much to rural municipalities and small towns as to large cities“. Nevertheless, Lenard stresses in her contribution that there is done “too little to consider the citizenship that is ‘left over’ for those who do not, or cannot, move to cities“. Indeed, why is the question kicking off this debate phrased in terms of urban rather than local citizenship, to begin with? Are the arguments that support or oppose Bauböck’s proposal really intrinsically restricted to urban spaces (however, these are delimited, see Magnusson’s contribution)?

For most arguments, this does not seem to be the case. Instead, many apply to suburban or rural communities as well. For instance, analogous to what Bauböck asks of cities, rural polities also have great potential (and responsibility) when it comes to tackling global questions like climate change, particularly where agriculture is the driver of the local rural economy. The European Innovation Partnership, for instance, funds such innovations for sustainable farming. Rural polities are also challenged to experiment with democratic innovations to counter the legitimacy crisis of the state – maybe even more so, considering the rural-urban divides in the vote for populist parties in the recent European elections. An example is the German-speaking community in Belgium, which recently started such an experiment with an institutionalised citizens’ council consisting of local citizens of any nationality who are drawn by lottery into a body that advises the local parliament. Furthermore, and similar to what de Shalit argues for cities, rural citizens tend to be more positive about integration and diversity in their local areas – when they ‘think like a village’ – than they are on a national level, when they ‘think like a state’.2) Bauder’s argument on the tangibility of the urban community, which he sees as less dependent on imagination than the national community, applies maybe even more strongly to small local polities, as they lack the anonymity of global cities with millions of inhabitants (which are, to a certain degree, also imagined communities). What Barak argues for urban citizenship – that it is contingent on national citizenship and a state ensuring citizens’ rights – applies to rural polities as well. Lastly, van Zeben highlights the need to clarify the rights and duties that would come with the legal status of any local citizen, whether urban, suburban or rural.

This is not to say that there are no meaningful differences between rural and urban areas. As Lenard rightly points out, they have some “radically distinct needs and priorities“ that are related to the different challenges they face in issues such as infrastructure or labour markets. The scholarly discussion on citizenship, however, has focussed primarily on urban contexts. There are understandable reasons for this: The historical roots of citizenship lie in cities, it was also urban areas that have seen the steepest increases in diversity and have developed pragmatic and sanctuary approaches to it, such as the measures Varsanyi describes. Also, it has been cities that have in recent years formed networks other across national borders, such as Eurocities, to influence politics. Cities are arguably the engines of many of the democratic innovations that Bauböck calls for. But in order to construct a new citizenship narrative that can tell “urban and rural, young and old, mobile and sedentary populations what they have in common“, framing the debate in terms of the emancipation of urban citizenship from nationality is the wrong starting point. It does not seem to be theoretically necessary, and may in fact be counter-productive and divisive in the ways that Lenard makes clear in her contribution. Therefore, re-focussing the debate on local rather than on urban citizenship should be the first step towards constructing this more convincing citizenship narrative.

Does this mean that local citizenship would be without consequence? Not at all. Even in those cases where the local citizenry is sedentary and homogeneous, an emancipated local citizenship would be an essential recognition of the importance of the political community that citizens most directly experience in their every-day life and that they most directly shape. This, in itself, would be a step forward. The benefits are even more evident in the case of international migrants (and have been pointed out, among others, in Bauder’s and Varsanyi’s contributions). For them, it would no longer be necessary to acquire national citizenship if they want to be recognised as equal members of the local polity in which they live. To sum up: Notwithstanding the open questions outlined above, I very much agree that the legal recognition of Berlin as “Your City”, or better “Your Local Community”, should no longer require applying for “Your Passport” and adopting Germany as “Your Country”. 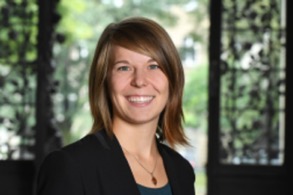