Polish law and armed forces at the border to Belarus

A major migrant crisis continues in Poland and Belarus. For months, thousands of migrants from Middle Eastern countries attempted to enter Poland threatened by Belarusian troops. As a reaction, Poland has deployed substantial forces to counter the immigration influx, using the Border Guards along with police and military personnel. After the temporary detention of three journalists by soldiers on 16th of November, the legal basis of such actions became the subject of public debate with some commentators and military veterans questioning its existence.

For the past three months, thousands of Polish soldiers have been operating on the border with Belarus. Their activities towards migrants are officially presented as first-aid assistance, even though some of those actions simply constitute short-term detentions. There is, however, no published legal basis for police-like interventions undertaken by military personnel. The lack of a necessary Presidential resolution in this manner went unnoticed by the public for many weeks.

Substantial questions were raised just after an incident between military personnel from the Territorial Defence Forces (WOT) and a civilian on 26th of November. Both WOT’s Facebook account post and later its spokesman cited an old act of the Polish President, which is not in force anymore as it got repealed in June 2020.

Armed forces as an answer to non-military challenges

The use of armed forces for non-military purposes can be observed in many developed countries in recent years – Poland is not an exception. Especially during the COVID-19 pandemic, many states have resorted to the military, which constitutes a new challenge towards civil-military relations. In Poland, several factors intensified this trend, with an insufficient civilian protection system being a major one as outlined by the Supreme Audit Office in 2019. The Polish military’s response to COVID-19 was substantial – Polish military units supported the mass vaccination efforts, the running of temporary medical facilities, and even helped those in need by delivering food packages. These operations were conducted by regular army units, the military police, and the Territorial Defence Forces, a new branch of the Polish Armed Forces established on 1st of January, 2017. But unlike the current military operation, there was a legal basis for it.

Now, the situation looks different. Starting from August 2021, thousands of soldiers were sent to assist Border Guards in North-Eastern Poland. They supported Border Guards in securing the border and conducted drone surveillance, but also stopped people who were believed to be migrants. The social media accounts of armed forces and press releases referred to those actions in non-legal terms, such as “reveal”, “find and secure” or “locate”. The wording used by those accounts emphasized the “help” given to migrants by military personnel. Using euphemisms for police-like operations could be strange if it were not symptomatic. With no legal basis assured by the President and the government, we can assume that those public actors cannot simply write about “detention” – which would be the appropriate word for stopping people and not letting them go away. Yet it would have been possible to adopt a legal basis for use of direct coercive measures by members of the military.

When asked about the legal basis for military assistance on the border by Marek Kozubal, a reporter of the newspaper Rzeczpospolita, the Polish government used the information war carried out by Belarus as an excuse to keep further explanations secret. With the lack of officially published legal acts, we can simply guess what is behind that statement.

According to Kozubal’s article, the armed forces act is based on a classified decision of the Minister of National Defence which refers to the Act on Border Guard. This legislation enables assistance to the Border Guard by members of the armed forces in specific cases, like in the case of an imminent threat of an attack on the inviolability of the state border or imminent danger to the life, health or freedom of citizens – when the use of Border Guard forces proves insufficient. According to the law, such a measure must be taken through a resolution of the President based on the request of the Prime Minister. In the event of an urgent situation, however, the same article – art. 11b 3. – leaves it to the Minister of Defence to decide whether to provide assistance at the motion from the “minister responsible for internal affairs”. Thus, the Minister’s decision, which was mentioned in Kozubal’s article, should have been accompanied by an immediate resolution of the President. Here is the problem: more than two months after the start of the operation, no such resolution can be found.

When COVID-19 cases were on the rise last year, those same articles were used to support the Border Guard with border control. The crucial difference was that there was a presidential resolution confirming the easily accessible minister’s decision. But on 12th June 2020, the minister repealed this decision. Now, the WOT spokesman is using the resolution from last year as a basis for his claims about the legality of the ongoing military actions on the border with Belarus.

How can a military operation be controlled if the legal basis is classified? The decision taken on the basis of Article 11b of the Act on Border Guard defines the scope and form of assistance and empowers military personnel with proper legal powers from the catalogue of the Act on Border Guard. This catalogue includes, among others, establishing aperson’s identity and detention. Until the decision is made public – and there is a presidential resolution – those affected by this law cannot be asked to comply with it. Or simply know their rights.

The government is arguing that during lawfare type crises, some information can or should be kept secret. Like for example the specification of units used for the operation. But the truth is that the legal bases, which are missing here, in most cases do not include such details as shown by the decision from March 2020. Those are usually made downstream and determined later.

There was no rational need for the secrecy of the decision mentioned in Kozubal’s article. But secrecy itself was imposed on the issued act. If it was issued at all. A Polish citizen or a migrant should not have to guess whether a law exists or not. And the same goes for military personnel. Without the public decision of the Minister of National Defence and subsequent resolution from the President, there is no legal basis for anyone to rely on.

The law and the armed forces

To be fair, the tradition of non-conventional approaches to legal frameworks and military operations is not exclusive to the current Polish government. A perfect example comes from the usage of Military Counterintelligence Service personnel to investigate some leaders of the Polish non-military intelligence community in 2014, when, due to lack of a legal framework some operations were conducted as mere “exercises”, and not labelled as formal surveillance.

The use of armed forces should be strictly regulated, both during military and non-military interventions. This follows from the Polish Constitution and the fundamentals of civil-military relations in Euro-Atlantic countries. But foremost, legal certainty is just a fundamental pillar of the rule of law. It should be cultivated by all parties within the democratic political spectrum – especially during such a crisis.

Other posts about this region:
Belarus, Polen 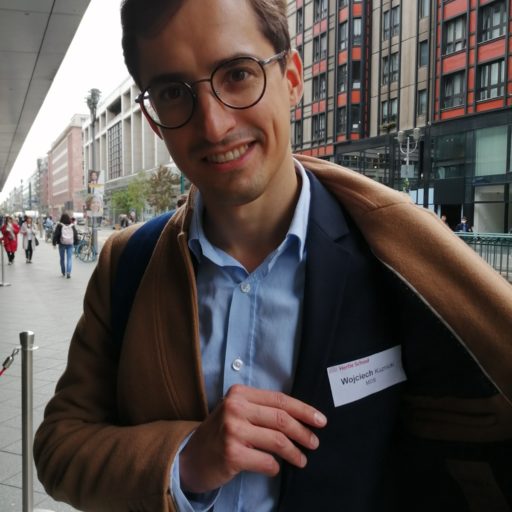 Other posts about this region:
Belarus, English Articles, Polen No Comments Join the discussion
Go to Top