On 24 September, the Supreme Court of the United Kingdom (UKSC), in Miller/Cherry 2 unanimously ruled that UK Prime Minister Boris Johnson’s prorogation of the UK Parliament was unlawful. The decision has been polarizing, with some commending it for its maintenance of ‘a delicate balance between law and politics’, while some have called it ‘an outrageous intrusion into politics by eleven individuals none of whom we can vote out’.

There are certain principles which emerge from Miller/Cherry 2 which are meaningful for cases involving judicial review of executive powers. The application of these principles, especially in cases where the line between the executive and legislature is thin (resulting in what Bagehot described as the ‘fusion of powers’), can guide comparative lawyers to hitherto underexplored areas of administrative law accountability of the executive to legislative bodies. I apply this argument to one of the legal issues in a number of petitions challenging the alteration of the constitutional status of Jammu & Kashmir (hereinafter J&K Article 370 Cases) before the Supreme Court of India (SCI).

The UKSC Decision: Existence and proper exercise of prerogative power

The UKSC in Miller/Cherry 2 fused the justiciability question into that of the prerogative exercise of prorogation. Rejecting the argument that the matter was not justiciable due to the executive’s responsibility to Parliament, it stated that the courts had a legitimate role to play if the effect of prorogation was to ‘prevent the operation of ministerial accountability to Parliament during the period when Parliament stands prorogued’ (para 33). The Court held that the relevant standard for judging the legality of a prorogation would be to ask whether:

“the prorogation has the effect of frustrating or preventing, without reasonable justification, the ability of Parliament to carry out its constitutional functions as a legislature and as the body responsible for the supervision of the executive.” (para 50)

The Court in this case applied a version of what has been described as the ‘effects test’. This is an import from anti-discrimination law, where the consequences of government action may justify, or at least buttress, some of the conclusions arrived at. This pushes the principles of executive accountability in cases of prorogation in new directions as it elevates the level of review to one which closely resembles substantive review and merges an examination of the exercise of the prerogative into an examination of its existence.

It is also important to point out that unlike other cases of judicial review, the burden of justification is placed on the respondent-executive to provide evidence to support the exercise of the prerogative power. This has been argued as being in line with a contemporary understanding of constitutionalism which aims at a ‘progressive elimination of the prerogative’ and that ‘the trends that led to Miller could be seen in earlier cases’ with an accompanying ‘rise of a culture of justification in Commonwealth public law’. It is precisely this justificatory framework for executive decisions – which have deleterious consequences for constitutional values, or impede a constitutional body like a legislature from carrying out its mandated functions – which I will apply to the case of the constitutional reorganization of J&K.

Assembly Dissolution and Imposition of Central Rule in Kashmir

It is now well known that the Indian government, on August 5, read down certain constitutional provisions which had guaranteed a degree of autonomy to the state of J&K. J&K acceded to the Union of India on the terms of an Instrument of Accession, signed in 1947 between the erstwhile ruler of the state with the Indian Government. Some of the terms of the Instrument were incorporated into the Constitution of India (CoI) through a number of provisions. One of these provisions was Article 370 CoI which required the concurrence of the State government in cases where the Central Government sought to legislate on subject matters which did not relate to the subjects specified in the Instrument of Accession (defence, external affairs, and communications) and consultation in all other cases. It is therefore clear that any modification to the provision of Article 370, especially its de-operationalization, would have required concurrence of the State Government. In a remarkable constitutional sleight of hand, the Central Government, in 2018 dissolved the assembly of the state (even as a coalition of other political parties, staked a claim to form government) and then put it under Central Rule (citing a degenerating law and order problem and subsequent difficulty in holding elections). In August 2019, it eventually permanently altered the constitutional status of J&K on the basis of two executive orders and legislation which had three primary effects: the de-operationalization of Article 370 of the CoI; the creation of the Union Territories of J&K (with a legislature) and Ladakh (without a legislature); the extension of all provisions of the CoI to these newly formed sub-national units.

These executive orders dispensed with the requirement of the consultation and concurrence with the legislative assembly, the State’s constituent assembly, as well as the State Government. The legal basis for these orders was premised on the Central Government (through the President) exercising the executive and legislative functions of the J&K government. There is extensive commentary (as well as written submissions to the SCI) on the legal propriety of a government doing indirectly what it could not do directly and taking its own permission to downgrade the constitutional status of a state to that of two Union Territories, which by design enjoy considerably less freedom to conduct their own affairs and are susceptible to Central Government interference.

Shortcomings in the current judicial toolbox

Proclamations issued under the emergency provisions usually have to meet a rationality standard, with courts examining the material used by the federal executive and which led them to conclude that the imposition was necessary. Instances in the past where President’s Rule imposition has survived legal challenge include cases where there is evidence of grave law and order problems in the state, internal disturbances, as well as cases where a state government has lost the confidence of the legislature. It may be argued that the last of these cases fit within the factual framework of the J&K case. However, an SCI case from 2016 makes it clear that a determination of this nature is not to be conducted “by the Governor or for that matter anywhere else except the floor of the House.” It is clear that this obligation was not discharged by the Governor, who appeared to be acting in a partisan manner, in the present case.

The current law on judicial review of the imposition of President’s Rule takes us only so far and stops well short of giving the SCI tools to check an executive which operates on the borders of constitutional legality. The imposition of President’s Rule following the dissolution of the Legislative Assembly of Jammu & Kashmir had the effect of creating a set of conditions where a textual requirement of the State Government’s concurrence was dispensed with. What followed was a permanent alteration of the very constitutional status of the state without its consent or consultation by executive order and legislation – all of which occurred while a state of constitutional emergency was ongoing.

It is now clear that the ‘effects test’ used in Miller/Cherry 2 can prove to be a ‘brand new and sophisticated ammunition in the rapidly ageing arsenal of democracy defenders’. The deficiencies in the current law on assembly dissolution and the exercise of emergency powers are compounded where the accountability of the Executive to Parliament is diluted by factors like the current political makeup of the Indian Lower House where the government coalition has nearly 2/3 of the seats. In such situations, ex post parliamentary approval of the promulgation of emergency by the executive becomes a rubber stamp which does little to further the rule of law and democratic accountability which undergird provisions of this nature.

How should courts respond in cases where an emergency promulgation with or without the dissolution of the state assembly is in question, and where the effect of such promulgation is as grave as the permanent alteration of the constitutional status of a subnational unit and its relationship with the federal unit?

I follow Tarunabh Khaitan’s prescription for court interventions which would permit the judiciary to appear non-partisan and safeguard institutional capital by suggesting a test where:

“the government’s exercise of executive [emergency] power under Part XVIII of the Constitution cannot be used to suspend or dissolve the Parliament of a state:

(a) for a purpose which is inconsistent with the values or principles contained in the Constitution, or laid down in judicial precedent, or

(b) when the probable effect of such dissolution would be to frustrate state parliamentary action in a matter where the passage of intervening time would present it with a fait accompli, especially in relation to matters where its concurrence or consultation is necessary due to a provision of the Constitution or otherwise.”

A test of this nature would invite judicial interference with executive decisions of assembly dissolution and emergency powers in select cases where grave consequences could arise. It would also assist the Court in adjudicating cases where these extraordinary actions are the first steps in changes in the constitutional status of states. The CoI has several instances where states have a relationship with the Central government which is governed by special provisions – some states in the North-East of India for example. A test like the one suggested above could safeguard their rights in case of an attempt to alter this relationship which could jeopardize the principle of federalism.

The J&K Article 370 Cases present an instance where a constitutional court will be called upon to adjudicate difficult questions which implicate both law and politics. At a time when there is international attention on the inaction of the SCI on cases relating to J&K (including habeas corpus petitions), the Court has a chance in the J&K Article 370 Cases to ensure that its institutional legitimacy is safeguarded in a way that does not fully expose its institutional capital to attacks from the coordinate branches of government. India is a polity where the Constitution, and not the Parliament, is supreme. This should make the job of the SCI easier. In the UK, the Prime Minister sought to exercise a power which was granted to him under law but faltered in a way which opened his decision up to constitutional scrutiny and ultimately, judicial overrule. In the case of the alteration of the constitutional status of J&K, the use of the effects test could help the Court to assert the supremacy of the Constitution in a principled way. 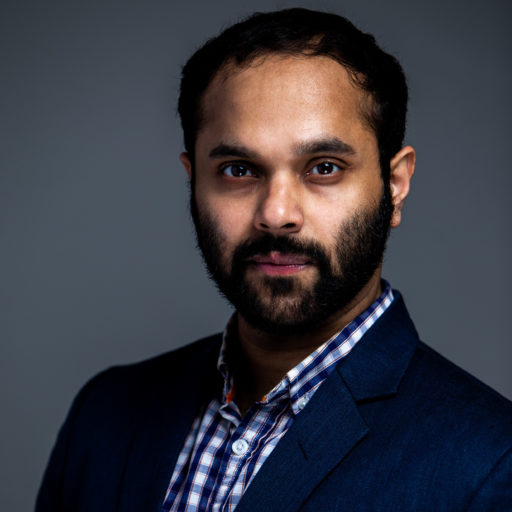