Article 370: Is it a Basic Feature of the Indian Constitution?

The move of India’s Government to nullify Article 370 of the Constitution not only broadened the legislative powers of the Union Parliament over the Jammu & Kashmir (‘State/J&K’) but also demoted J&K to the position of a Union Territory. Much has been written about its constitutional validity, mostly from the vantage point of the Government’s power to bring about the changes and their legitimacy. In this blog post, I will limit my discussion to the question of whether Article 370 is a basic feature of the Constitution of India. Given the sacrosanct political arrangement it encapsulates as well as its role as an exemplar of Indian federal asymmetry, it is now upon the Supreme Court to formally acknowledge the constitutional basis of India’s delicate distribution of powers.

Permanently Temporary: The Nature of Article 370

The key to determining the basic structure question in relation to Article 370 is to understand its exact nature. While the marginal note of the provision characterizes it as a ‘Temporary Provision’, a number of Supreme Court (‘Court’) decisions have characterized it as having a continued existence and being permanent. Critics of the provision have argued that it was meant only as an interim arrangement and automatically lapsed once the constituent assembly for J&K was dissolved in 1957. On the other hand, those opposing this line of reasoning have sought to rely on the decisions of the Court to contend that the permanence attached to the provision by the Supreme Court has elevated it to the status of a basic feature of the Constitution.

In so far as the first argument is concerned, the Court has on various occasions, including in Sampath Prakash and Santhosh Gupta,relied on Article 370 (3) to suggest that the provision continues to be in existence. Thus, the Court has observed that the provision will cease to have effect only when the President makes a public notification to the contrary, subject to the condition laid down in clause 3 – i.e. recommendation of the Constituent Assembly for J&K – being fulfilled. The J&K High Court in Ashok Kumar has in fact gone one step further and has observed that the provision cannot be abrogated even using the amending powers of the Parliament under Article 368. The reference to Article 368 and the fetters on it is indicative of how a lot of people have come to view Article 370 as a basic feature of the Constitution.

Although the Supreme Court has alluded to Article 370 as permanent, it would not be prudent to read too much into it. To start with, the question of the provision’s permanence or otherwise was not specifically in issue in any of the above cases. More importantly though, it has never been clarified what ‘permanent’ actually means. None of the Supreme Court decisions has explicitly equated such permanence to the Article being a basic feature. Also, unlike the J&K High Court, the Supreme has not mentioned any bar on the amending powers of the Parliament in these decisions.

Given these, we will have to look at other avenues to determine whether the provision qualifies as a basic feature. One way of doing it would be to rely on clause 3, as it requires the recommendation of a ‘higher law-making’ body to abrogate it. Another way is to examine if the political arrangements, such as the one brought about by Article 370, have been identified by the Court to be a basic feature. In this regard, the decision in R Ganpatrao v. Union of India is instructive. The Petitioners in Ganpatrao were rulers of some of the erstwhile princely states, who had relinquished their powers and joined the Indian Dominion by signing Instruments of Accession and Instruments of Merger, much like in the case of Kashmir’s accession. One of the guarantees extended to them at the time of acceding to the Union was the annual payment of privy purses and certain other privileges. These promises were crystallized in the Constitution as well, in the form of Articles 291 and 362. Nevertheless, the said provisions were abrogated by a constitutional amendment. The Petitioner challenged the validity of the amendment on the ground that, among others, the provisions were a basic feature of the Constitution and could not have been repealed. They contended that the very identity of the Indian Union would have been different if not for the accession of these princely states, which in turn was achieved through the guarantees extended in the form of privy purses and other privileges. Thus, the arguments advanced in Ganpatrao follow a trajectory similar to what would be taken against the repeal of Article 370: the identity of the Indian Union would have been different had it not been for the promise embedded in Article 370 and its repeal would disturb the basic structure.

The bench in Ganpatrao though rejected the above argument and held that the provisions did not form part of the basic features. One of the primary reasons cited for this conclusion was that the accession was inevitable, even if the rulers of the princely states wished otherwise, since the ‘will of the people’ of the states was in favour of joining the dominion of India. Thus, the Petitioner’s argument that the Union of India would have been fundamentally different had it not been for the decision of the rulers to accede was found to be without merit. Thus, as one commentator has suggested, Ganpatrao rejects the idea that basic features are to be found in historically significant political events which make up the Indian Union as we know it today.

It would be interesting to see how Article 370 would fare if tested against the ratio in Ganpatrao. One of the questions which might come up is whether, like in Ganpatrao, the accession was a mere political inevitability even if the Maharaja did not accede. This is a rather vexed historical enquiry and even if a judicial body were to venture into that, it is unlikely to find a conclusive answer. Moreover, even if the Court were to conclude that the identity of the Union of India would have been different if not for the guarantee in Article 370, it is uncertain that merely because the provision crystallizes historical political arrangements, it would be accorded the tag of a basic feature.

Another potential argument for classifying Article 370 as a basic feature is that its destruction strikes at the root of India’s asymmetric federalism. While federalism itself has been recognized as a basic feature, it is unclear whether asymmetry is an essential attribute of it. Although the courts do not directly answer this, there are clues to suggest that this is the case. For instance, the Supreme Court has harped upon the federal balance of distribution of legislative and executive powers as a fundamental feature of India’s federalism. Asymmetrical arrangements, as in the case of Article 370 can be argued to be paradigm examples of such federal balancing of powers. Given that India is a quasi-federal system with strong centralizing tendencies, any exceptions carved out to this status quo (as in the case of Article 370) should carry with them a presumption that they are specifically meant to ensure such delicate balancing of federal powers. Moreover, given that such an asymmetrical relationship has been subjected to the will of a higher law-making body, there is a strong case to be made for classifying Article 370 as an essential feature of federalism and thus in turn a basic feature.

Despite this normative justification, the existence of Article 3, which vests wide discretion on the Union to, inter alia, alter the boundaries of a state or even a create a new state, may be seen as negating it. While the Article does not specifically envisage the destruction of a state, the Supreme Court in State of West Bengal v Union of India has observed that the powers under Article 3 extend to even completely extinguishing a state. Whether or not the observation holds precedential value, it sits uneasily with the ideas of states being sovereign in their spheres as well as differential distribution of federal powers. Nevertheless, Article 3 envisages a geographical disruption as opposed to the disruption of the federal power balance. Such a disruption goes to the root of de facto asymmetry, which involves differential distribution of territory, resources etc., as opposed to de jure asymmetry, which involves the differential distribution of powers to federal sub-units. But, this still leaves open the question of how de jure asymmetry may be retained if the territorial sanctity of a state is completely destroyed. A way for courts to balance these seemingly conflicting positions is to hold that the exercise of powers under Article 3 cannot be done in a way as to disrupt the federal balance or with an intention to covertly usurp the constitutionally guaranteed powers of a state. In the case of J&K, it should also be noted that Article 3 is not to be applied without the consent of the State. Given the Supreme Court’s own position that constitutional interpretation has to be done keeping in mind the constitutional values that the text seeks to achieve, this argument holds much strength. Thus, Article 3 can arguably only be exercised in a manner to further asymmetry and not destroy it.

One of the critical issues raised by the evisceration of Art 370 is whether federal asymmetry, which has been an insignia of the Indian federal experiment, would now experience a free fall. This concern is highlighted by the ‘one nation, one constitution’ slogan which accompanied the scrapping of Article 370. Many also fear that the removal of special status to J&K is a slippery slope, capable of jeopardizing federal asymmetry in general. A way to combat this is to recognize that federal asymmetry is an essential attribute of the Indian federal design. While this is yet to be formally acknowledged, the Supreme Court has an opportunity to do so in the Kashmir issue. 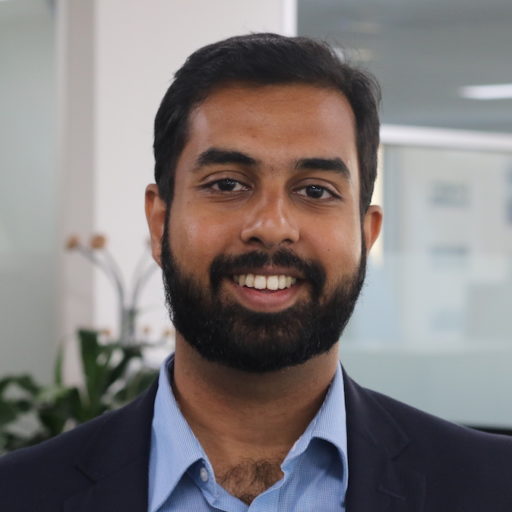 Other posts about this region:
Indien 1 comment Join the discussion
Go to Top