On May 28th, the Italian Chamber of Deputies unanimously approved a resolution requiring the government to issue the so-called mini-BOTs. Under such a name, reference is made to Treasury bills issued in small denominations (in Euros), bearing no interest, with no expiry date, and which the Italian Exchequer would accept as a means of payment of taxes. The concrete purpose of the mini-BOTs is said to be the liquidation of the commercial debt of the Italian state, i.e., the monies owed to companies and private individuals. But it is not by chance that the specimen of mini-BOTs that have been presented to the public by the advocates of the measure resemble traditional banknotes. The declared expectation of the advocates of the proposal is that the mini-BOTs will become a form of parallel currency, even if formally they do not constitute legal tender (i.e., there is no obligation to accept them as payment)

The proposal has been predictably met with marked skepticism by European institutions and by the Italian Minister of Economy and Finance. In particular, the president of the Europe Central Bank (ECB), Mario Draghi, claimed that they were either currency, in which case they could not be issued single-handedly by the Italian exchequer; or they constituted new debt, thus adding to the massive pile of Italian sovereign debt, and consequently forbidden by the fiscal rules at the core of the European economic governance.

The mini-BOTs as symptom

The mini-BOTs should be approached, firstly and foremostly, as a powerful symptom of the depth of the Eurozone crisis. In particular, the mini-BOTs are a compelling reminder of the impossibility, within the current framework, of reconciling the singleness of the Eurozone with the implementation of policies tailored to the very different circumstances prevailing in each Member State. Not only a one-size monetary policy fits no Member State, but the complex mechanisms of “coordination” of fiscal and macroeconomic policy devised since the 2007 crisis (the Euro-semester, the Fiscal Compact, the Six Pack and the Two Pack) have further reduced the degree to which national economic policy can be responsive to the context. As Jeremy Leaman has brilliantly put it, the Eurozone has come to be designed as a tank, when the considerable social, economic and political diversity of its Member States would render necessary the nimbleness of a bicycle. If a proposal such as that of the mini-BOTs has come to be made, and seems to elicit considerable consensus in the third biggest country of the Eurozone, is because economic and monetary union has come to be (fairly) perceived as a straitjacket, as the ultimate cause of cycles of internal devaluations and a downward spiral of wages, public expenditure and economic growth. It is not by chance that the mini-BOTs have been proposed in Italy, the Eurozone country increasingly viewed as the most obvious net loser out of economic and monetary union.

It is high time that Europeans institutions acknowledge the full extent of the design flaws of the Eurozone, and of the failure of the policies implemented so far to contain and overcome the crises. The euro was intentionally designed as a currency without a state which could be created and maintained by markets. The 2008-9 crises revealed the extent to which such a belief was an illusion. When triple A assets vanished in thin air, the emptiness at the center of the Eurozone had to be filled. The only European institution which was capable of stepping in was the ECB, which acted as if it was the sovereign sustaining the euro. So-called “non-conventional” monetary policies (from the securities markets program to quantitative easing) were based on a highly controversial interpretation of the original rules of Economic and Monetary Union. An undeclared state of emergency was invoked to justify turning the ECB in de facto lender of last resort of both states and financial institutions.

And still, the actions of the ECB could only buy time. For three reasons. The first is that the ECB has by design an epistocratic legitimacy basis, and consequently lacks democratic authority. This limits the extent to which it can match words with deeds. In other words, the announcement in 2012 that the ECB would do whatever it took to save the euro calmed the key movers and shakers in financial markets not so much because of what the ECB could have actually done, but only because such actors believed in the ECB capacity to do so. The second is that the remedial actions undertaken by the ECB have centralized even more the governance of the Euro. The crises, however, are deeply asymmetrical, and would require different policies being applied in different countries. Only to a certain extent can the ECB do that, but it has to pay a high price in terms of efficiency, economy and fairness, as proven by the convoluted way in which the ECB managed to reduce the cost at which some Member States borrowed by injecting massive doses of liquidity in European financial institutions. The third reason is that while non-conventional monetary policies have managed to ensure a modicum of economic stabilization, and thus prevented the Eurozone from collapsing in a disorderly fashion, they have failed to trigger solid economic recovery, even less to foster socio-economic convergence across the Eurozone.

This is exactly where complementary currencies (of which the mini-BOT proposal is just one manifestation, and far from the best possible one) come in. They represent one of the few possible gimmicks through which the tantalizing combination of a hyper-centralized economic and monetary union and the (growing) social and economic divergence between Member States may be squared, or come some way to be squared. That is so because complementary currencies could reconcile the singleness of monetary policy with creating the monetary means to implement differentiated fiscal policies targeting the specific social, economic and political circumstances of each Member State, and even of different regions within that Member State. We are not saying, far from it, that they are a panacea. Indeed, it seems to us that the specific mini-BOT proposal is far too vague, and poses more questions than it answers. We are simply saying that, in a context in which more structural reforms of the Eurozone appear foreclosed by lack of political ambition, there are very good reasons to at least give complementary currencies a try. If only because what is certain is that without reform, EMU is likely to crack in a disorderly fashion next time that push comes to shove. Those who argue that the mini-BOTs pose an existential threat to the euro, or to Italy’s membership of the euro, fail to realize that the status quo constitutes in itself the ultimate existential threat to the euro. Indeed, the wisest move, in prudential, political and economic terms, would indeed be that European institutions would embrace experimentation with complementary currencies, in genuine federal spirit.

To a significant extent opposition to the mini-BOTs revolves around their “European” legality, rather than their substantive merits. Two provisions of the Treaties are supposed to establish a hard and fast case against Member States having the power to introduce any form of complementary currency. Article 3(1)c TFEU assigns the European Union the exclusive competence on monetary policy on what regards the Member states in the Eurozone. In addition, Article 128.1 TFEU establishes that “The European Central Bank shall have the exclusive right to authorize the issue of euro banknotes” within the Eurozone. From both precepts is drawn the conclusion that, short of EU blessing, no Eurozone state can issue banknotes parallel to the ones issued by the ECB, even if the notes were to circulate only in that Member State. Moreover, following Draghi’s reasoning, if it were possible to characterize the mini-BOTs as something else than currency, then their issue would entail a parallel increase of the stock of Italian debt, likely to result in a breach of the fiscal rules limiting both the total volume of debt and the trajectory of its reduction.

In abstract, such a reasoning seems hard to contest. However, legal norms are not applied in abstract, but in the context of their previous interpretations. From such a perspective, the rulings of the European Court of Justice (ECJ) in Pringle and OMT are especially relevant. Such decisions revolved around the drawing of the line between economic and monetary policy, and the limits to the power of the ECB as the institution competent to implement monetary policy. In particular, the line of reasoning used by the ECJ to validate the OMT program could plausibly be developed to enable what de facto amounts to a complementary currency under the guises of much needed fiscal stimulus. In this perspective, the mini-BOTs could be conceived as a fiscal policy device to implement article 4 of the Directive 2011/7/EU on late payment in commercial transactions (Italy is already subject to infringement proceeding in this regard). The fact that an instrument of fiscal policy may affect monetary policy would be inconclusive as to its legality, all the more if it does not question the euro as legal tender and its impact on monetary policy is merely incidental. Indeed, if it is accepted that a monetary policy like the OMT could have massive fiscal effects, why shouldn’t the same argument apply mutatis mutandis to a fiscal policy device indirectly affecting monetary policy? Make no mistake: we are not persuaded by the solidity of the argument made by the ECJ in Pringle and in OMT; we merely stress that, once such argument has been authoritatively made on behalf of an extended interpretation of the remit of monetary policy, no legal argument prevents the ECJ itself from replicating it on behalf of states’ prerogatives on fiscal policy.

Were the controversy over the mini-BOTs to reach the ECJ, we will have no doubt of what would be the wiser bet regarding the outcome. Still, declaring that European law prohibits any form of parallel currency, even if couched in fiscal policy terms, would not only seat badly with the previous case law of the ECJ, but also close the legal door to one of the few instruments that could keep the Eurozone together while creating the space for diversified policies. It will be the way of rising the stakes, leaving states that are unable to thrive within the Eurozone with no other option than considering exit. The tighter the bonds, the less that they might bind when the next crisis will hit. 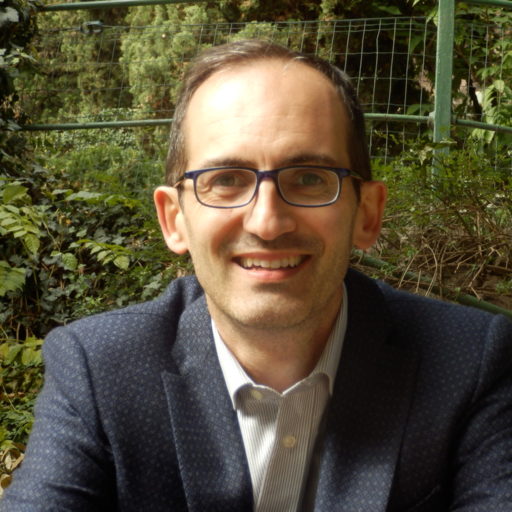 Marco Dani Marco Dani is an Associate Professor of EU and Comparative Public Law at the University of Trento.