Russian Escalation in the War Against Ukraine and International Law

The war in Ukraine has entered a dangerous new phase. This morning Putin addressed the nation and declared a partial mobilisation of the Russian armed forces. According to Putin’s decree, reservists, men with military experience, are subject to conscription; according to the first estimates, the number of new conscripts amounts to 300 thousand people.

This was an expected move after the Russian parliament amended the Criminal Code the day before, introducing the new offences of evading mobilisation and voluntary surrender. A week ago, however, Putin’s spokesperson Peskov said that “mobilisation is not under consideration”.

“Partial mobilisation” is a euphemism like “special military operation in Ukraine”. The mobilisation order opens unlimited opportunities for further restrictions on the rights of Russian citizens. One of the immediate steps will be the closure of exit borders, at least for men of military age. The Russian law on mobilisation provides that persons subject to mobilisation are not allowed to leave their place of residence without the authorisation of military authorities. It is not yet clear how far the mobilisation decree will be implemented, but there are no obstacles to introducing new measures, including de facto or de jure martial law.

Putin’s speech did not explicitly mention concrete plans to annex Ukrainian occupied territories, but Putin did announce a quick “recognition” of the fake “referenda” on joining Russia in Donetsk, Luhansk, Kherson and Zaporizhzhia oblasts, scheduled in just a few days. So far, Russia recognised Donetsk and Luhansk “peoples’ republics” as independent states, but no such steps have been made with respect to Kherson and Zaporizhzhia. Again, it is worth recalling that in his address at the beginning of the war on 24 February, Putin stated that Russia “is not going to occupy Ukrainian territories”.

Putin threatened that he would use “all necessary means” to “protect the territorial integrity of Russia”, apparently referring to nuclear weapons. This is especially worrying as Russia currently doesn’t exercise full military control over any of those territories.

Everything suggests that Putin’s decision is a gesture of desperation after Russia’s military defeat in the Kharkiv region. In the previous weeks, all rumours of mobilisation and quick annexations were resolutely rejected. There is much to suggest that such steps were demanded by the military part of Putin’s inner circle (“siloviki”), as well as increasingly influential radical nationalists.

It is difficult to predict how mobilisation will affect military operations. Carrying large numbers of unmotivated conscripts to the front will take significant time and is unlikely to change the situation on the battlefield.

Most likely, Putin’s primary target audience is the Russian population. Mobilisation will involve more Russians in the war, making them the hostages of Putin’s military efforts.  Putin is desperately trying to present the war as a patriotic war that the Russian people are waging against the „collective West“. At the same time, officially, Russia continues to punish people calling Putin’s military operation war. We can expect an even more significant hardening of repression against dissidents who resist war and evade mobilisation. Symbolically, punitive measures preceded the announcement of the mobilisation.

The coming weeks and months will be a crucial moment to understand what the real „support for the war“ is among Russians and what remains of the alleged social contract between Russians and the dictator. There are many signs that most Russians show little enthusiasm about the war and further “territorial gains”.

Another Putin addressee is “collective West”, which is, by his own words, “is unwilling to negotiate”. Further threats of escalation, in his imagination, will make “real rulers of Ukraine” more accommodating.

In terms of international law, planned annexations will change nothing. States are under international legal obligation not to recognise any territorial changes declared by Russia. Any territorial concessions imposed on Ukraine under nuclear blackmail would also be legally null and void. Putin’s desperate attempt to change the game is unlikely to influence the resilience of Ukraine and its allies.

Today’s decision to escalate the aggression followed during the session of the UN General Assembly is another test for the international community. Perhaps it’s time to resume the ‘Uniting for Peace’ emergency session of the Assembly. States are free to assist Ukraine in defence of its independence and territorial integrity against aggression. Russia’s leadership also needs another clear reminder that what they do in Ukraine amounts to international crimes, and individual criminal responsibility will follow.

Today’s events also show that the Russian constitutional order is fully dismantled, and military dictatorship should be treated as such. Although it is not a popular view these days, States, including the EU members, should also think twice about introducing further travel restrictions and deporting Russian citizens, many of whom are hostages of the dictatorship. It is clear now that deportations or non-admission of refugees from Russia will mean sending them to the war of aggression or immediate prosecution for refusing to participate. 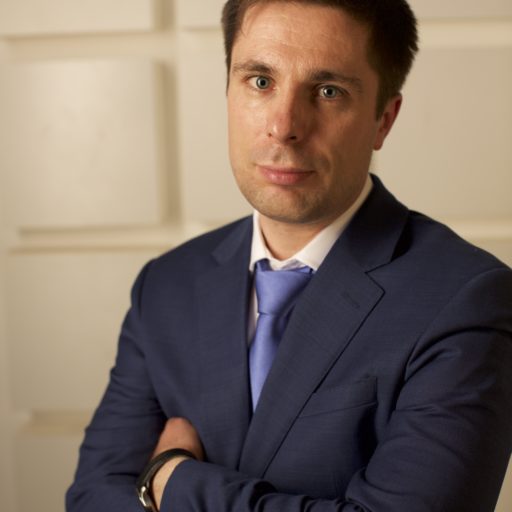 Other posts about this region:
Russland, Ukraine No Comments Join the discussion
pixel_not_set
Go to Top