Normality and Exception: The Advocate General’s Opinion in A.S. and Jafari

Returning from an International Law Conference in June 2015, I waited in Bolzano (Italy) to board the train to Munich. As the train entered the station, pairs of Carabinieri took position in front of every door of the train, checking valid travel documents of those who looked foreign to them. Still, some slipped by. Inside the train, Sub-Saharans wearing cheap plastic sandals and, despite the summer heat, ragged-down jackets, mingled with sun burnt vacationers and commuters. Occasionally, groups composed of Italian, Austrian and German police passed through the train, scribbling hastily into their notebooks. As the train arrived at Innsbruck, Austrian police entered the train and pulled every black person off the train, unless they could produce valid travel documents. The location of these practices varied: on other days, police entered the train already at the Brenner border or only in Munich.

Racialized practices aside (pulling black persons off the train), these scenes illustrated for many the fundamental maladies of the European asylum system. States’ policies of waving refugees through their territories, a number of legal scholars argued, blatantly violates the provisions of the Dublin Regulation and creates pull factors for more to come. Germany’s (and others states’) liberal position of receiving Syrian refugees was frequently denounced as suspending the Dublin Regulation. Dublin, it was said, was practically dead. Tolling the death knell of the Dublin system was frequently joined by calls for re-sovereignization.

On 8 June 2017, Advocate General Eleanor Sharpston delivered her Opinion in a case that goes to the core of what (infamously) came to be known as ‘refugee crisis’. On a broader, more systemic, level, the Opinion could be read as a history of the present bringing to the fore issues of geographical hierarchies and injustice and solidarity inscribed into the structure of EU law. On a more specific level, the case concerns two major questions. First, which EU Member State shall be responsible for examining asylum applications that were lodged between September 2015 and March 2016, the peak of the ‘refugee crisis’? Second, did EU Member States act contrary to their obligations under EU law by ‘waiving’ refugees through their territory?

Art 13 of the Dublin Regulation sets forth that the Member State where the irregular entry took place shall be responsible for examining the asylum application. As a large part of asylum seekers entered the EU first through Greece and then reentered through Croatia, applying the “irregular entry” criteria would result in Croatia being responsible for examining more than 685.000 asylum applications that fall only into the period of September 2015 to March 2016. Although the Slovenian Supreme Court referred the case A.S. first to the European Court of Justice in September 2016 and the Austrian Supreme Administrative Court, being aware about a pending preliminary reference, referred the case Jafari to the ECJ, the Austrian case merits some attention.

After a short period of openness, the Austrian shifted its priority to decrease the numbers of arriving refugees. The government amended its asylum laws, drastically limiting family reunification and introducing the infamous Obergrenze, and engaged in informal cooperation to shut the borders for refugees in the Balkan states. Moreover, the Federal Migration and Asylum Authority (BFA) started to declare asylum applications inadmissible identifying Croatia or Slovenia as the responsible Member State. As the ECJ ruled out transfers to Greece, as the first country of irregular border crossing, in its N.S. judgment, the question remained whether Croatia is responsible as the second state of irregular border crossing or whether responsibility is transferred to the state where the asylum application has been lodged (as Art 3(2) Dublin III Reg suggests). The policy of returning asylum seekers to Croatia has been challenged before the Austrian Supreme Administrative Court (VwGH) already in June 2016. The VwGH dismissed the complaints, arguing that, if an asylum seeker cannot be transferred to the original Member State responsible (Greece), the examination of the responsible Member State under the Dublin criteria had to be continued. Another interpretation, the VwGH argued, would result in asylum seekers being able to choose the Member State responsible for examining her asylum application. The “content of the norm at issue leaves to room for doubts”, the VwGH stated, and rejected the complainants request for referring the case to the ECJ. Yet, there was much room for doubt. AG Cruz Villalón argued in the Abdullahi case that, if the criteria of irregular entry cannot be applied (in regard to Greece), the next criteria in the list has to be applied and not the same criteria again. The issue at hand was anything from an acte clair, even under a more lenient “no appreciable doubt” test of the doctrine. The VwGH, as a court against whose decisions no remedy is available, ought to have referred the case to the ECJ. Yet, it only took action in another case after the Slovenian preliminary reference was pending before the ECJ.

Moreover, it was anything but clear whether in the context of states ‘waiving through’ policies the border crossings have been irregular in the first place. AG General Sharpston notes in her Opinion that the Dublin Regulation does not define the term “irregular crossing”. AG argued for an autonomous interpretation of its meaning, distinguishing “irregular crossing” from similar (but not identical) terms in other EU legal instruments. Whether a border crossing has been irregular is primarily a question of facts, i.e. formal criteria that have to be fulfilled set out in Annex II of the Dublin Implementing Regulation (e.g. entry stamp in a passport, crossing at an official border point). None of applicants fulfilled these formal criteria. Does that mean that they crossed the border irregularly?

No, AG Sharpston answers. Although these border crossings were not formally “regular”, they nevertheless cannot be classified as irregular in the meaning of Art 13(1) Dublin Regulation. AG Sharpston draws a difference between circumstances where individual persons clandestinely cross a border and a situation of mass influx in which the authorities “actively facilitated both entry into and transit across their territories.” [176] Referring to Art 78(1) TFEU, AG Sharpston notes that the EU treaties establish a difference between legal instruments designed for a mass influx of persons and examination of individual cases. This logic is based on the distinction between normality and crisis. EU asylum law was designed to apply in the realm of the former. What is at stake then, is a different issue: not legal responsibility (for examining an asylum application), but solidarity. Solidarity, however, is not the ground the Dublin Regulation was built on. The responsibility of Croatia for processing more than 685.000 asylum applications would inevitably produce a situation where no effective protection would be available and Croatia would not be able to fulfill its fundamental rights obligations. The key passage of the Opinion reflects that:

“The plain truth is that Article 13(1) of the Dublin III Regulation was meant to address the normal situation of individual border crossings and individual applications where the third-country national concerned enters an EU Member State illicitly from a third country. Neither that provision nor the Dublin III Regulation as a whole was designed to cover a situation of authorised border crossings by a mass inflow of potential applicants for international protection. That regulation is not aimed at ensuring a sustainable sharing of responsibility for applicants for international protection across the European Union in response to such an inflow of people. That is, however, precisely the background to the present references.” [189]

Does that mean that the Dublin Regulation is inapplicable to the cases at hand? Did the material actions of states – actively facilitating the entry into and transit across their territories – “suspend” the Dublin Regulation or the Schengen Borders Code? Or to reframe the question: did the necessities of humanitarian obligations trump legal obligations, such as, a few months later, the necessities of shifting public moods and migration management resulted in utter disregard of fundamental rights obligations?

AG Sharpston dismisses the views that States suspended the Dublin Regulation or that it is inapplicable in the present case. Instead, “States that permitted the applicants to transit through their territories acted consistently with their obligations under the Geneva [Refugee] Convention in so doing.” [173] This turn towards international law, the Geneva Convention, reflects the case law of the ECJ, who regularly states that the Geneva Convention constitutes the “cornerstone of the international legal regime for the protection of refugees”, and interprets the EU asylum directives “in a manner consistent with the Geneva Convention”. Art 31 of the Geneva Convention (to which AG Sharpston expressly refers to) underlines the fact that international law neither requires refugees to enter states in a regular manner, nor to seek protection in a specific state. It provides both a right (limited as it may be) to refugees to access fair and effective refugee status procedures and states facilitating that access. Instead of joining the ranks of those tolling the death knell of the Dublin Regulation, AG Sharpston points out that, as no state in the proceedings before the ECJ has voluntarily assumed responsibility, the responsible Member State could be identified on the grounds of Art 3(2) Dublin regulation: where an application for international protection has been lodged.

By interpreting the Dublin Regulation in the light of international law, the Geneva Convention, AG Sharpston provides new meaning to a generally restrictive instrument. This interpretation enhances in legal terms refugees’ agency, whose restriction is at the core of the Dublin system’s malaise. Admittedly, this interpretation is limited in time and space to the framing of a situation of exceptionality. Defining the situation from September 2015 to March 2016 as exceptionality or crisis also distracts from seeing the continuities (the ‘new’ peak of more than 65 million displaced persons globally (2016) or more than 72,000 boat arrivals to the Italian peripheries this year). If these continuities are the ‘normal’ situation, the Opinion might also be read as a cosmopolitan outlook towards legally enhancing refugees’ agency. 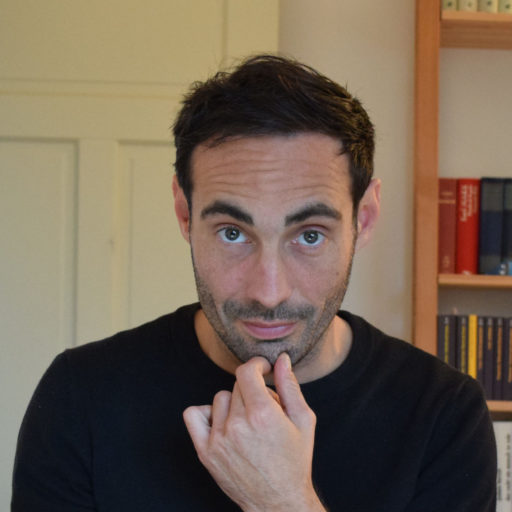 Stefan Salomon Stefan Salomon is Assistant Professor for EU law at the European Studies Department of the University of Amsterdam.