Not to be Pushed Aside: the Italian Constitutional Court and the European Court of Justice

A few days ago, with the decision no 20/2019, the Italian Constitutional Court (ICC) has set a new cornerstone in its relationship with EU law and, in particular, with the judicial treatment of issues covered by both national fundamental rights and the Charter of Fundamental Rights of the European Union. In so doing, the Consulta shows the intention to act as a pivotal institution in the field of judicial protection of fundamental rights.

In order to properly contextualise this decision, it should be pointed out that the Italian Constitutional Court  has recently experienced  a bit of a rough ride in relation to EU law. On the one hand, there was, as it may be recalled, the controversial final chapter of the Taricco saga. On the other hand, the ICC had previously produced a procedural breakthrough with regard to so called ‘dual preliminarity’ situations, i.e. when a national piece of legislation raises doubts of compatibility both with the national Constitution and with European Union Law. In that decision no 269/2017, handed down in December 2017, the ICC had included an extensive obiter dictum aimed at modifying some baselines of its previous approach. Firstly, the ICC highlighted that the entry into force of the Charter had changed the situation: Since the Charter “is a part of Union law that is endowed with particular characteristics due to the typically constitutional stamp of its contents”, it cannot be left to the ordinary judges to enforce its contents in domestic law. Whenever the content and the scope of application of a Charter’s right overlap with a right enshrined in the Constitution, priority must be given to the question of constitutionality, whatever the nature of the EU clause at stake. In that case the judge should thus be prevented from lodging a preliminary reference and instead involve the ICC so that the “centralized system of the constitutional review of laws” is preserved. He remains free, however, to set aside domestic law and to lodge a preliminary reference to the ECJ after the ICC has made its decision, if the domestic rule is held at odds with EU law “on other grounds”.

This decision was warmly welcomed or sharply criticized for different (and sometimes opposite) reasons. On the one hand, it allegedly gives back to the ICC the central position it had lost during the years of its displacement from judicial dialogue in EU fundamental rights issues. But on the other hand it has raised some concerns on the ‘internalization’ of remedies whenever the Charter’s rights are at stake and on the related curtailment of judges’ power to knock on the door of the ECJ.

With its latest decision (n. 20/2019), the ICC has clarified how its new doctrine applies to the case of ‘dual preliminarity’. The judgment is based on a referral of  the Administrative Tribunal of Lazio (TAR), who had questioned the constitutionality of the obligation of 140.000 public servants to disclose their personal data concerning income, tax payment declaration and financial situation to the public for the sake of transparency.

The referring judge argued that this is in conflict with fundamental rights both enshrined in the Constitution and the Charter. Respect for private and family life and protection of personal data, in particular, are called into question in relation to the quite more specific rules set out in Articles 6(1)(c), 7(c) and (e) and 8(1) and (4) of Directive 95/46, establishing in particular that the processing of personal data must be “adequate, relevant and not excessive”.

In this case, however, the ICC accepted the line of reasoning of the referring Tribunal, according to which it is, under ECJ case law (Österreichischer Rundfunk, C-465/00), up to the national judge to evaluate whether and to what extent the principle of proportionality of data processing has been respected, and even more so because the principles laid down in Directive 95/46 are in a “peculiar connection” with the Charter’s rights.

On this point, the ICC states that it is entitled to review whether those principles have been violated by the legislation at hand because they do not work in practice as clear directly applicable rules to which the common judge may refer to in order to solve the case. In so doing, the ICC relies upon the allegedly non-self-executing nature of proportionality principle in data processing so that a centralized constitutional review in light of the EU parameters appears justified.

This reasoning appears questionable. Direct applicability of EU rules mustn’t be mistaken with the vagueness or indeterminacy of their wording, which is not per se incompatible with their judicial implementation (as demonstrated by the same Österreichischer Rundfunk ruling of the ECJ). What’s more, even though the Explanations to Art. 8 of the Charter stress its origin from (among others) Directive 95/46, it appears rather finicky to state that such an origin can affect the nature of the right to the protection of personal data, depriving it of its direct effect potential.

At a more general level, the approach of the ICC shows its increasing determination to make the interpretation of EU law its own business, building on the idea that its scrutiny is now potentially able to capture every situation in which the scope and the field of application a constitutional right coincide with a fundamental right enshrined in the Charter or in a related secondary law legislation, whatever its nature or its legal effect.

It is probably too early to give a final assessment on this new doctrine, first of all because we all should wait and see whether, how and to what extent it will be confirmed in the next decisions. The increasing centralization of fundamental rights conflicts could even pave the way to a more dialogic approach of the Constitutional Court, e.g. through the extensive use of the preliminary reference procedure. But it should not be forgotten that this would come with a price tag: Ordinary judges would possibly be replaced in their role as the main interlocutors of the ECJ.

Finally, in relation to the obiter dictum of decision no 269/2017, the question is whether the new decision no 20/2019 reduces or expands the distance between the ECJ and ICC positions with regard to who has the last word about fundamental rights in the EU. It should be kept in mind that in 2017 the ICC argued that domestic judges should give precedence to the question of constitutionality before the ICC. Such a procedural priority was deemed to be necessary since a different approach would have threatened the effectiveness of the catalogue of constitutional rights and, even more, the power of the ICC to establish a centralized model of constitutional review, whose decisions are valid erga omnes.

One might come to the conclusion that the Italian constitutional judges now interpret that cumbersome procedural priority in a more EU-friendly way. Firstly, the ICC reiterates that the precedence of the constitutional review cannot affect the power of the ordinary judge to lodge a preliminary reference to the ECJ, but at the same time the Court states that a referral decision under Art. 267 TFEU can be made by the judge at every stage of the proceeding and for every reason she may deem it for necessary. In the 2017 decision such a possibility seemed to be limited for the referring judges to issues that the ICC had not dealt with.

Secondly, the ICC paves the way to a less rigid model of interaction with the ordinary judges: They are not prevented anymore from the prior involvement of the ECJ in the preliminary reference procedure when both national and European fundamental rights are at stake. In the 2017 decision, the ICC seemed to have codified its preeminence by making its prior involvement a necessity for judges.

In the light of this, would it have been unrealistic for the ICC to contemplate a request for a preliminary reference to the ECJ? The constitutional judges do not even mention that as a possibility, even if the private parties before the Administrative Tribunal expressly asked the ICC to take that into consideration. That referring judge (TAR) considered the law in question an acte claire is not a good reason for the ICC to exclude an Article 267 TFEU referral for itself. On the contrary, the first  ICC request for preliminary reference in 2013 to the ECJ in the incidenter tantum procedure has been sent to Luxembourg by the constitutional judges despite the fact the a quo judge did not have any doubts related to the interpretation of the relevant EU law legislation.

The ICC is keen to strike the balance between transparency and data protection at domestic level at the level of national constitutional law and not EU law. In the specific context of the need of balancing two colliding rights, it does not seem to be a bad idea to avoid giving the last word to the ECJ, given the fact recently the ECJ has taken a quite clear stance towards the enforcement of digital privacy in cases like Digital Rights Ireland, Google Spain, Schrems, at the expense of the right to freedom of expression.

Against this background, maybe it is not a coincidence that one of the first statement in the ICC reasoning of the decision 20/2019  recalls the wording of the recital no 4 of the General Data Protection Regulation 679/16  according to which “the right to the protection of personal data is not an absolute right; it must be considered in relation to its function in society and be balanced against other fundamental rights, in accordance with the principle of proportionality”.

This reference is important for the ICC to further justify the decision to focus, in its balancing exercise, more on the domestic parameters than on the European ones, so as to keep a conversation going between the specific features of national constitutional rights and those protected at EU level.

DOWNLOAD PDF
LICENSED UNDER CC BY NC ND
SUGGESTED CITATION  Pollicino, Oreste; Repetto, Giorgio: Not to be Pushed Aside: the Italian Constitutional Court and the European Court of Justice, VerfBlog, 2019/2/27, https://verfassungsblog.de/not-to-be-pushed-aside-the-italian-constitutional-court-and-the-european-court-of-justice/, DOI: 10.17176/20190324-205058-0. 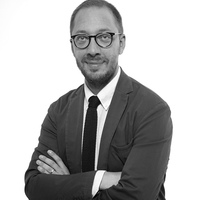