Freedom of Expression in France

9/11 made a deep impression on French public opinion, altering perceptions of the threat of terrorism and the vulnerability of democracy. It was primarily, though, the jihadist attacks within the country in the 2010s that put freedom of expression to the test in France. Whether they were indiscriminate attacks on anonymous crowds – the simultaneous attacks in Paris and Saint-Denis on 13 November 2015; the lorry attack in Nice on 14 July 2016 – or murders targeting people because of their religion – pupils at Jewish schools in Toulouse in March 2012; customers in a Jewish supermarket in Paris on 9 January 2015; a priest in Saint-Étienne-du-Rouvray in July 2016 – or of their function – soldiers and police officers on several occasions –, these events led to the enactment of anti-terrorism legislation that has redefined the balance between security and civil liberties, including freedom of expression.

Some attacks actually involved freedom of expression very directly: the massacre on 7 January 2015 at the editorial offices of the magazine Charlie Hebdo (which had published cartoons of the prophet Muhammad), or the beheading of teacher Samuel Paty in the middle of the street on 16 October 2020 (who had shown some of those cartoons to his pupils), were both presented by the perpetrators as reprisals to punish blasphemers. Coming as part of a long string of targeted killings worldwide that began with the fatwa against Salman Rushdie in 1989, these murders prompted new forms of self-censorship and revived controversies about the limits of freedom of expression in religious matters. The great emotional reaction stirred by these crimes was also exploited for political gain, with the defence of freedom of expression being hijacked by politicians in a paradoxical attempt to silence their opponents.

First-hand experience of jihadist terrorism has therefore summoned up a treble danger for freedom of expression: restrictions are advocated for the purposes of bolstering public safety, of avoiding causing offence to religious beliefs, and even of defending freedom of expression itself.

Terrorist attacks have made the prevention of radicalization a public policy requirement. The authorities have endeavoured to prevent jihadist indoctrination so as to avert the commission of attacks. An undertaking of this kind specifically involves the monitoring of terrorism-related speech, not only because of its immediate danger but also because of its influence on hearts and minds.

A recent demonstration of this approach is the law of 24 August 2021, strengthening the respect of the French Republic’s principles, which tightens state control over pronouncements made in places of worship. Stiffer penalties have been introduced for religious ministers in the event they should provoke discrimination, hatred or violence. A religious minister found guilty of making utterances glorifying jihadist terrorism may concomitantly be prohibited from attending a place of worship in the future. The prefect may close places of worship where such utterances are repeatedly proffered.

Endeavours to prevent radicalization have led legislators to contemplate imposing substantial limitations on freedom of expression. On three occasions, the Constitutional Council has rejected provisions that would make it an offence to consult on a habitual basis websites glorifying terrorism. It formed the view that merely accessing jihadist content did not have a sufficiently direct connection with terrorist violence to warrant it being made an offence.

Alongside the ex post monitoring of utterances glorifying jihadist terrorism, places conducive to their circulation are now subject to active surveillance by state agencies. In addition to websites and mosques, prisons have come in for particular attention because of the presence of persons found guilty of offences related to jihadist terrorism, as well as individuals deemed liable to become radicalized through their influence. In addition to deradicalization programmes, the prison authorities have introduced solitary confinement for anyone who is radicalized so as to avert any proselytism. These policies have come in for harsh criticism from the French Inspector of Prisons, because they allow the authorities to systematically monitor inmates’ communications with third parties. Their freedom of expression, which is already restrained, is thereby denied so as to prevent the recruitment of new terrorists.

The primary aim of targeted killings of news reporters, writers or artists accused of blasphemy is to silence their like by establishing a climate of fear through repeated acts of murder. The initial publication of the twelve drawings depicting Muhammad by the Jyllands-Posten in 2005 was already intended at the time, according to the Danish paper, as a response to self-censorship concerning Islam, further to the killing of Theo Van Gogh the year before. That publication initiated a sequence that led to the Charlie Hebdo massacre and Samuel Paty’s murder. The dissuasive effect of those attacks, while confirmed by testimony about cancelled exhibitions or topics avoided in the classroom, is hard to gauge. However, it is easy to identify the explicit calls for self-censorship they prompted. Some commentators suggested not publishing caricatures, since, although they form part of the national tradition of satirical drawings in the press and are legal in French law, in other contexts they are not readily understood and appear outrageously blasphemous.

However, outright calls for a redefinition of the legal limits on freedom of expression were rare. They came for the most part from representatives of the Roman Catholic Church. Pope Francis reacted to the attack against Charlie Hebdo by affirming that freedom of expression should be practised “without giving offence”. However, the offence of blasphemy was abolished in France by articles 10 and 11 of the Declaration of the Rights of Man and of the Citizen and by the 1881 Press Freedom Act. Under the Fifth Republic, the courts have consistently reiterated that freedom of expression cannot be limited other than by the 1881 Press Freedom Act, which does not recognize any right not to be offended.

However, religious groups have sought to reinstate the offence of blasphemy in a new guise, no longer as an outrage against the divinity but as an infringement of religious feelings. This argument had already been made by Catholic associations seeking a ban on Jacques Rivette’s screen adaptation of Diderot’s The Nun in 1966. It was taken up again by Muslim and Christian groups to denounce the publication of the Satanic Verses and the screening of Martin Scorsese’s The Last Temptation of Christ in 1989.

Now for the first time this line of argument has been taken up not just by religious figures but by intellectuals engaged in the fight against discrimination and especially discrimination against Muslims. It has been suggested that the protection French law affords to speech that is offensive to believers is incompatible with article 1 of the French Constitution which states that the Republic “respects all beliefs”. Yet this claim is based on a clear failure to distinguish between the neutrality of the state with regard to all beliefs (religious or otherwise) and the right of individuals to freedom of expression. French law does not place private individuals or entities under any obligation to show themselves to be “respectful” of religious beliefs (or any other beliefs) when expressing themselves. Any statutory duty of the kind, the implications of which are unclear, would leave little scope for open discussion of religious issues, or of moral and political ones for that matter.

The appropriation by new actors of the argument invoking a speaker’s alleged obligation to respect religious beliefs is intended, among other things, to counter the discourse that seeks to stigmatize French Muslims by instrumentalizing the defence of freedom of expression against terrorism. However, this reaction is tantamount to suggesting that freedom should be limited so as to counter the pronouncements of those who instrumentalize it. The outcome is a pernicious failure to separate the question of freedom of expression from the question of the fight against racism and discrimination. One particularly disturbing consequence of this is the erasing of that all-important difference between offensive speech that importunes beliefs and hate speech that attacks people.

Censorship in the name of freedom of expression

A further aim of jihadist attacks is to deepen divisions within the societies that they strike – tensions between Muslims and non-Muslims but also between supporters of contrasting understandings of terrorism or Islam. In France the attacks have turned the defence of freedom of expression against terrorists into a watchword to rally around, but also into a tempting rhetorical weapon for those out to silence their opponents. This dynamic became apparent within hours of the Charlie Hebdo massacre. In the name of the defence of freedom of expression, enjoinders to be silent immediately sprang up, waving the threat of an accusation of complicity with the terrorists. They were aimed both at critics of the satirical magazine, suspected of conniving tacitly with the terrorists, and at cartoonists, accused of playing into the terrorists’ hands by misusing this freedom. These would-be defences of freedom of expression failed to realize that it can be endangered not just by murderers and state censorship but also by intimidation and social pressure.

The temptation to invoke freedom of expression to silence opponents has spread to the governmental sphere in recent years. After the murder of Samuel Paty, France’s Education Minister joined in a media campaign against “Islamo-leftists” who supposedly populated universities, student unions and left-wing political parties, asserting that they “promote an ideology which then, from time to time, leads to the very worst”. This rhetoric, designed to compromise diverse actors on the political left by associating them with jihadist terrorism, makes a dual call on the defence of freedom of expression: by dismissing the opponents so designated as being on the side of the armed enemies of this freedom and by suggesting those same opponents impose an informal censorship in some parts of society. For that matter, as controversies come and go, Islamo-leftism has found itself associated with cancel culture and then wokism, to form a putative threat that seems all the more menacing because it is indeterminate.

Rhetoric of this kind encourages self-censorship, out of fear of being publicly branded the ally of murderers and the enemy of freedom of expression. It may also lead on to legal forms of censorship. In this respect, academic freedom has been in the crosshairs, after France’s Ministers of Education and Higher Education, backed by conservative intellectuals, depicted the universities as being blighted by dangerous and liberticidal ideologies. An amendment was passed by the Senate in October 2020 – before being entirely rewritten – so as to “maintain the freedom to teach”, further to the murder of Samuel Paty. What it proposed, however, was to limit academic freedoms, stating that they “are exercised in keeping with the Republic’s values”. It being uncertain what the content of such values might be, since they supposedly go beyond the laws already in force, an obligation of the kind would have lent itself to all sorts of disquieting political interpretations. The defence of freedom with regard to the terrorist threat is thus invoked to justify disturbing attempts to extend political control over universities.

The threat created by jihadist terrorism for freedom of expression is a particularly serious one in that it operates on several levels. It provides an incentive to sacrifice freedom of expression to the fight against terrorism, it impels people to avoid forms of expression that the killers condemn, and it provides political actors with an effective pretext for silencing or censuring certain voices. Genuinely defending this freedom means not giving ground on any of these fronts. 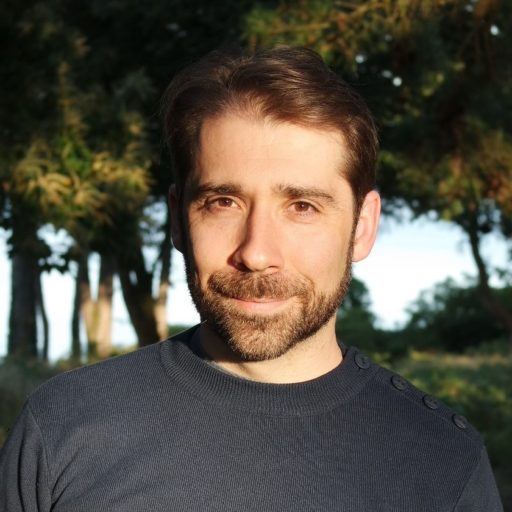 Charles Girard Charles Girard is an Associate Professor in Legal Philosophy at the University of Lyon. He writes on democracy, fundamental rights and freedom of expression, and lead the EGALIBEX research program on freedom of expression and equal participation. He is the author of Délibérer entre égaux. Enquête sur l’idéal démocratique (Vrin, 2019). 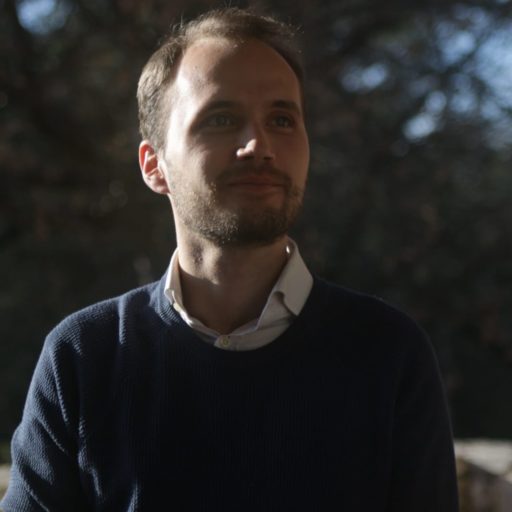 Pierre Auriel Pierre Auriel is a postdoctoral researcher at the University of Lyon and a member of the EGALIBEX research program. He writes on freedom of expression, rights of marginalised population, asylum law and the protection of fundamental rights in European Union law. He is the author of L'équivalence des protections des droits fondamentaux dans l'Union européenne (Bruylant, 2020).
Other posts about this region:
Frankreich No Comments Join the discussion